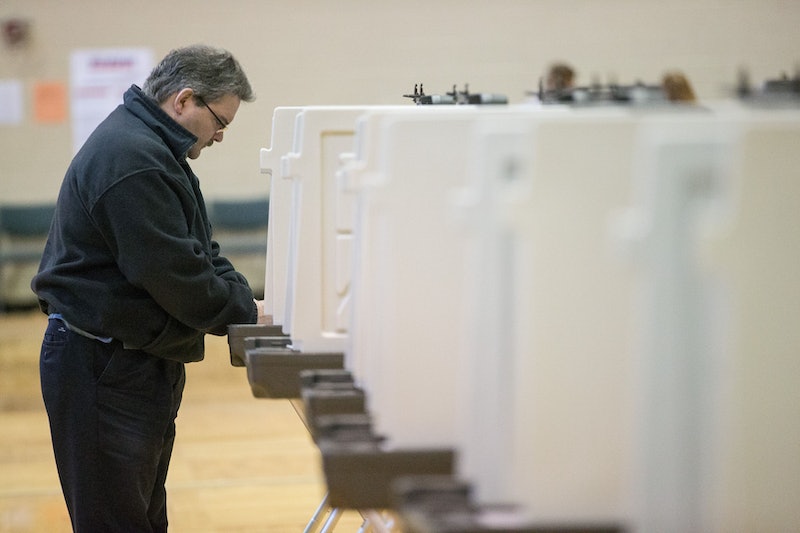 Indiana is up next on the 2016 primary election calendar, with both the Republicans and Democrats holding contests on May 3. With Sen. Bernie Sanders trying to narrow Hillary Clinton's increasingly daunting delegate gap, and Donald Trump inching his way closer to the Republican nomination, the race matters on both sides of the aisle. Indiana is a particularly important state, as it offers more delegates than any other in May. How many delegates does Indiana have?

As with all states, the answer is different for Republicans and Democrats. There are 57 Republican delegates and 83 pledged Democratic delegates at stake in the Hoosier state. Indiana also has nine Democratic superdelegates; these party VIPs aren't locked into supporting any candidate until the party's national convention in July, and can vote for whomever they wish, regardless of how the state's voters cast their ballots on Tuesday.

Both Sanders and Clinton are likely to come out of Indiana's primary with a good number of delegates. The state allocates its Democratic delegates proportionally. It has 56 congressional district delegates; a candidate wins roughly the percentage of delegates from each district that he or she gets of the district's primary vote. The remaining 27 pledged delegates are divvied up based on the percentage of the vote each candidate receives statewide. Real Clear Politics' average of polls conducted in Indiana during the end of April show Clinton at 50 percent in the state compared to Sanders' 43.2 percent.

The Republican Party allocates its Indiana delegates in a trickier way. Thirty of them go to whichever candidate wins the statewide vote. The remaining 27 are congressional district delegates, three for each of the state's nine districts. Whichever candidate wins a district gets all three of its delegates. This winner-take-all method is likely to benefit Trump, who's polling an average 10 percent ahead of Sen. Ted Cruz in the state.

If Trump takes a significant chunk of delegates by winning the state and in most of its congressional districts, this will be a real blow for Cruz. Not only would it hurt his efforts to keep Trump from reaching the 1,237 delegates he needs to clinch the nomination, but it would also add insult to injury. One of the main demographics of Cruz's voter base is evangelicals, who make up 31 percent of Indiana's population.

Will Clinton further expand her lead? Will Cruz cry himself to sleep? Keep a close eye on Indiana's results Tuesday night to find out how the big-delegate state votes.