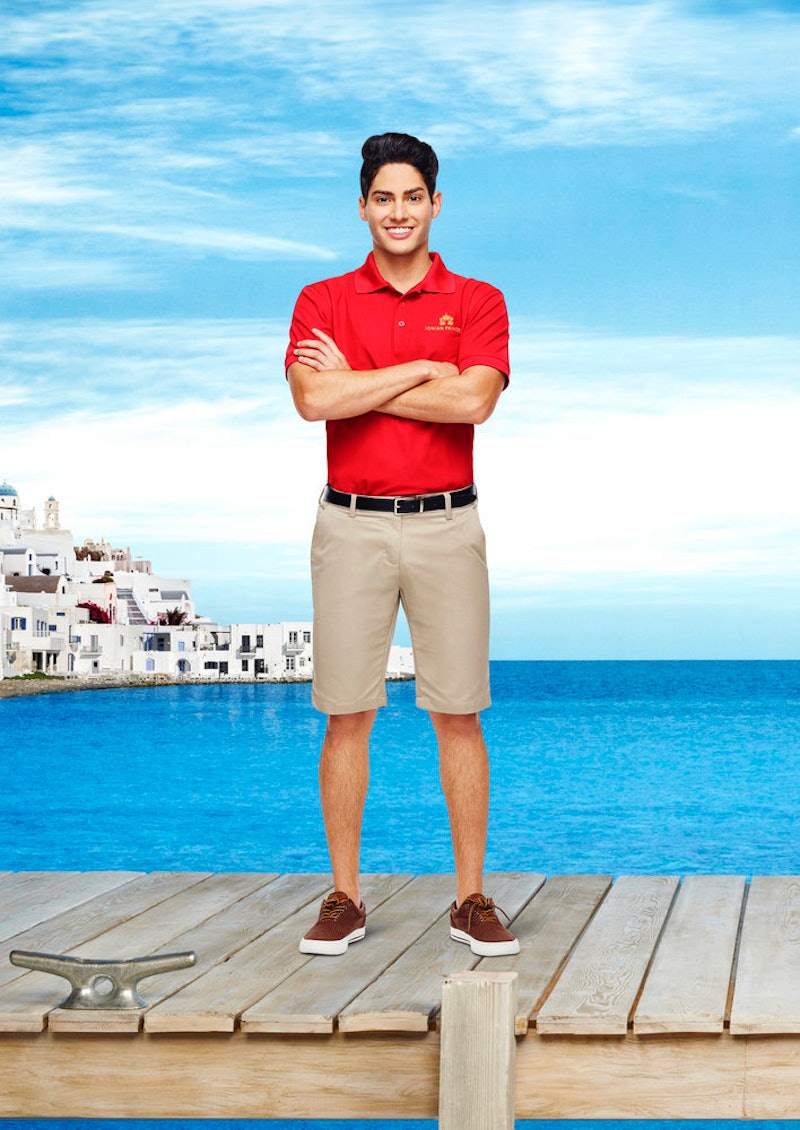 Every ship has its roles, ranging from captain to steward and everything in between. But beyond those official jobs, there are other positions that need to be filled for the well-being of the crew. On Below Deck Mediterranean, deckhand Danny Zureikat is the joker of the Ionian Princess. While it's good to have hard-working professionals in any professional environment, work can become very boring, very quickly if there's no one there to lighten the mood. And in the case of Below Deck Mediterranean, that's where Danny comes in.

According to his Bravo bio, Danny has experience in catering — he's even catered to Mark Anthony — but it's his background as a model and a penchant for performing that make him an ideal presence to have when out on the ocean for extended periods of time. While Danny himself seems to be a perfect fit for yacht work, his love of beaches and travelling makes yacht work a perfect fit for him. This harmonious aligning of interests will make his time on Below Deck Mediterranian more of a vacation than a job, but if he's not able to be professional when the situation requires he could find himself getting thrown into hot water. Here's a taste of the antics fans can expect from Danny while he's on the Ionian Princess.

Danny's aspirations of being a model make him an ideal candidate for the luxurious clientele of the Ionian Princess, but he might have trouble remembering that he's a deckhand and not a guest.

Danny's motivation to get what he wants in life has helped him get aboard the Ionian Princess, and will probably help liven the mood of his yachtmates when spirits are down.

Danny is a goofball at heart, which means every now and then he's bound to go into Karate Kid mode and goof around the yacht. As long as the guests find it amusing, it seems that there's no harm in trying to get some laughs on the open seas.

He's A Fan Of Broadway Musicals

Danny's positive disposition and familiarity with being in front of cameras make a lot more sense when you know he's a fan of Broadway musicals. His chipper spirit and upbeat attitude will likely be the closest the Ionian Princess will ever get to having a real Broadway spirit roam the deck.

Who else sees a red Starbucks cup and sees an opportunity for an Office Space parody? Danny's creative spirit is exactly what the crew needs about the Ionian Princess to distract from the day-to-day work that goes into managing a Yacht.

Danny's tendency for showmanship and entertainment makes him an ideal candidate to be rubbing shoulders with the guests that make their way onto the Ionian Princesa, but it could also lead to conflict with some of the more professional crew members. However, if anyone can talk their way out of trouble on Below Deck Mediterranean, it's likely Danny.