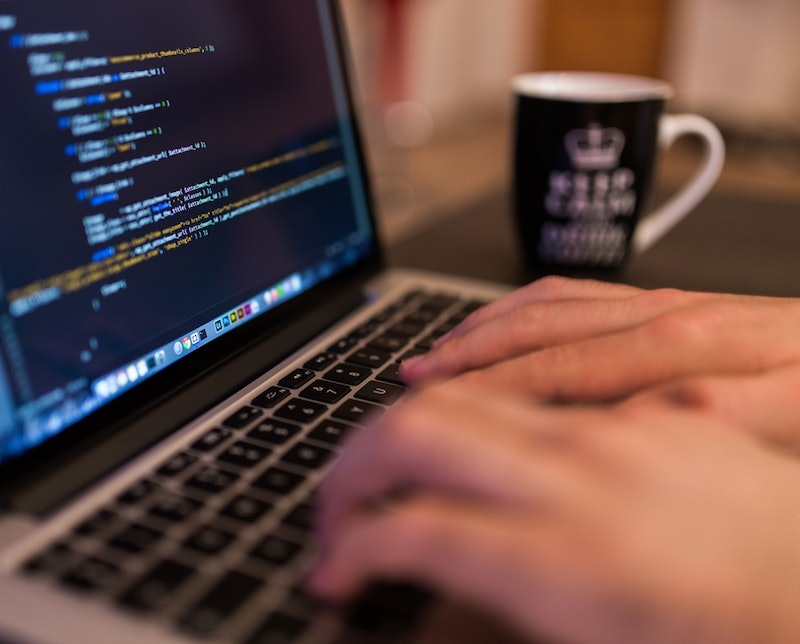 The way that books are selected for publication has remained basically the same for years: editors read over a manuscript and decide if they think it has potential and is a good fit. But that could be changing: The publishing platform Inkitt has teamed up with Tor to release the first book picked by an algorithm. Which could be the beginning of the end of the old-school "actually reading the manuscript" method.

Inkitt, which describes itself as "The Hipster's Library," is a platform that allows users to read books that haven't been published yet — or to "fall in love with novels before they go mainstream." And using an algorithm that analyzes reading patterns on the site, they've identified what they think is the world's next bestselling young adult novel: Bright Star by Erin Swan. The algorithm identifies it as "highly-addictive" and publisher Tor apparently agrees because they've agreed to publish the novel.

For all that books can seem like an old-school medium, even with the rise of ebooks, this isn't the first time that computers have made inroads into the publishing world. Earlier this year, for example, news broke that a computer wrote a novel and almost won a literary prize. But this is the first time on record that a computer has picked actually chosen a book for publication. And that could have major implications.

“This book deal sends a clear signal to the publishing industry that predictive data analysis is the way of the future,” Inkitt’s Founder and CEO, Ali Albazaz, said in a press release. “Inkitt is at the forefront of the movement to use predictive data in publishing and this deal shows that our business model works. We are so excited to be able to help Erin kick off her career as a novelist – and we already can’t wait to get our hands on the next book in the Sky Rider series.”

So will algorithms be the way of the future? Will publishing houses start relying more on focus-group like reader pools than on editor's judgment? I suppose it is possible. After all, publishing is full of stories of editors who passed over blockbuster bestsellers like Twilight or Harry Potter . Using an algorithm to actually test what works best with readers could theoretically makes those mistakes more rare, and thus might be attractive to publishing houses not wanting to miss out.

But personally, I still remain skeptical. After all, publishing is more complicated than simply selecting the best book out of a stack. Editors often work extensively with authors to polish a manuscript, meaning the selection process is often less about what seems perfect and what seems like it could be. And machines are still not that great at detecting potential.

Still, it will be interesting to see whether anyone else tries out this trend.

More like this
This Episode 6 Moment Foreshadows Viserys' Fate On 'House Of The Dragon'
By Grace Wehniainen
Nicola Coughlan Shared A Lady Whistledown Excerpt From ‘Bridgerton’ Season 3
By Grace Wehniainen, Alyssa Lapid and Sam Ramsden
Ling Ma Is Back — This Time, With Yetis
By Kate Dwyer
Romance Authors Are Mobilizing For Reproductive Rights
By Natalia Perez-Gonzalez
Get Even More From Bustle — Sign Up For The Newsletter