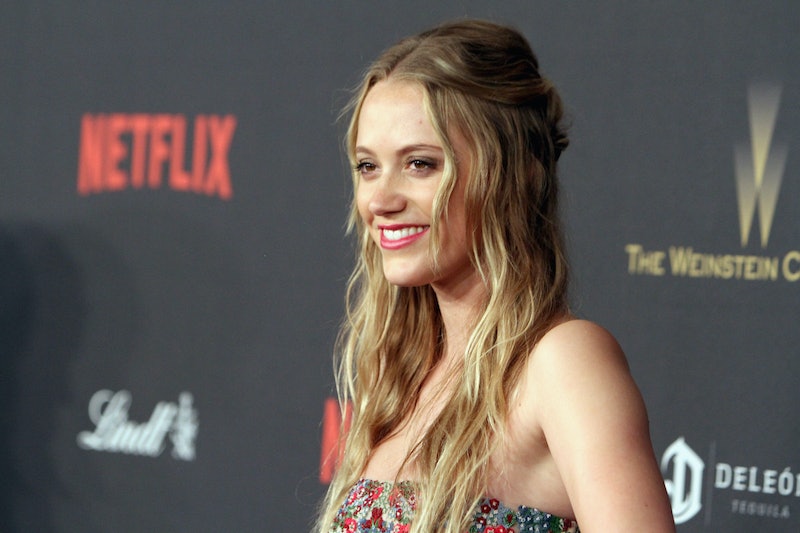 If you saw alien invasion movie The 5th Wave, you may not have recognized Ringer as actress Maika Monroe. The actress, who starred in the delightfully creepy horror flick It Follows in 2015 and will appear in the upcoming Independence Day sequel, definitely doesn't rock her characters choppy black hair or intense eyeliner on the red carpet. But it's not just Ringer's edgy style decisions that made Monroe so eager to take on the role — it's Ringer's overall badassness. In this exclusive clip from The 5th Wave , Monroe talks Ringer and why she wanted to play this role in the first place.

"I looked into the book and this character and kind of fell in love with this role," says Monroe of her 5th Wave character. "I think there's something so cool about strong women in film."

Though the movie is filled with strong roles for women, Ringer is certainly one of the standout characters. In The 5th Wave, Ringer is one of the teenagers recruited by the military to take down the aliens still living amongst humans. Though Ringer is skilled at physical combat, she lacks the discipline and desire to follow orders that one might expect would come easily to a soldier. But while Ringer might be a soldier by title, she's a rebel at heart. Ringer follows her own rules, and, when she senses things are wrong in the makeshift military, she takes a stand.

Check out Monroe's interview below: