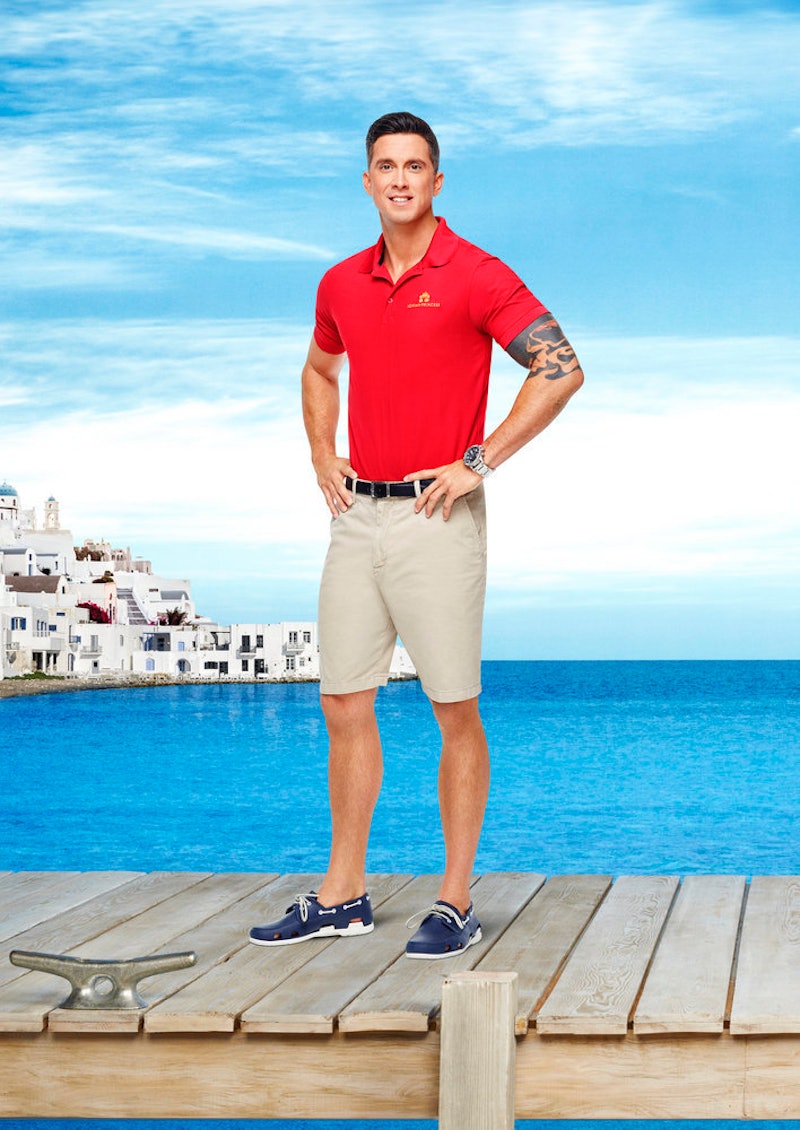 Working on a yacht is not easy work — it’s not like a regular office job where, if you get sick of your colleagues, you can go home and complain about them to your friends and significant other. When you’re on a boat, you’re stuck with with all of those people until the job is done. That’s why there are so many fights and so much hooking up on Below Deck, which is bound to cross over to the spinoff Below Deck Mediterranean. That series starts on Tuesday night, and I already want to know who is hooking up with whom — is deckhand Bobby Giancola single on Below Deck Mediterranean ?

According to his Bravo profile, Bobby is a native of central Florida who came into yachting sort of by accident. After going through a bad breakup, he opted to leave his job as a maritime firefighting instructor and give yachting in the Mediterranean a go. Amazing what a breakup can do to change your life, right? His bio goes on to say that Bobby is “single and ready to mingle,” so I guess we can take that at its word.

So Bobby is single — that’s cool. According to his social media profiles, he looks way too busy to even be contemplating a relationship. Here's what he’s been up to when he’s not working.

Bobby Is Hanging With His Crew

Bobby spends a lot of time with the crew members on the yacht, but it seems like they actually like each other, because they are consistently hanging out. Here he is with Hannah, the Chief Stew on the yacht — they’re hamming it up for the Bravo interviews. I wonder how much fun they are on the boat.

Bobby Is Getting To Know The Bravo Family

Jax, Schwartz, and Bobby all walk into a bar… it’s not a joke. It’s just a thing that happened, as evidenced by this snap on Bobby’s Instagram. I wonder what Bobby and Jax talked about…

He spends all of his time on a yacht, so it’s no surprise that maybe Bobby would want something that moves a little faster. Maybe like a jet ski? He got some serious air in this video — you can almost feel the spray from the ocean.

Bobby Is Getting Inked

Bobby has plenty of tats, so what’s one more to add to the collection? Do you think he has a special tattoo in commemoration of being on Below Deck Mediterranean? Pics or it didn’t happen, Bobby.

Bobby Is Spending Time With The Fam

Sure, he’s an adventure seeker and a firefighter, but Bobby also has a soft spot for his family.

Okay, so Bobby from Below Deck Mediterranean? Totally single, but he’s living it up when he’s not working on the yacht. Who needs a relationship when you can jet ski whenever you want?

More like this
What’s New On Netflix: A Victoria Justice Rom-Com & The Return Of David Letterman
By Arya Roshanian
Twitter Is Upset About The 'American Idol' Top 3 Results: "Who TF Is Voting?"
By Jake Viswanath
Everything We Know About Chèrie & Jessey’s Abrupt Exit From Bling Empire
By Alyssa Lapid
There's Plenty Of Drama Brewing To Warrant A 'Summer House' Season 7
By Brad Witter
Get Even More From Bustle — Sign Up For The Newsletter