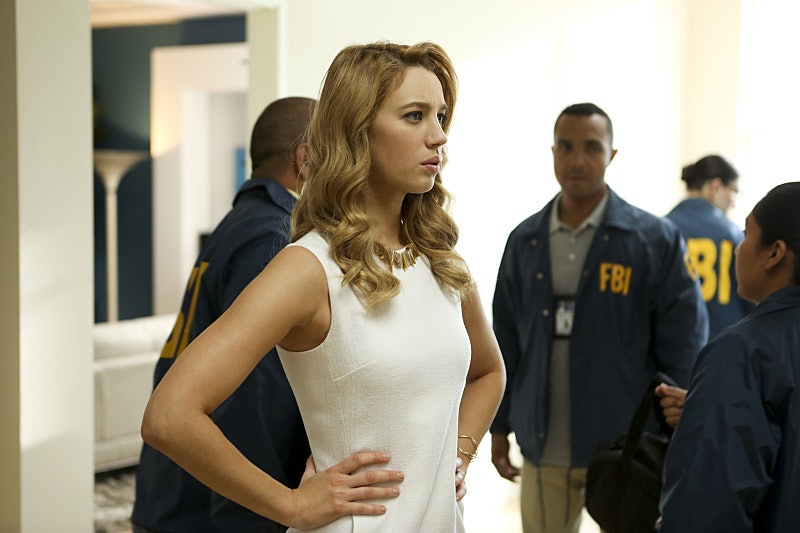 We should've known this friendship wasn't going to last forever, yet I was hoping that it would go on for a little longer than this. Jane and Petra had a fight on Jane the Virgin and it's all thanks to the meddling of Aneska, Petra's twin. After finding out about the classified ad Aneska wrote on her University's website, Jane enlisted Petra's help in figuring out whether or not her sister was indeed responsibility for the whole thing. But when Aneska mentioned how she'd overheard Jane refer to Petra on the phone as a bad mother, the whole thing escalated pretty fast and started to snowball into a full-on feud. In fact, Petra even went so far as to deny her sister's involvement in the prank, even though she knew better.

Granted, I know that this is a drama-centric series, so this is sort of thing is bound to happen from time to time. But I can't deny that I was sorry to see these two characters on the outs so soon. It feels like they only just started being friends a few weeks ago, so to see all of that start to crumble is upsetting. I get that Petra would feel defensive toward her sibling since she's pretty much the only real family member that Petra has these days. (Well, one that actually seems to care about her, anyway.) It just wish that their growing closeness didn't have to sacrifice everything that Petra has built with Jane.

Yet, it doesn't look like things will be getting better between the two of them anytime soon. Even Petra's planned Mother's Day brunch-turned-to-lunch wasn't enough to rectify the situation. Jane tried to confront Aneska and convince her to come clean for what she's done, but once again Petra insisted that she was innocent.

Eventually, Aneska just came clean about the whole thing, but ended up accidentally throwing Petra under the bus in the process by admitting that she'd been lying to Jane the entire time. That is something that Jane will not easily forgive. Let's just hope that these two are able to work things out, especially now that Aneska is starting to impersonate Petra, which seems highly suspicious. Petra's going to need a friend like Jane in her corner.