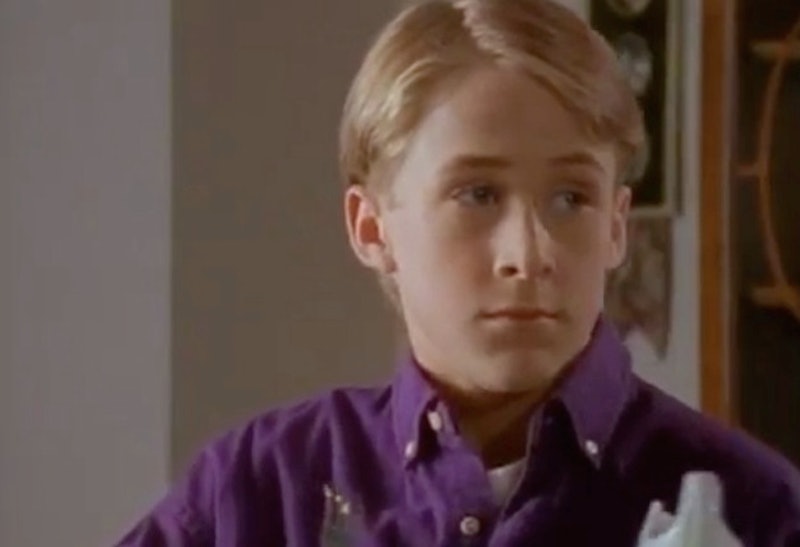 If you follow millennial protocol by being a little too obsessed with your childhood, it’s a safe bet that you mainline ‘90s Nickelodeon cartoons on the regulars... and sometimes a few early 2000s picks, if you’re getting crazy. And now that you’re older, wiser, and The Splat keeps you updated on celebrity cameos, you may have noticed all the famous people in Nickelodeon shows. Be it tiny before-they-stars celebs, or big name adults that popped by the kid’s channel, it’s an incredible thing.

And we’re not just talking about all Adam West or Tim Curry’s recurring gigs on the channel. Please. If you listen hard to your favorite animated classics, you’ll hear some of your favorite real life voices. And if you even skim the surface of live action favs like The Adventures of Pete and Pete or Are You Afraid of the Dark?, the amount of famous celebs in the mix almost gets absurd. But if you don’t believe me, I paged through YouTubes and found video evidence. Granted, some of them are in serious VHS quality but... hashtag vintage?

Whatever, it should still be a trip. Feel free to scroll down and revisit some of your favorite Nick shows with some unexpected yet familiar faces.

Blair played Big Pete's love interest for an episode... and she played it blonde, which is totally visually confusing.

Buscemi had not one, not two, but three solid appearances on The Adventures of Pete and Pete playing Ellen's father and Big Pete's guidance counselor. A guest appearance on a Nick children's show is definitely a far cry from HBO (and, you know, a monumental film career), but it feels like a reasonable place to stop by in the early '90s.

Whaaaat? Campbell and her perpetually furrowed eyebrows made it into a horror TV show? In the '90s? That seems so wildly off-brand for her.

Enjoy this little bit of magic from Kenan and Kel: after getting bamboozled by the boys (and some chili?), Cardellini pulls a middle-school-Mary-Grace by screaming she's not a witch. She seems like a lovely orange-soda-loving girl who just happens to wear a bunch of black. Chill, Kenan.

Here's big-time name that got her start on Are You Afraid Of The Dark?, and, on that note, someone else who started from SNICK and moved up to the ultimate after-hours programming of not-TV-but-HBO. With, you know, some stops along the way.

Hey girl, you already know this. You've already been waiting for this. Baby Gosling was a guest star on (wait for it) Are You Afraid of the Dark?.

Who would guess that Arnold's illicit teacher crush would turn out to be Elaine Benes?

Before the days of Buffy and Gossip Girl, Trachtenberg had a few solid gigs on Nickelodeon, playing minor roles in both Clarissa Explains It All and The Adventures of Pete and Pete. And, lest we forget, she was also the titular Harriet in the Nickelodeon produced Harriet the Spy.

True life: Dawson was Melissa Joan Hart's first kiss. It doesn't get any more '90s than that.

Doesn't this list just make you want to go back and re-watch all this '90s gold? You're welcome.