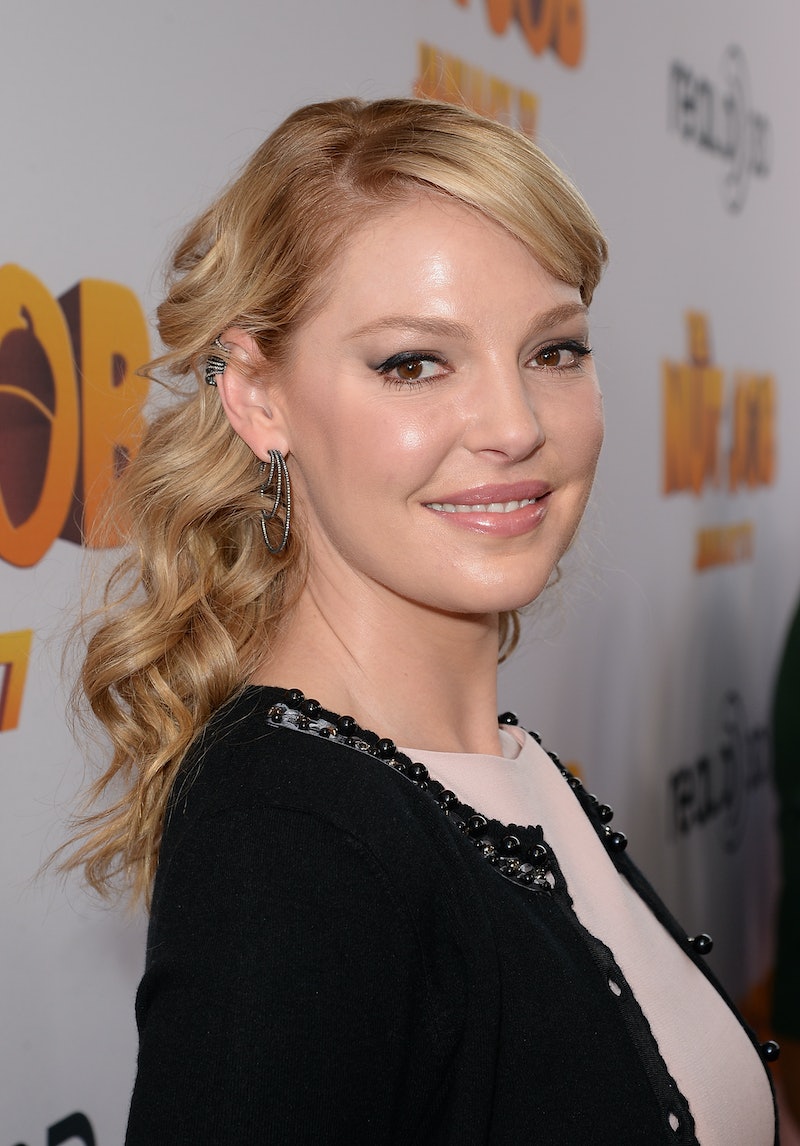 Amid reports that Katherine Heigl was a diva, hard to work with, and had an overall bad attitude on film sets, fans didn't take the news too well and kind of dumped her as a rom-com queen. The last straw may have been in 2008, when the actress personally withdrew her Emmy nomination for Grey's Anatomy, blaming writers that she wasn't given substantial enough material to warrant an Emmy. Now, Heigl has tried to do a 180 on her image and reputation, and fans aren't buying it. Literally aren't buying it. Heigl's new film, Jenny's Wedding , is being crowdfunded on Indiegogo, and currently has raised $18,443 of its $150,000 goal. Now, Katherine Heigl is personally asking fans to help pay for Jenny's Wedding in a video on the site.

“We could really use your help! We have lots of really fun, exciting perks... We really cannot do it without you," Heigl says. It doesn't help that her enthusiasm feels a bit forced, since she's trying to eat humble pie and get her movie off the ground at the same time.

The "perks" that the 27 Dresses actress speaks of are for donors, but most of them haven't been purchased yet. So far, only three people are interested in a signed movie poster by Heigl for $200, and only one wants an "Official Wedding Album" signed by Heigl for $300. Nobody wants a signed poster from Heigl, who plays Jenny, with a "personal message" for $400 yet. I'm hearing crickets. The cut-off is March 28 for the film's goal, so it ain't looking good for the cast.

Do people want Jenny's Wedding to fail because Heigl plays a lesbian and they don't want her (or anyone straight, for that matter) to receive critical acclaim for playing a lesbian? Or are people just over Heigl completely? This film may mark her 28th — and final — wedding dress.

You can watch Heigl's plea below:

More like this
The 'Love, Lizzo' Harry Styles Scene Is Just 1 Moment That Made Fans Feel Seen
By Brad Witter
This James Bond Event At Abbey Road Studios Was A 007 Fan's Dream
By Samantha Rollins
Katherine Ryan Has The Funniest Response For Those Who Doubt Her Husband
By Alice Broster and Darshita Goyal
Christine McVie Dies At 79 & Fleetwood Mac Reacts With Touching Tributes
By Radhika Menon
Get Even More From Bustle — Sign Up For The Newsletter