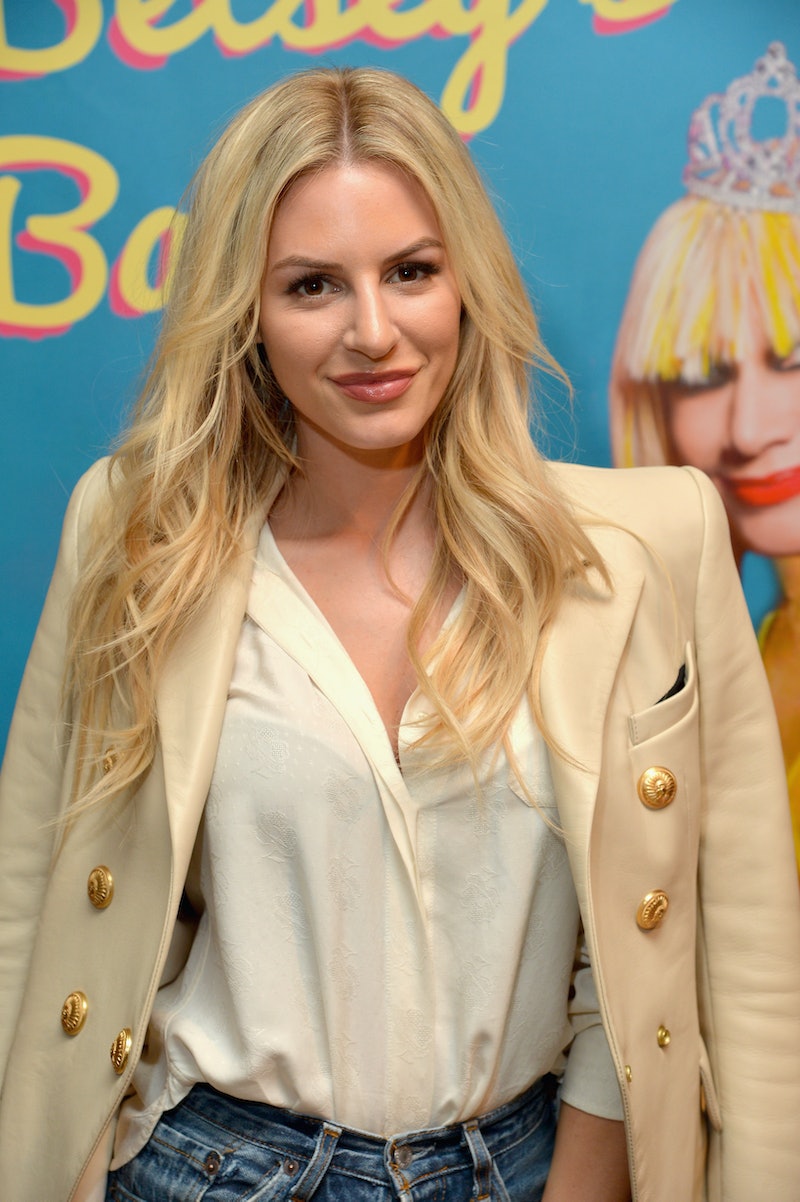 According to Wetpaint, Morgan Stewart is worth reportedly $5 million. And, that makes her the second richest of her Rich Kids co-stars, second only to her best friend and co-star Dorothy Wang, who’s wealth is estimated at $10 million, according to the same site. But how did Morgan Stewart’s family get so wealthy? Bustle's Caitlin Flynn previously reported that her father Herb Stewart is a successful architect and is responsible for the family’s wealth. Flynn wrote, "He's the owner and president of H Construct, Inc., which specializes in high-end retail and historical restoration. His projects include luxury stores throughout Beverly Hills, the most notable of which are along Rodeo Drive.”

As a result, Morgan is a socialite and reality TV star who lives a life of luxury. She has spoken openly about flunking out of college in New York and she told E! it was her “$150,000 vacation,” because she did not return with a degree. So, where is her money coming from? Here are all of the factors contributing to Rich Kids Of Beverly Hills star Morgan Stewart’s opulent lifestyle.

She gets paid for the show, plus there are major perks to being reality TV famous.

2. She Is Also A Producer Of The Reality Series

She and Dorothy Wang are also apparently producers on Rich Kids.

Morgan has a lifestyle blog name for her favorite things, her own boobs and Christian Louboutin shoes.

Morgan is marrying her Rich Kids co-star Brendan Fitzpatrick, though, according to the aforementioned Wetpaint article, Morgan will be the household breadwinner as Brendan's net worth is less than hers at just $500,000.

Let's be honest, Morgan's wealth comes from her family's money. In that aforementioned E! interview, she openly admitted, "I don't have any of my own money ... I happen to be a little bit of a late bloomer and I'm trying to do something a little bit more creative. I could go to med school but that's not the path I chose. That's not where my gifts lie."

And, if it works for her, then that's great.