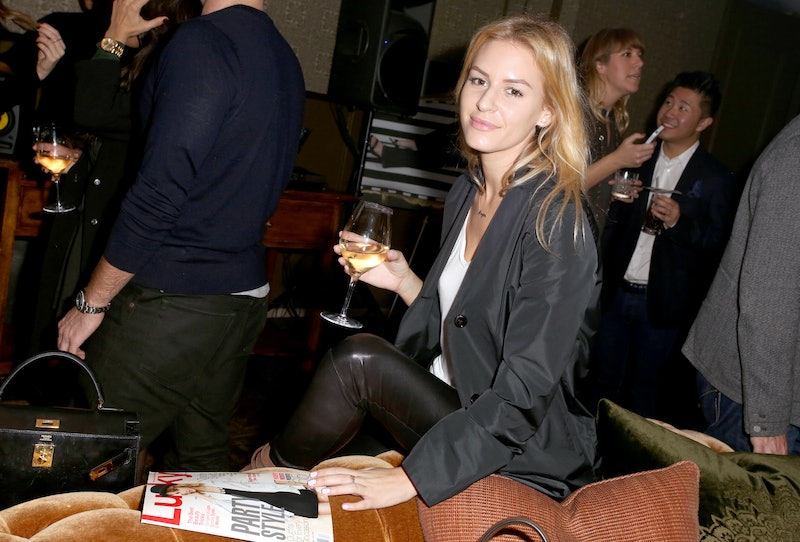 As a fairly new viewer of Rich Kids of Beverly Hills, there have been two pressing questions on my mind: Why is "kids" in the title when the cast members are all twenty-somethings? (Although, I don't entirely mind this loose use of the term, because I guess that means I'm technically still a kid.) And, where do the Rich Kids of Beverly Hills get all this money? More importantly, how did bride-to-be, Morgan Stewart get so rich? Louboutins and Birkins don't grow on trees, so she must be pretty well-off. Who would have guessed? And, I don't say that because of the giveaway "rich" in the show's title — it's more that she can't stop talking about how much money she spends.

A big focus of a recent episode was the wedding planning for the upcoming nuptials of the hilarious fan favorite Morgan Stewart and cast-mate Brendan Fitzpatrick. Although Brendan was born into wealth, he is now self-sufficient as a successful real estate agent at a luxury firm. According to The Richest , his net worth is $500k. Morgan is a different story. Her net worth is estimated at $5 million and, on the show, she freely admits to living off her parents' income — although, for her, her approaching wedding means she'll now be living off Brendan's money. How in the world can we expect her to handle this financial downgrade?! Brendan is understandably concerned, as he expressed in Sunday's episode: "I knew Morgan had expensive taste, but now I am realizing that her taste is my expense. It's a pressure I am feeling." You have my sympathy, pal, but how is this only occurring to you now?

So, what exactly do Morgan's parents do that has supported her lifestyle up to this point? Her father, Herb Stewart, is a successful architect who is the owner and president of H Construct, Inc., which specializes in high-end retail and historical restoration. His projects include luxury stores throughout Beverly Hills, the most notable of which are along Rodeo Drive. According to Morgan, "My mom puts up with me and that's pretty much been her job." Bless her heart.

Morgan is known for her hard-partying ways and admits that she flunked out of college in New York City. But, lest you think her only hobbies are drinking and shopping, check out her blog Boobs & Loubs. It's named for her two favorite things: Louboutin shoes and her own boobs (yes, really). The "about" page tells us:

My personal favorite section on Morgan's blog is the "Style" page, because I will admit that her fashion sense is pretty fantastic. She can easily rock a casual outfit:

And her red carpet-worthy attire is just as perfect:

Morgan's blog likely isn't making her the big bucks yet, and her posts are inconsistent, but she does have potential. So, maybe in a few years she'll be able to pick up the bar tab every once in awhile.