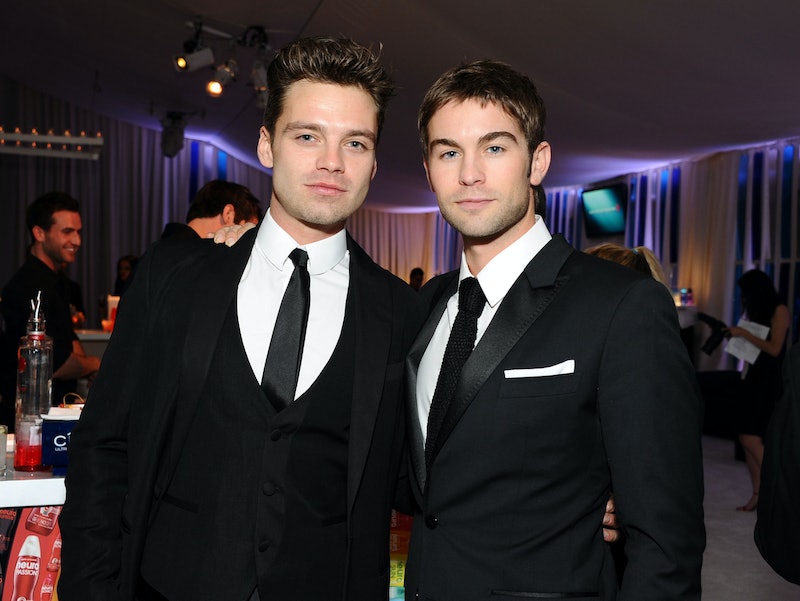 As Gossip Girl fans know, Carter Baizen and Nate Archibald were not the closest of friends. I mean, Carter conned Nate out of a lot of money in Season 1. But the same can't be said for Sebastian Stan and Chace Crawford, who are great friends. There's just something wonderful about celebs who star on TV series together and then become super close in real life. Stan and Crawford's friendship is something to be admired and one that I know will make Gossip Girl fans happy.

This may surprise you, but these two didn't first meet on the set of GG. Actually, they starred alongside each other in the 2006 horror flick The Covenant , which also featured Friday Night Lights' Taylor Kitsch. Side note: Kitsch and Crawford are good friends in real life, too. And clearly, it was a film that united Crawford and Stan, which is reflected in their relationship today.

So much so, that both Stan and Crawford sporadically share photos of each other on Instagram. I won't lie in saying that I get excited every time I see them hanging out. It's clear through their photos that they have so much respect for one another. What's not to love about that?

With that, here is photographic evidence of their amazing friendship that will give Gossip Girl fans all of the feels.

When The Covenant Cast Reunited

There is nothing better than a reunion.

When They Watched Some Live Comedy

I really wish I would've got the memo.

His birthday message says it all.

When They Chilled Way Back In The Day

When Sebastian Made This Face

I'm not sure if this was really photoshopped, but it's still fantastic.

When This Mini-GG Reunion Happened

When This Candid Was Taken

And Colton Haynes makes it even better than it already is.

When They Took This Photo

When They Embraced Their Goofy Side

The best. Also, that sure looks like Taylor Kitsch bending backwards. I really hope it is.

Their BFF status is a beautiful, beautiful thing.