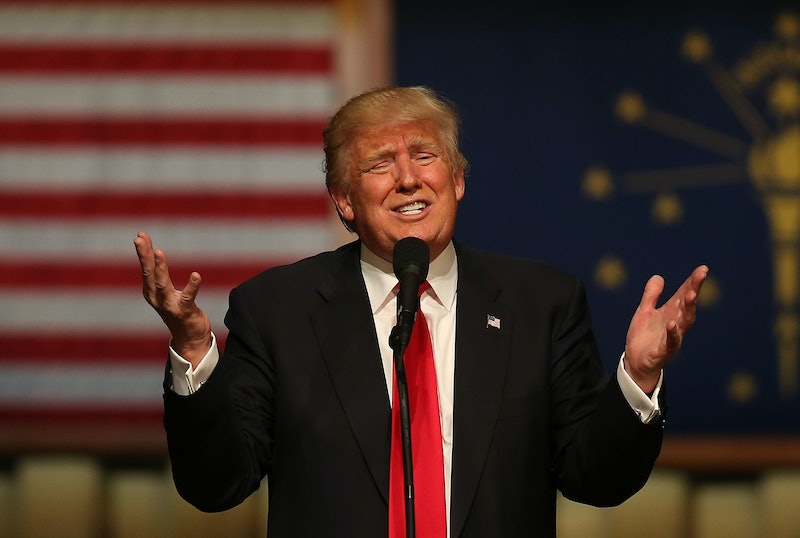 On Tuesday night, shortly after Donald Trump won the Indiana primary by a landslide (which was no surprise) and told Ted Cruz he might as well drop out (again, no surprise), Ted Cruz actually did drop out of the presidential race (an actual surprise). In his exit speech, Cruz said that there was no foreseeable path to his being president — a prediction that political observers had made in the run-up to Indiana. Shortly afterwards, Donald Trump spoke about Ted Cruz dropping out (or, officially, his win in Indiana).

"We're going to change it around," Trump said.

That faint sound you hear is the DNC cheering ecstatically.

"Ted Cruz — I don't know if he likes me or doesn't like me," Trump said. (I think we all know the answer to that.) But, Trump added, "he's got an amazing future. So I want to congratulate Ted. And I know how tough it is ... I've had moments where it was not looking so good, and it's not a great feeling."

Trump went on to describe the "great" America he swears he's going to create, at length. "There were 17 egos, and I guess we're down to one," Trump said, shrugging off the very idea of Kasich.

So, there we go. Our national nightmare is a "beautiful thing to watch." For some people.