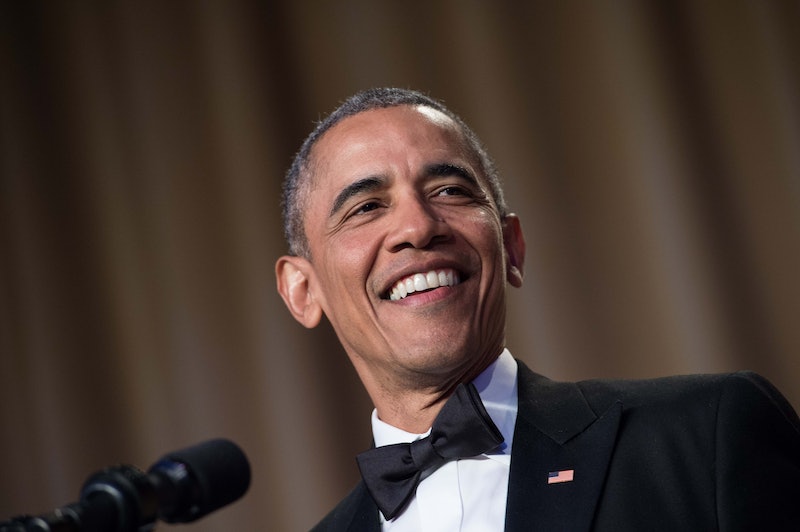 So you're a Democrat, or a progressive-minded independent, or hey, even a conservative alienated by the increasing stridency of the Republican Party! And maybe right now, you're looking at the looming general election, which will likely be between Hillary Clinton and Donald Trump, and you're thinking, "Hey, I'm actually alright with the president we have now!" But ah, term limits mean that President Obama must depart from the White House next year ... unless they were somehow undone. But that would be a tall order ― can the 22nd Amendment be repealed?

The 22nd Amendment to the United States Constitution, passed by Congress in 1947 and ratified in 1951, is the reason no American president may serve more than two terms. And when you consider the time in which it arose, it makes perfect sense. There's a natural reluctance to allowing the same person to serve for too long, given the revolutionary roots and skepticism toward executive power cooked into America's history. In 1947, the country had not long ago elected Franklin Delano Roosevelt to a record four terms before his death in office in 1945. And in the decades since, the notion of a president being constrained by term limits is pretty ingrained in American life.

That said, the answer to the question is: Yes, the 22nd Amendment could be repealed. But it would require an unbelievable amount of work and red tape, as it would to undo any constitutional amendment. The process is very challenging, requiring massive undertakings in consensus-building and political leveraging.

Basically, to repeal an existing amendment, you need to ratify a new amendment. It's all the same process, and you have to proceed in one of two ways. The first route is to get the amendment passed through both the Senate and House of Representatives by a two-thirds vote ― a steeper threshold than the simple majority required for normal legislation, and even more than the 60-vote super-majority needed to thwart a filibuster in the Senate. Then the amendment has to be ratified by a staggering three-fourths of all state legislatures throughout the country.

That's the first route, and in strictly practical terms, it's tough to imagine the two parties agreeing enough on anything to cobble together a two-thirds majority in both houses of Congress, let alone in three-fourths of the state legislatures. Over the last few years, America has seen very high levels of political polarization, and the notion of even one of these two steps coming to pass seems virtually impossible.

The other route is to approve the amendment at a Constitutional Convention, which itself must be called into action by a two-thirds majority of the state legislatures. And once the amendment is before the convention, it still requires approval by three-fourths of the states to be ratified. If this sounds unusual to you, it's probably because it's never happened before.

None of this sounds very encouraging. Both paths would be profoundly unlikely in the current political climate, even on an issue with no distinctly partisan implications — which is definitely not how a conversation about repealing presidential term limits would go. Whichever party currently occupied the White House could be easily accused of scheming to secure their president a third term, rather than proposing the amendment on good faith. (And that'd probably be kinda true, right?)

Also, in the specific case of Obama, the timing is simply too late. You're not going to be able to pull a constitutional amendment out of thin air with less than a year remaining in a president's term. Nor would he run for a third term at such a late date in the primary process. It's not literally impossible, in other words, but it's about as unlikely as any scenario in the American political system right now. In other words, like it or not, you should probably start getting ready for a new face in the Oval Office.