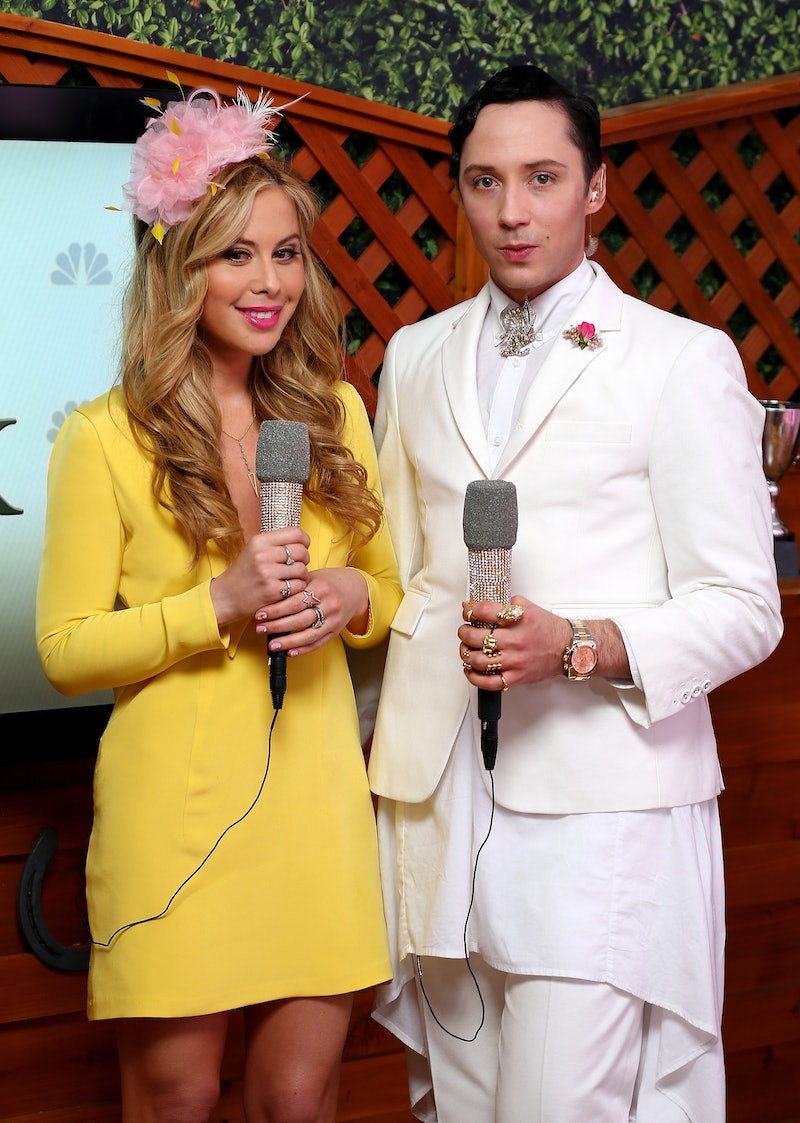 You'd think people with abundant talent in a certain area would be good at just that one, particular thing, right? Wrong. I mean, just look at Kentucky Derby hosts, Tara Lipinski and Johnny Weir. Sure, we know them from being Olympic athletes, but their presence at the Derby is far more appropriate than you think. There's something incredibly interesting about the pair that you probably had no idea about. But, don't worry, that's why I'm here — to let you in on the not-so-secret secret.

You see, both Lipinski and Weir were horseback riders themselves. That's right, they had an equestrian affinity far before they ever put on their dapper duds for the big event. Their Kentucky Derby hosting is probably making a heck of a lot more sense to you now, isn't it? Not that I don't love them as a hosting duo, but I was admittedly a bit confused on how two figure skaters got the gig before I learned this news as well.

In a 1998 article from the Chicago Tribune, Lipinski's parents spoke about how they had to "give up a lot to support Tara's dream," because it meant a life of sacrifice for them. The publication goes on to say that her parents had tried to get her into different activities because of it — and horseback riding was one of them. They revealed that while Lipinski enjoyed horseback riding, it became too expensive for the family for her to pursue. And, ultimately, skating is what she truly loved.

And, if Lipinski's horseback riding stint wasn't enough, it's honestly Weir who belongs at the Kentucky Derby. According to Golden Skate, horses have always been an intrinsic part of the Weir family. They explained that the figure skater's father grew up on a horse farm, and that Weir himself was "an accomplished rider" by 9 years old, participating in horse shows and securing a healthy amount of awards for his skill. But, like Lipinski, eventually figure skating took precedence.

So, there you have it. Both Lipinski and Weir have more of a right to be there than probably most of the people in attendance. Still, I'd like to see them put up a makeshift ice skating rink before the racing kicks off so that Weir and Lipinski could do a routine. Is that really too much to ask? Or, perhaps we can watch one of them attempt to do some jumps... actually, that might be dangerous. They should probably just stick to hosting for now.