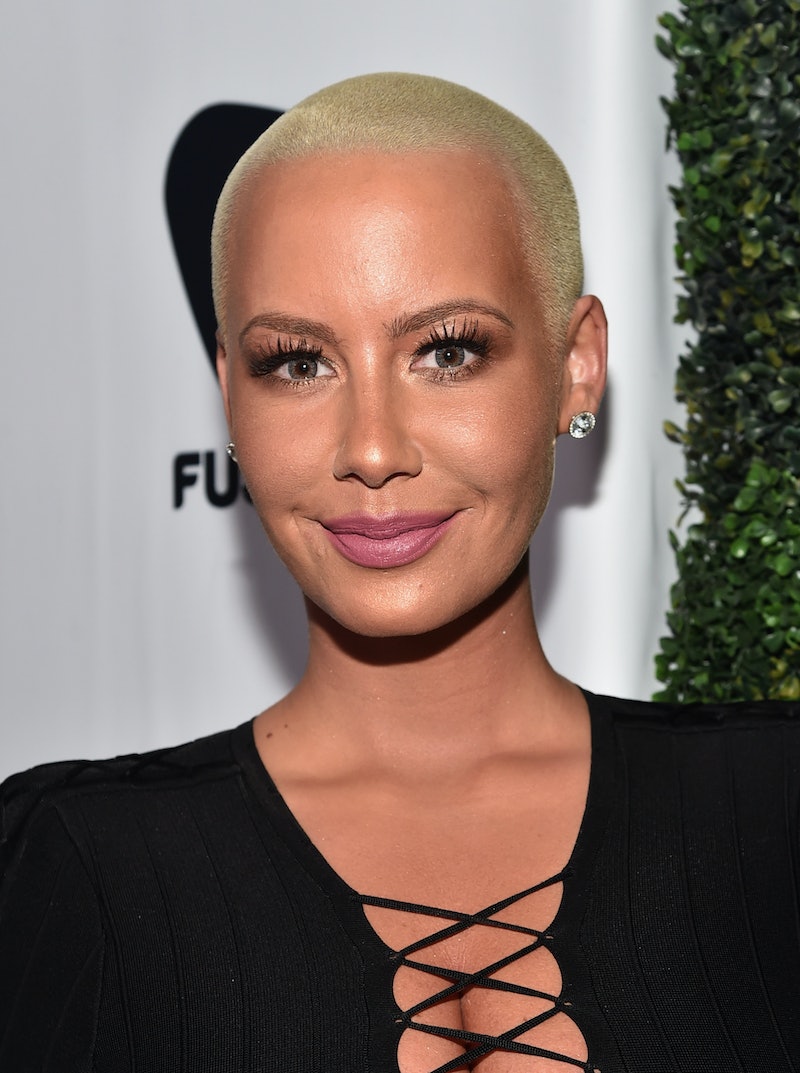 I am a very big Amber Rose fan, because of her unwavering confidence and her support of issues that affect women in out society today. It can be a long and winding road for women to feel comfortable in their sexuality and femininity, and Rose has emerged as a prominent inspiration. Amber Rose has grown into a feminist icon and evidence of this can be seen in her relationship with her young son, Sebastian. Rose is fiercely protective of her son and recently admitted to People that she is raising Sebastian to be a feminist.

Rose is a champion for feminist issues, so by sharing that she is raising her son to be a feminist will likely inspire many other women. She is involved in an industry — and lives in a society, where women are still fighting to be seen as equals, and we need more families to start bringing up their children with strong views on equality to shape a better future, both for men and women.

In her People interview, Rose opened up about baby Bash (as she and his father, Wiz Khalifa, call him, and said, "Having him was like, you know what, I have to be stronger than I ever have been in my whole life, for him... He needs to look at his mom as Superwoman."

Rose continued to speak on how she plans to raise her son:

I’m raising him to be a feminist... Women are getting sexually assaulted. I’ve been sexually assaulted hundreds of times, just walking through the club... When my son goes to school and his friend calls a girl a hoe, I want him to be the first person to say, "Man, that’s not cool. You don’t talk to women like that." That’s very important to me.

Considering Sebastian's father is rapper Wiz Khalifa and is involved in an industry that is still heavily misogynistic, it is even more important for Rose to take all the steps she can to make sure her son will not reinforce this culture and way of thinking any longer. Rose herself has gone through slut shaming for most of her career, but she has found a way to prevail against it, and the next generation must continue doing so.

While she is obviously teaching her son to grow up to be a strong leader in the future, she is proud to step into the ring to defend him right now. After Kanye West was involved in that infamous Twitter spat with Wiz Khalifa, and took a dig at Rose and Sebastian, she couldn't help but make her stance known: Do not mess with my son. She told People of her reaction to West, “You better not come for Sebastian. Not my baby. I will protect him.”

Herein lies the beauty of her femininity and womanhood. Rose can embrace being a badass, confident, and sexual woman while still being a fierce, protective, and loving mother. She can be all of these things at once, and she's making it clear that being able to embrace all of the traits that make you unique is something all women should be able to do without being judged. Being a strong, supportive, and multi-faceted mother is the greatest gift Rose can give to Sebastian, and I think with a woman like her by his side, he will be definitely be a part of the change for the better.

More like this
Beyoncé & Madonna’s “Break My Soul” Remix Honors A Group Of Black Icons
By Stephanie Topacio Long
The First Trailer For Zac Efron’s 'The Greatest Beer Run Ever' Is Action-Packed
By Charlotte Moore and Sam Ramsden
Naomi Osaka & Emma Raducanu’s Experiences Have Inspired A New Amazon Show
By El Hunt
We’ve All Had Bad Sex. Nona Willis Aronowitz Is Talking About It.
By Sophia Benoit
Get Even More From Bustle — Sign Up For The Newsletter