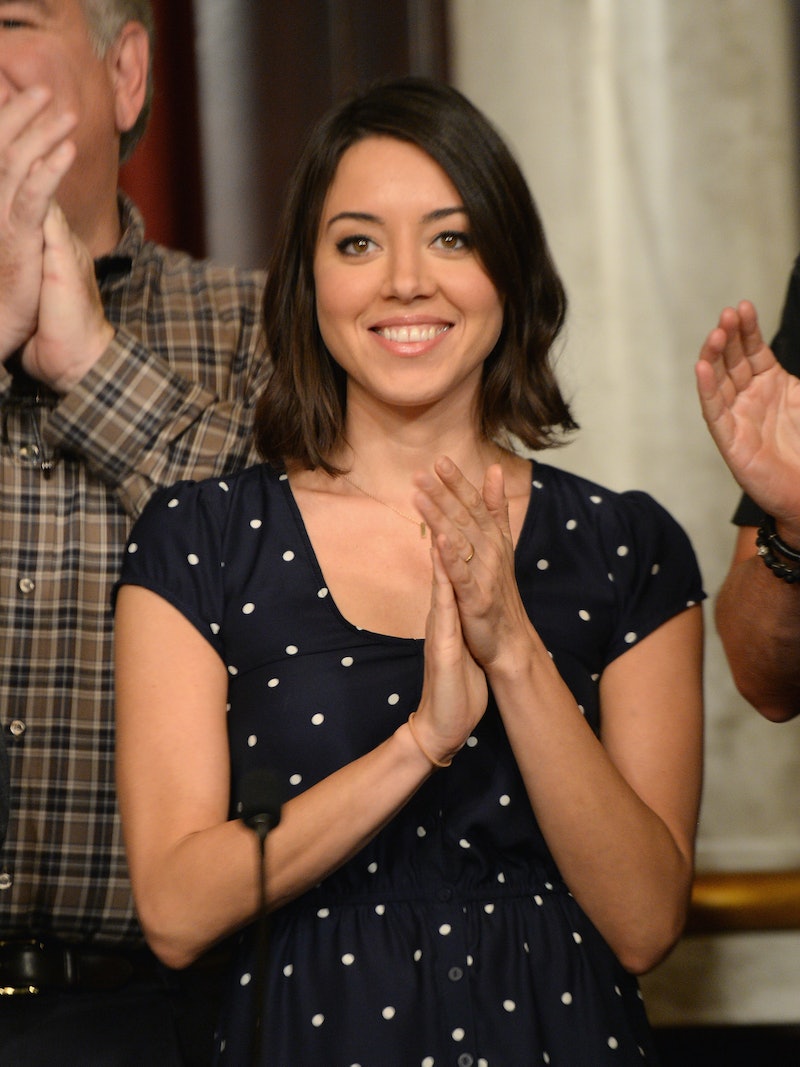 When we talk about race, things get complicated. When we talk about Hollywood, things get complicated. When we talk about the ways in which the ethnic identity a person holds for themselves plays with that which society assigns? Oh god, all bets are off. And so we have Aubrey Plaza, of half-Latina heritage, which she opened up about as the cover girl for March's issue of Latina magazine. And what's most striking about her interview with the magazine is how frank she is about growing up not feeling like she had the right to claim her heritage because she was biracial:

I was winning the diversity awards and people were always calling bullshit on me. I won the Hispanic teenager of the year and I felt terrible. I always felt like I didn’t deserve to win because I was really half [Latino].

And as she said to Cosmopolitan For Latinas this past summer:

A lot of people don’t assume I’m Puerto Rican because I’m fair skinned. But I feel very connected to that side of my family.

Here's some full disclosure: I am a biracial woman — half white and half black, if we're being specific. Though I do not "pass" as white, I am very light-skinned. As a biproduct of this, I have never felt truly comfortable or welcomed in either "side" of my ethnic background, despite the fact that I consider both to be equally a part of who I am.

Is there a privilege that comes with being light-skinned? Absolutely. Oh, 100 percent. That privilege is rampant worldwide, from America to India to China and back. That privilege should be acknowledged, especially when it comes to the fact that, especially for people in Plaza's career path, light skin and the ability to pass automatically open up countless more roles. For proof of this just look towards The To-Do List, in which Plaza's ethnic background is portrayed as white ( her parents are played by Connie Britton and Clark Gregg, her sister by Rachel Bilson). The privilege is undeniable.

Does that privilege wipe out the validity of a person's ethnic identity? No. No, it does not. Passing alters, but it does not negate. Plaza grew up in a half-Puerto Rican household whether or not that's something people would assume by looking at her, and we can't devalue that based on whether or not that's something we'd be able to easily identify upon seeing the pilot of Parks and Rec.

This is all (to put it mildly) a very long, complex discussion. The politics of passing cannot be simplified, and it's a long, continuing battle to getting people of all skin tones represented in the media and in positions of power. Acknowledging the privilege that comes with lighter skin or "whiter" features is a part of that battle. But a society which makes anyone feel insecure in their ethnic identity based on their complexion helps no one — I'm looking at you, high school classmates of Aubrey Plaza — and so I for one am very glad that Plaza has come into her own when it comes to claiming her identity on her own terms.