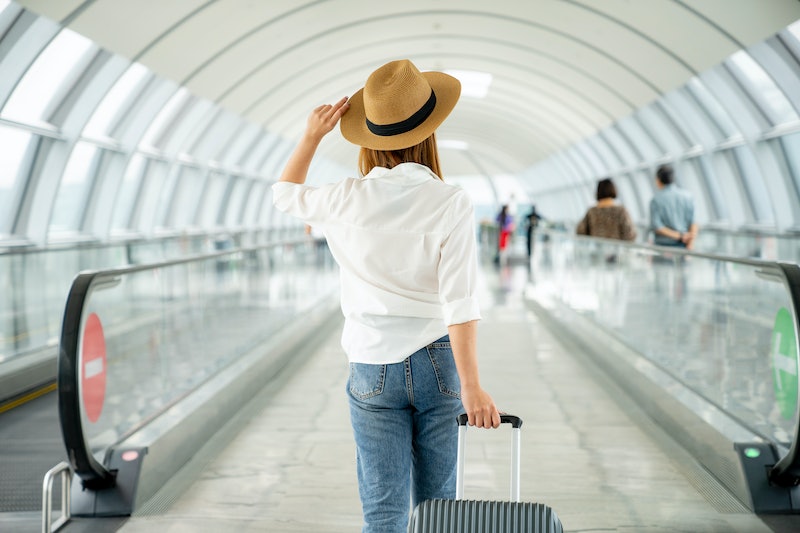 If the lease on your apartment will soon be up and you feel the familiar ache in your bones to move on to somewhere new, don't lock yourself into a standard long-term contract just yet. Roam, an international network of communal living spaces, offers an oh-so-appealing alternative. According to their website, just "sign a single lease and you can roam among magical properties across multiple continents." If you've ever dreamed of being a true digital nomad, there's no time like the present.

I have an incurable case of wanderlust. I can't help it. It's the reason I moved from a small town in South Carolina to Hawaii on a whim for college. It's the reason I have moved roughly every two or three years my entire adult life. I'm a Southerner who has also been a West Coast resident and a New Englander. I've snorkeled in the Great Barrier Reef, caught and cooked trout in Alaska, and gotten sunburnt on a remote island in the Caribbean. Did I mention this was B.C. (as in, the time of my life before children)? If I didn't have two tiny humans attached to my hip, you better believe I'd be signing away my foreseeable future on terra firma for the enviably nomadic lifestyle a lease with Roam affords. The most exotic trip I've taken lately was when we finally got a Trader Joe's in Charleston.

So how does this work? For starters, Roam was created with home in mind, not just a trendy vacation. Founder Bruno Haid told Co.Exist he envisions a global community in which "location-independent" people co-live and create a culture of collaborative exploration. Each location will house more people than a large home, but not so many that the communal atmosphere gets lost. Every room has its own private bathroom and is fully furnished, including a queen- or king-sized bed. Other perks include cleaning services for sheets and towels, co-working space with rock-solid WiFi, a gourmet community kitchen, and utilities included.

While Haid hopes Roam eventually makes its way into every major city, the initial destinations have been chosen for their scenic locales and proximity to major city centers, to make working remotely that much more convenient. So far, you can satisfy your wanderlust with stints in Ubud, Bali, Little Havana, Miami, and, as of May 31, Malasana, Madrid. But in the wake of raising $3.4 million dollars toward their global expansion, Roam just announced they'll also be adding San Telmo in Buenos Aires and the Zone 2 area of London to their roster.

Of course, you have to have a tidy chunk of dinero to play the digital nomad game — or at least, enough cash flow to pay for flights and the $500-plus-tax per week for "rent." Plus the job flexibility to work from anywhere, of course. Which raises the question: Where was this five years ago?! The good news is that just because I can't sign on the globetrotting dotted line yet doesn't mean I'm missing the boat (or planes, as it were) entirely. Roam exists for people from many walks of life — not just the young and single freelancer. In which case, hey-o, count me in ... just as soon as I drop my kids off at college.