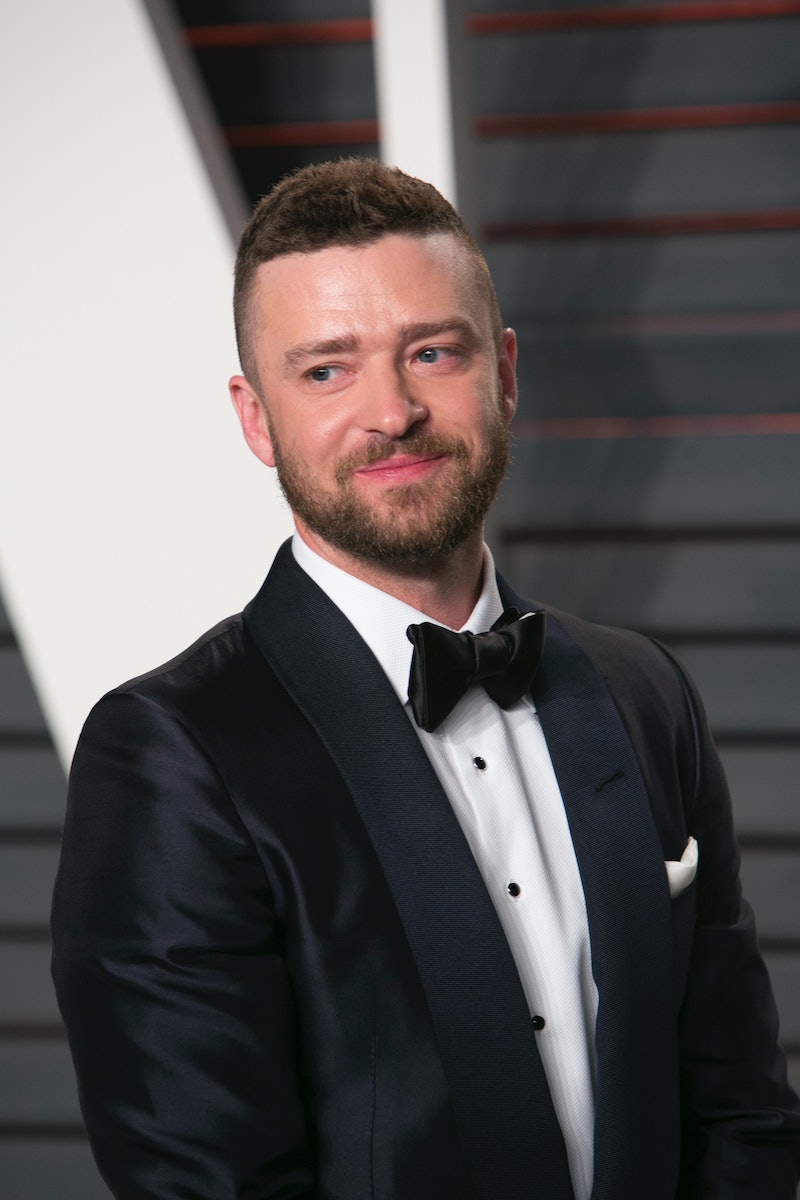 It seems we now know the reason why Justin Timberlake was so excited about the fact that it was gonna be May: he's releasing new music this month. On Twitter Wednesday night, Justin Timberlake revealed that he's dropping a new song, but it wasn't some big announcement, he just spilled the beans in a response to a fan who was wondering the title of the song. With a pondering face emoji, Timberlake managed to do this fan one better. He not only divulged the name of the song, "Can't Stop This Feeling," he also revealed when exactly the world would be able to hear it: "2 more days." So yes, in just two days, you'll be able to listen to Timberlake's first song in nearly three years. The only thing Timberlake didn't share was how exactly you'll be able to hear his new song. Of course, this has us wondering, will Timberlake's "Can't Stop This Feeling" be on Spotify?

It's a good question, since so many artists have been forgoing Spotify for other streaming services. Beyoncé's Lemonade is currently only available on Tidal — though, since Bey managed to debut No. 1 on the Billboard 200 with her sixth album, selling 653,000 copies, I'll assume you guys just went and bought the album. Timberlake's music is available on Tidal as well, but as anyone who watched the kind of weird celebrity-filled launch of the Jay Z-owned music service will remember, he was not present. This means that unlike Beyoncé, Kanye West, and Rihanna, it's unlikely that he will be releasing anything exclusively through Tidal. But don't panic about getting your hands on "Can't Stop This Feeling" yet.

Currently, all of Timberlake's music is available on Spotify. We're talking from his solo debut, Justified, to his most recent album, The 20/20 Experience. And since Bloomberg reported on The 20/20 Experience 's continued Spotify success just two weeks, it seems Timberlake made his last release available to stream very quickly. All of that makes it very likely that just two days from now, you'll be able to hear Timberlake's new song "Can't Stop This Feeling" on Spotify, though nothing has been confirmed by the streaming service or Timberlake.

Of course, Timberlake could be the wild card that makes it available on Spotify, Tidal, and Apple Music, where yes, you guessed it, his music is also available. Clearly, Timberlake does not have a problem with streaming services of any kind, which should make his fans very happy when it comes time to listen to his new song.

As for what this new song will sound like though, that's still a complete mystery. Timberlake has been seen in the studio with his old collaborator Pharrell back in March, not to mention the country group, Little Big Town. In a shot of him and the band, complete with wine, Timberlake wrote, "This band is the truth!! So good!!!!" To put another wrench in the mix, Timberlake was also seen hanging out with The Weeknd, sparking rumors that the two are collaborating.

What we do know is, you're going to want to hear this song when it does finally drop. Apparently, it's a "SMASH."

As if Timberlake could make anything else.