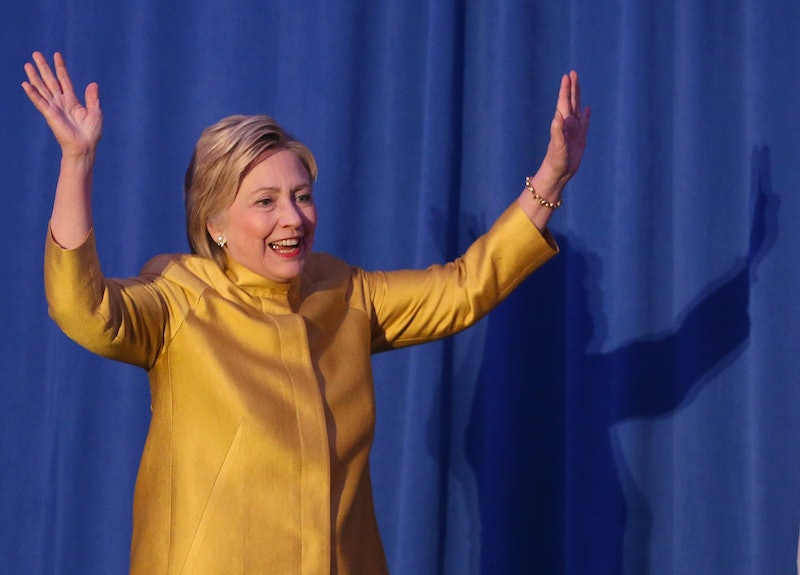 For Americans who are horrified that Donald Trump is now the presumptive figurehead of the Grand Old Party, the Hillary Clinton campaign has made certain to round up of some of The Donald's not-so-fine moments and consolidate them into a nifty little political advertisement. Frankly, Clinton's Trump attack ad is on-point. It summarizes the views of other members of the Republican Party throughout to present an overwhelmingly accurate character assessment of Trump. Although he is loved by many, it is clear the party has some harsh criticism that is truly worth addressing. After all, isn't that what elections are about?

According to the video advertisement, Trump's personal claim that he is a unifying human and member of the Republican Party is questioned. Republicans like Marco Rubio and Mitt Romney are shown calling him a "con artist" and "phony," respectively. Ted Cruz calls him a "bully."

"This is an individual who mocked a disabled reporter," Romney explains, before the ad cuts to a clip of when Trump poorly impersonated reporter Serge Kovaleski — who suffers from a congenital joint condition, according to BBC — at one of his candidacy rallies back in 2015. In other words, paint a pretty picture of Mr. Trump this ad does not.

At one point in the video, former New York Gov. George Pataki calls him a "know-nothing candidate." In a following clip, Rubio calls him "the most vulgar person ever to aspire to the presidency." Objectively, the video covers a slew of criticism facing Trump — from both the left and the right.

If elected, Trump claims he would build "a government based on relationships," and work to repeal President Obama's executive orders immediately, according to The New York Times.. In a recent interview with the newspaper, Trump explained, "I know people aren’t sure right now what a President Trump will be like, but things will be fine. I’m not running for president to make things unstable for the country." However, many seem to doubt his ability to generate anything but instability, what with discussion of potentially using nuclear warfare if he feels it's warranted, and threats to withdraw the U.S. military safeguard from the shores of South Korea and Japan. Emotions are stronger than ever as the race tightens.

The overarching question, should Trump take his campaign to the White House is: Can Trump behave in a more presidential manner, as he has claimed he will do should he receive the Republican nomination, or is this truly the one and only Trump Americans will ever know?