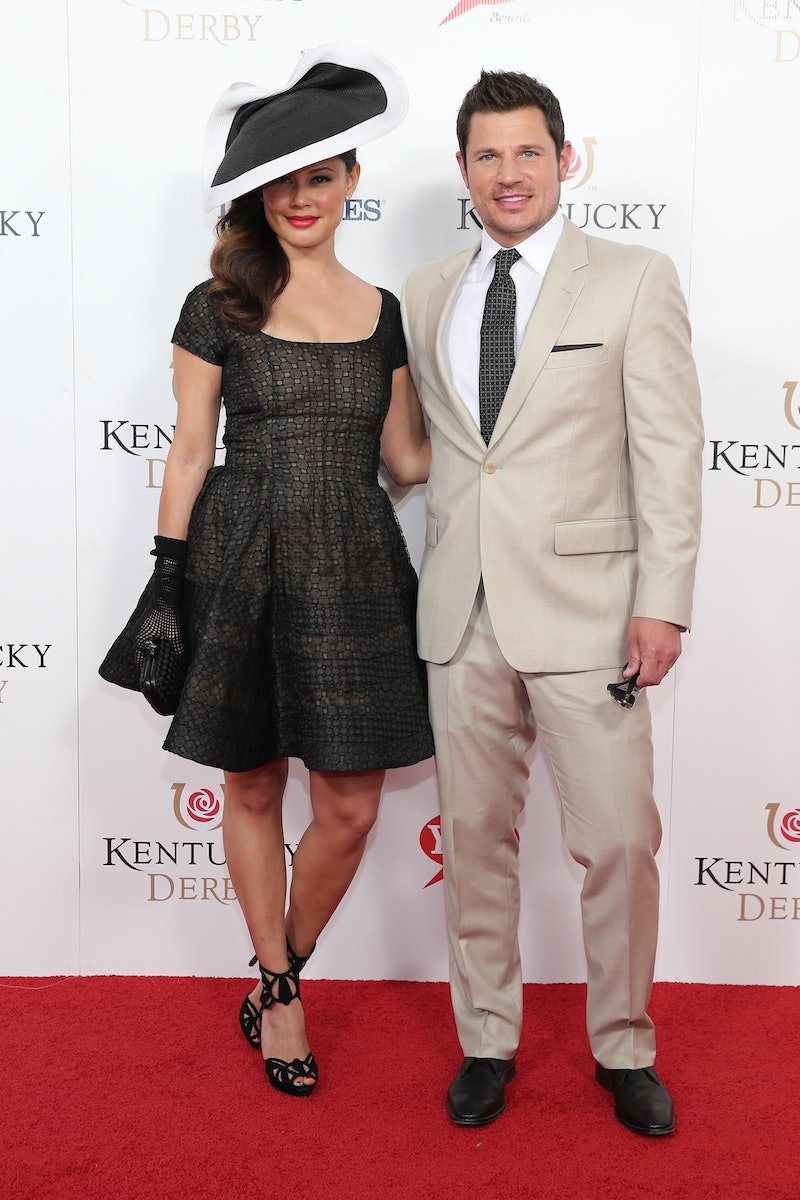 As a rule, I am generally not interested in sporting events, horses, or Kentucky (except for their fried chicken), but I do get great enjoyment out of the Kentucky Derby every year, and it's all because of the fashion. Every year, I refresh Twitter and Instagram to find out what my favorite celebs are wearing, partially because I adore adorable sundresses, but also because I love mocking their giant hats even more. And in preparation for Saturday's annual event, it's fun to look back at photos of celebs in ridiculous Kentucky Derby hats, because trust me — there are plenty.

Because while it is possible to show up at the Derby in a tasteful hat, what fun would that be? It's the one day of the year when it's socially acceptable to wear a super large, colorful hat, so it would be silly to waste that chance by wearing something boring. Of course, sometimes, celebs take that opportunity too far, and then, it's memorialized for the rest of history. But isn't that the point of the Kentucky Derby anyway? I mean, besides the whole horse racing thing?

Here are photos of celebs in their most ridiculous Derby hats from over the years. Will they be able to top these choices in 2016? I'd love to see them try.

This hat would almost look normal without the feathers.

Miss United States 2015 sported one of the tallest hats at the Derby last year, hands down.

Of course, the Kentucky Derby is kind of Weir's thing, so the hat is totally to be expected.

How is this staying on her head? Magic.

In my eyes, Conrad can do no wrong, so this hat, while crazy, is still fabulous.

Leave it to these two to show up in coordinating white dresses and similar hats.

Her hat is HUGE, but mostly this photo just reminds me I miss the time when she and Nick Lachey were married.

She's so serious on Shark Tank that I did not see this coming.

He kills the crazy hat game every time.

Is it just me or does Nick marry women with impeccable taste in hats?

It's the pinkest hat, and I love it.

The 2014 Miss America is not messing around. Go big or go home!

Bonus points for the shorts.

I wonder if she had to keep her head tilted like that?

Yes, she's already been featured, but that's what happens when you were not one, but two crazy hats.

The Broadway star was not messing around when it came to the proportions of her hat.

Celebs attending the 2016 Kentucky Derby, you have some serious competition. Will the hats get bigger this year? I hope so!