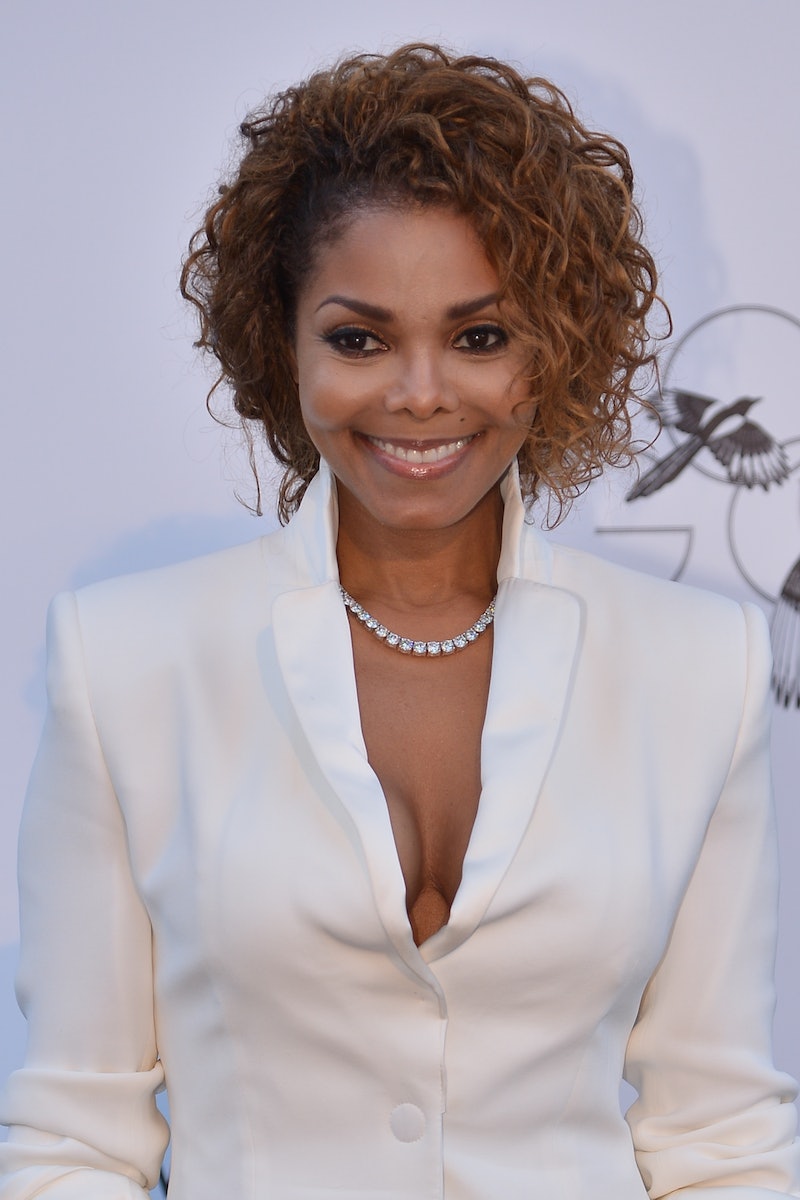 With the exciting news that Janet Jackson is reportedly pregnant with her first child just a couple of weeks shy of her 50th birthday, it's time to celebrate the many stars who had babies later in life. While the decision to have children is a deeply personal one (and one that is not always in anyone's control), these celebs are proof that you can at least put those "biological clock" worries on the backburner — because right here is a plethora of celebrities who had babies after the age of 45. Just in time for Mother's Day!

Surprisingly enough, Janet Jackson would not be the first singer to be expecting a child at the age of 50. In fact, she is in good company — there are multiple famous women before her who gave birth in middle-age. There's no doubt that their celebrity status and subsequent wealth may have played a role (more money and access to all kinds of baby-making technology is definitely a privilege), but these women should also be celebrated — for defying the odds, for bucking tradition, and for giving hope for millions of women out there who will not let their age be a factor in deciding to have children.

According to Entertainment Tonight sources, Jackson is expecting her first child. Though the singer has yet to confirm the news herself, her tour cancelation announcement all but said so. (Bustle has reached out for her rep for comment, but has not yet heard back.)

"My husband and I are planning our family, so I'm going to have to delay the tour," Jackson said at the time. "Please, if you can try and understand that it's important that I do this now. I have to rest up — doctor's orders — but I have not forgotten about you. I will continue the tour as soon as I possibly can."

You probably know Sophie B. Hawkins best as the singer behind the 1995 hit "As I Lay Me Down." But did you know that she gave birth to a baby girl at age 50? Confirming the exciting news to Us Weekly, Hawkins, who froze 15 embryos when she was 31, told the magazine: "Being 50 is actually an amazing age to have a second child because I am more wise, calm, humorous, appreciative, simple and clear. I'm not running around looking for love and validation. I live each day full of gratitude, and that's good for my children."

Geena Davis became a first-time mom at age 46. Two years later, at the age of 48, she gave birth to fraternal twin sons.

Of having her second at age 47, Berry told Ellen DeGeneres that the pregnancy came as a "shock" to her and husband Oliver Martinez.

"They call it a geriatric pregnancy," she told the talk show host about conceiving at a later age, according to the Daily Mail. "I was, you know, on my way…this is probably way TMI, but I was really, you know, kinda premenopausal so to have this happen was a huge [shock]."

After the devastating loss of son Jett in 2009, Kelly Preston gave birth to son Benjamin in 2010, when she was 48 years old. (He joined big sis Ella Blue to complete the Preston-Travolta family.)

The late Elizabeth Edwards gave birth to daughter Emma at age 48 and son Jack at 50.

Supermodel Iman was 45 when she gave birth to Alexandra, her daughter with husband David Bowie. She later spoke to Parade magazine about the "miracle of conception," stating:

"I did IVF, but nothing happened. So I began to think of adoption and then I got pregnant," she revealed to the magazine. "It was definitely a miracle."

The Thirteen actor gave birth to twin boys at the age of 47.

Martin Scorcese's fifth wife gave birth to their daughter Francesca when she was 52 years old.

Congrats, moms! Go on with your badass selves.

More like this
Michelle Williams Reveals Sweet Way Jeremy Strong Helped After Heath Ledger Died
By Nola Ojomu
Sandra Bullock, Girlboss Extraordinaire
By Matt Harkins & Viviana Olen
Spice Girls’ Net Worth: The Richest Member Is Wealthier Than The Rest Combined
By Hugh McIntyre
Joe Alwyn Reacts To Taylor Swift Earning An NYU Doctorate In A Rare Interview
By Jake Viswanath and Nicole Pomarico
Get Even More From Bustle — Sign Up For The Newsletter