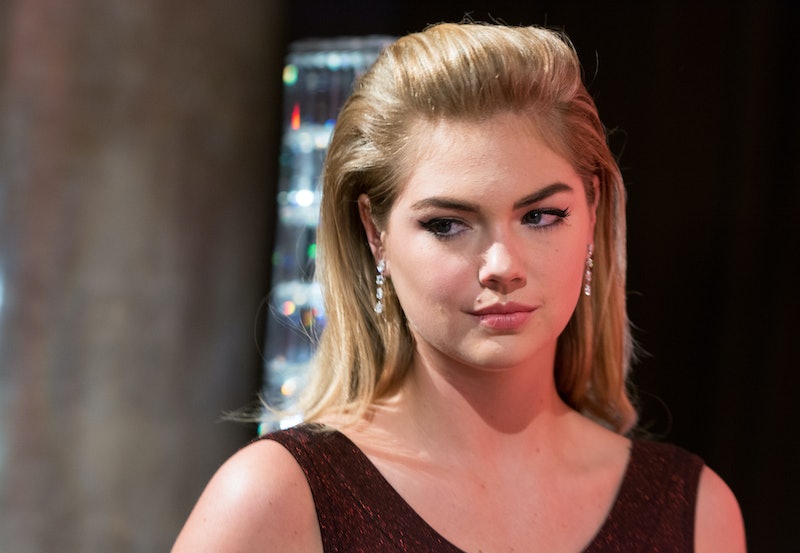 Silly Sports Illustrated, tricks are for kids! When the cover for the 50th Anniversary Swimsuit Issue was first revealed, we were shocked to see that it starred Nina Agdal, Lily Aldridge, and Chrissy Teigen rather than Kate Upton, who graced the front page for two years running. But as it turns out, Upton is getting her Sports Illustrated cover after all... kind of.

It turns out that the magazine has an alternate flip-side cover featuring the curvy superstar in a little pink triangle top bikini on the beach. According to SI's Swim Daily blog, Upton's Sports Illustated cover was shot in the Cook Islands by photographer James Macari, and (we think) is a lot more interesting than the main cover. As we previously wrote:

For the previous two years, Kate Upton has graced the cover of the magazine’s swimsuit issue, and it’s been a breath of fresh air. Yes, Upton is tall and blonde and beautiful, but she’s also supremely curvy, deriving her sex appeal from appearing soft and womanly rather than pre-pubescent and painfully thin.

In addition to the alternate cover, Upton is featured in three editorial spreads throughout the issue including "Five Decades of Sexy," celebrating the magazine's 50 years of swimsuit editions; one called "Legends" where she is pictured with Tyra Banks; and "Zero G," which, as Fashionista writes, features "the bikini-clad supe bouncing around — so much bouncing — weightlessly in an anti-gravity chamber of sorts in Cape Canaveral." You'll want to click to see the photos, because there's some boob gravity defying that's simply... mesmerizing.

Upton, though she is outrageously hot, provides an exciting alternative to the stick thin girls that have ruled the modeling roost until now. It's thrilling to see a lady embracing her natural curves and being celebrated for it in the magazine industry.