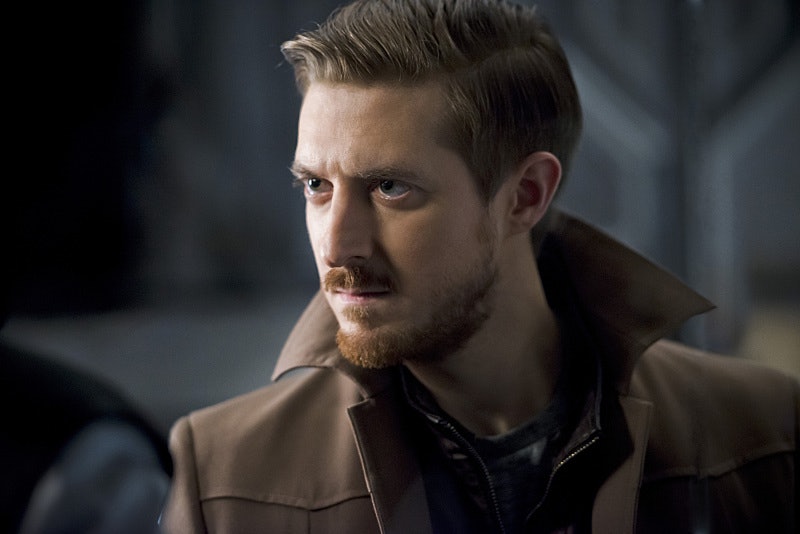 Well, this does not bode well for the future or the past. After all their efforts to track down and capture his wife and child's murderer, it turns out that Rip's former bosses have been in league with him this entire time. That's right, my friends — the Time Masters are working with Vandal Savage on Legends of Tomorrow and that doesn't bode well for our merry band of heroes. I'm not sure exactly how this alliance benefits the Time Masters. Maybe they see this as the best alternative. (You know, if you can't beat them, join them approach.) Or perhaps Savage made them an offer they simply couldn't refuse. Either way, though, this means that the gang is officially screwed. Because now not only is Savage free to return to 2166 and cause all of his usual mayhem (that includes murdering Rip's family, by the way), but a vast majority of the gang is currently being kept hostage, unable to do anything to stop him.

Suffice to say, things could be better. But that's not to say that all hope is lost. Let's remember that this wasn't the season finale, which means plenty can happen by then. If we've come to know anything about these Legends, it's that they're very resilient and have a knack for getting themselves out of sticky situations. Plus, don't forget that Jax is still floating around out there on the jump ship that Stein put him on. Maybe turning his trip back to 2016 he found a way to take control of the device and is currently en route to returning to them and saving the day.

I'm not saying that things aren't pretty bleak right now because they definitely are. But if these Legends ever really want to become, well, legends, then they're going to have to do something legendary — like saving the world, for instance. Bottom line: this battle hasn't been lost just yet.