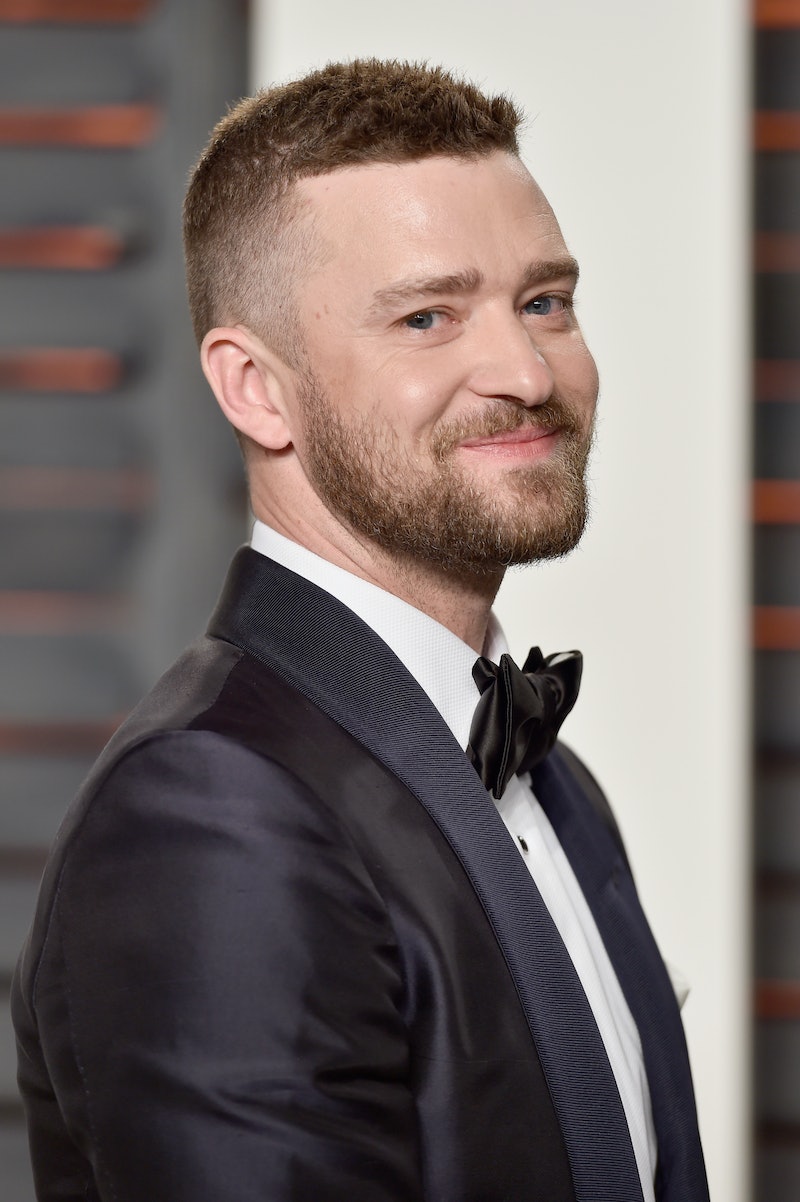 If you were looking for an injection of pure audio sunshine, look no further. Justin Timberlake's song "Can't Stop The Feeling" has dropped, and those shimmering major chords mark it out as the song of the summer. I've listened to it five times in a row, and I've just broken out in freckles. Coincidence? I think not. Justin Timberlake began teasing the single release on Wednesday, when, in response to a fan begging for the name of the song, he tweeted #CantStopTheFeeling. Thursday May 5 meant more bittersweet torture for those eager to get some Justin Timberlake in their earholes, stat, with the pop icon tweeting gifs of him pulling off funky dad moves throughout the day. But there's one question the single leaves unanswered — what is the feeling Timberlake's describing, anyways?

The song will form part of the soundtrack to the upcoming DreamWorks movie, Trolls, which will debut November 4. Those starring in the movie include Anna Kendrick, James Corden, Gwen Stefani, and Ron Funches and they were nice enough to let Timberlake perform the song for them and dance along in the single's accompanying video. Zooey Deschanel, Quvenzhane Wallis, Icona Pop and John Cleese are all also lending their iconic voices in the star-studded troll movie.

I got this feeling inside my bones(It goes electric, wavey when I turn it on)All through my city, all through my homeWe're flying up, no ceiling, when we in our zone...

So far, so enigmatic. Timberlake has an innate feeling — one that's inside his bones — but he's able to turn it off and on. Also, the adjective "wavey" for a feeling? Color me confused, Timberlake.

I got that sunshine in my pocketGot that good soul in my feetI feel that hot blood in my body when it dropsI can't take my eyes up off it, moving so phenomenallyYou gon' like the way we rock it, so don't stop

Alright, this is getting less cryptic. The sunshine in the pocket/good soul in his feet lines seem to suggest that he's a man who's having a run of good fortune. He doesn't know why, but everything's going just swell. And the rush of blood when something drops: surely he means an infectious song beat dropping, right? And then he gets all excited and ready to, ahem, rock his body. Fifth line does what it says on the tin: Timberlake's dance crew is the best, so get ready to watch some movement magic.

Easy. This is about Timberlake crushing on some attractive individual who's got a passion for dance. He's so entranced by her sexy lady* dancing that she is the only person visible to him on the dance floor, and he'd love to do trousersnakey things to her, but she's more into dancing right now. So that's fine, he's chill. He's just going to dance around her for a bit. The line "Feeling good, good, creeping up on you" has to be the least seductive sweet-nothing ever, though. C'mon Timberlake, I know you're smoother than this.

*Sure, he doesn't actually use pronouns, so it's equally likely he's addressing a man. But Jessica Biel, so.

Ooh, it's something magicalIt's in the air, it's in my blood, it's rushing onI don't need no reason, don't need controlI fly so high, no ceiling, when I'm in my zone

The rest of the song is just repetition of the other lyrics, which is totally fine by me, because this song is it. I'm done for the summer. Forget listening to anything else, we've found our summer jam and it's only May. Great job, Internet.