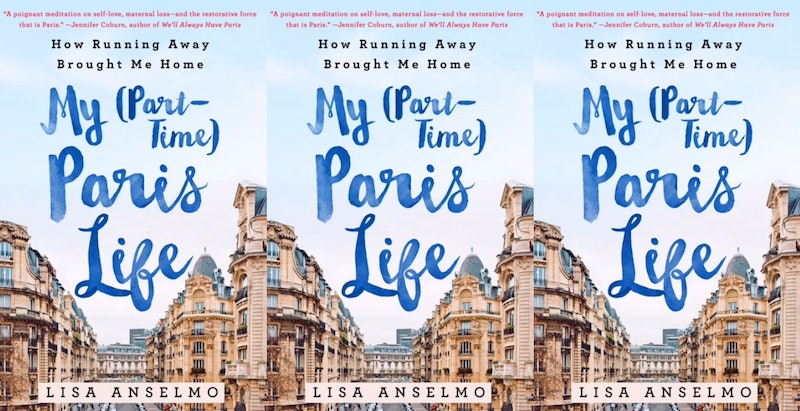 There is no better place in the world to get swept off your feet and fall in love than under the glittering city skyline of Paris. But for author Lisa Anselmo, the City of Lights was the perfect place to learn how to move past an indescribable loss and forge a new future in the wake of tragedy.

This October, Lisa Anselmo, a former top director at Time Inc., will release her memoir, My (Part-Time) Paris Life , an examination of grief and reinvention in the face of loss.

In 2012, after her mother passed away from breast cancer, Anselmo decided to make a huge life change: she moved to Paris, and purchased an apartment in the right bank. One step at a time, she began to slowly overcome her grief and create a new life for herself in one of the most magical cities in the world. Now, four years later, Anselmo is now deeply entrenched in the Paris way of life; in fact, she now writes as a Parisian correspondent for New York Magazine.

Her memoir, inspired by her blog of the same name, will detail her experiences and life changes in Paris. It's a poignant, touching, and lovely story that will speak to readers who have loved and lost and struggled to find a way to move forward after it all.

This May, Anselmo will also launch an online video series by the same name. Produced by Nomadic Frames, the series will take viewers behind the scenes in Anselmo's life in Paris. Consider it an insider's view of the locals-only neighborhoods tourists rarely get to see and experience. The series will include interviews with Parisian baker Christophe Vasseur, Top Chef finalist Pierre Sang, and more. Watch the trailer below, and follow along with her adventures on her official YouTube channel. Her first episode is being released today.

The memoir will be available October 11, 2016, and the web series will premiere its first episode on May 6.