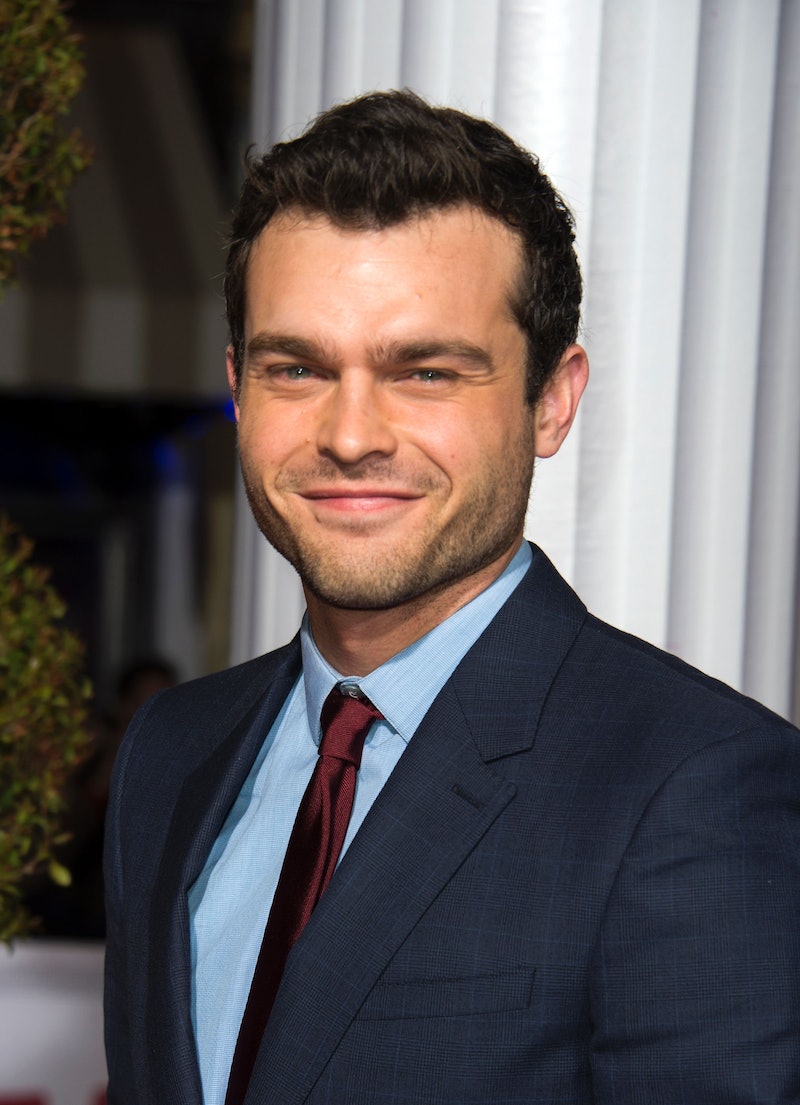 With the news that 26-year-old actor Alden Ehrenreich has been cast as Han Solo in a forthcoming Star Wars prequel, all eyes are about to be on this up and coming actor, and with good reason: Harrison Ford played the role in the original 1977 film and in three Star Wars films after that, so Ehrenreich has some undoubtedly big shoes to fill. Of course, the news isn't entirely surprising given that Ehrenreich had screen tested for the role earlier this year and rumors have been swirling around him for weeks now, but it's still a pretty big deal to hear the announcement. Since Ehrenreich is a fairly new (and pretty adorable) presence in Hollywood, the obvious question remains: Who is Alden Ehrenreich dating?

Ehrenreich has been acting for more than a decade, so even though he's new to mainstream audiences (he starred in the Coen Brothers' Hail, Caesar! in early 2016), he's hardly new to the acting world. But it appears he leads a pretty low-key life, especially since he doesn't have any social media accounts, so his love life is pretty much a mystery. In 2013, Elle magazine asked what his relationship status was, and Ehrenreich responded, "No comment," while apparently "smiling mysteriously."

Well that's frustrating, indeed. But he did say something that tells us a bit about his views on romance. He told the magazine,

I feel about romance the same way I do about a vocation; it's a calling. You have an inner intuition, an inner "yes." I don't know if it's destined or not, but certainly I couldn't imagine being the person I am today without the romantic experiences I've had.

If that's not swoon-worthy enough for you, he revealed in an on camera interview with Ode that the most romantic thing he'd ever done was with his first girlfriend, when they climbed on top of a billboard overlooking the Sunset Strip and shared a kiss. Ugh, I'm melting...

He did not reveal who the lucky lady was in the magical billboard kiss, but that doesn't mean there aren't rumors about who he's dating. As of late 2015, he was rumored to be dating fellow actor Kelsey McNamee, according to Hubmush, and it seems they've been spotted together since 2013. This romance has never been confirmed publicly by either party, though, so it looks like Ehrenreich is keen on keeping his personal life quiet as long as he can.

For now, fans will simply have to check out Ehrenreich's forthcoming films (he's got two in the works for 2016 already) and patiently wait for 2018, which is when the as-yet-untitled Star Wars prequel finally hits theaters.