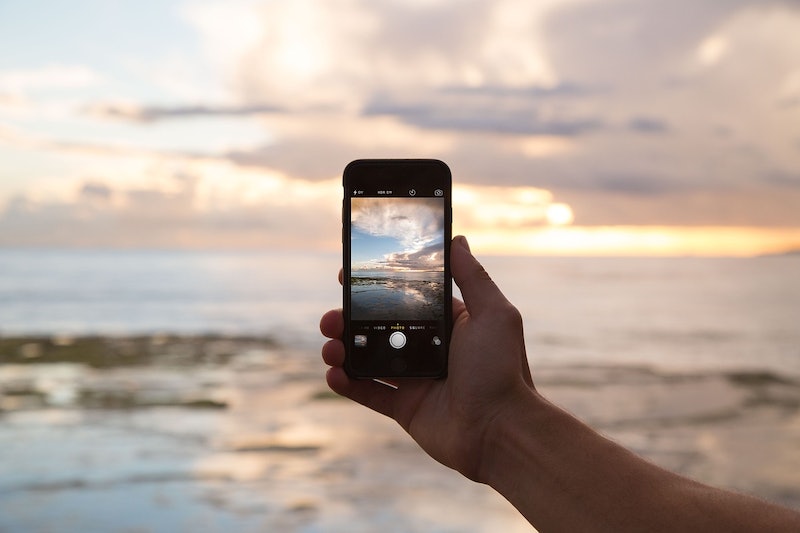 This morning, as you did your still-in-bed-one-eye-open social media crawl, you might have noticed something funky about your Instagram feed. So, is Instagram glitching, or is this timeline change intentional? As you might already know, Instagram is slowly rolling out the new algorithm changes to the Instagram feed to a small percentage of users before releasing it to the rest of us. This new equation will organize your posts in terms of which they think you'd like to see the most, based on your relationship with the poster. Meaning, bye, bye chronological order, hello stalking priorities. (Yes, Instagram is about to tell you a whole lot more about yourself and your stalking interests than you might be willing to face. That data doesn't lie!) Update: On June 2, Instagram announced in a blog post that the Instagram feed change will be rolling out across the entire platform over the course of the month.

You probably remember a few weeks ago, when everyone was making posts about "turning on notifications" so they didn't get lost in the shuffle. Soon everything went quiet on that front, making people wonder — when is this change actually happening? Recently, some users have had their posts appear in different orders, leading them to believe that it had already happened. However, an Instagram rep told Bustle that they'll let the global community know officially when the change will be broadly implemented. So if you're experiencing some inconsistent weirdness, chances might be right now that you're experiencing a glitch, or that you're in the very small percentage of Instagram users that they're rolling out the new feature with.

So how can you tell if it's one or the other? If the changes don't stick around or stay in place after reloading, it might just be a network issue. As you can see below, these posts are not chronologically ordered:

The same user's feed returned to normal after a few hours, probably indicating that they were not part of the small percentage.

If you are a chosen one, fret not — posts that are not high on your priority list will still be there, they just won't be the first ones you see. And eventually, just like any other social media platform update, we'll get used to it and forget we ever freaked out about it. Just like Facebook and Twitter, the social engineers behind them want to make sure we're seeing what we're interested in, so that we remain interested in the platform. If all you ever saw was progress reports in the form of status updates from a guy you haven't spoken to since high school regarding the looseness of his daughter's baby teeth, you'd probably stop signing online.

With the new algorithm, you'll be greeted with the most interesting information, and then you'll get in the habit of searching for people who you haven't seen in a while and want to check in on. This way, you can still keep things friendly with people you want to follow but not see. You know, like your extended family, your old co-workers, and the people you know you've met but can't for the life if you remember who they are or why you know each other.

TL;DR? If your Instagram feed has been consistently prioritizng itself with posters you interact with the most, you might have been included in the early rollout for the new algorithm set to launch soon — but not before an official announcement from the team. Stay tuned!