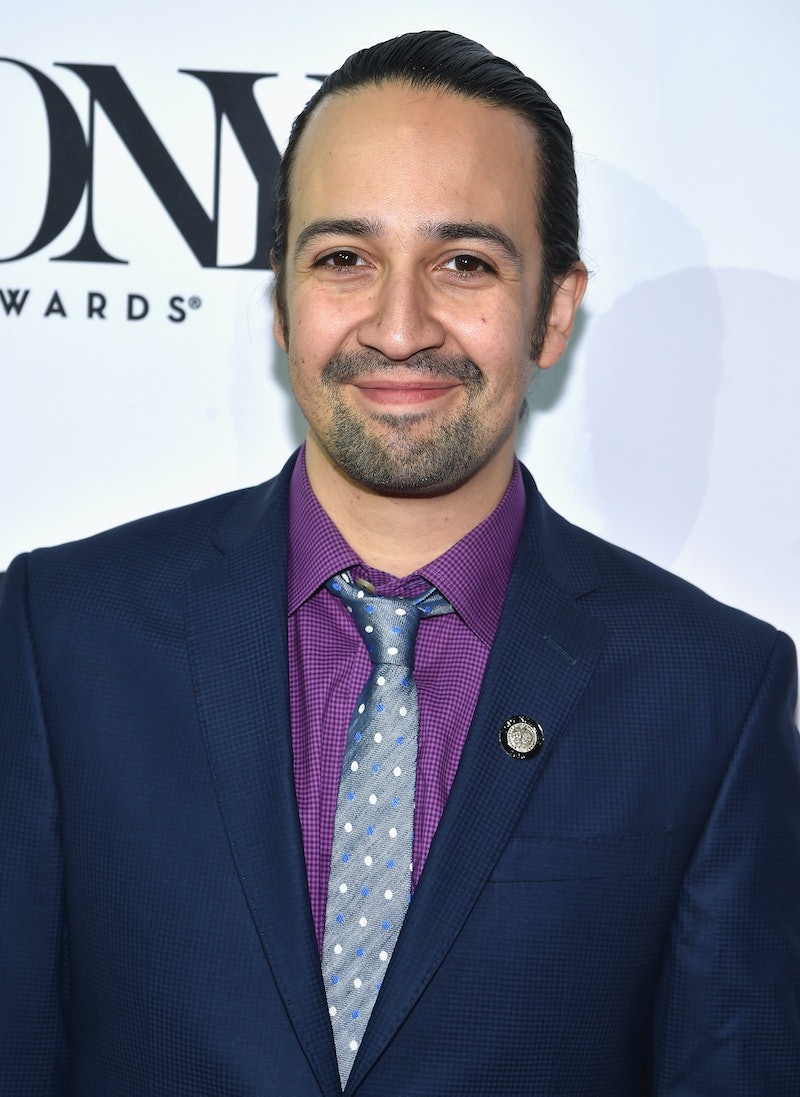 Unless you've been living under a rock or avoiding news at all costs, you probably know the name Lin-Manuel Miranda. He is the star and creator of the Broadway hit Hamilton that still has people going to all lengths to get tickets. I mean, when the musical earns 16 Tony nominations, setting a record for the award show, you know it's a hit. Miranda is a true talent who seems to be beloved by all, especially his wife, Vanessa Nadal. Speaking of his personal life, does Lin-Manuel Miranda have kids? He most certainly does, and this shouldn't come as a surprise, but the 36-year-old star's son just may follow in his dad's footsteps.

In November 2010, Miranda and Nadal welcomed a baby boy named Sebastian Miranda. The Broadway star took to Twitter to announce the news and wrote, alongside an adorable photo of his baby boy, "[The screams reach a frenzied pitch. SEBASTIAN MIRANDA enters. He is 7 pounds 10 ounces.] End Of Act One." I think he just proved that he doesn't even fail when it comes to creating the perfect birth announcement.

Sebastian is getting to know the ins and outs of the stage, all thanks to his dad. Based on photos shared by Miranda, it sure looks like Sebastian might become a theater star like his father.

Researching For His Next Script

Letting The Public Know About His Work

He does what is necessary to bring in the audience.

Do you think he's the ghost of Christmas past, present, or future?

Making Sure The Orchestra Is Ready

Hey, he's the man in charge, after all.

Dad Giving Him A Pep Talk

He's Ready For The Spotlight

What a true star does.

Exhausted After His Day

The hard work always pays off, especially when you can get a full nights sleep.

Yeah, Sebastian is basically a mini-Lin-Manuel.