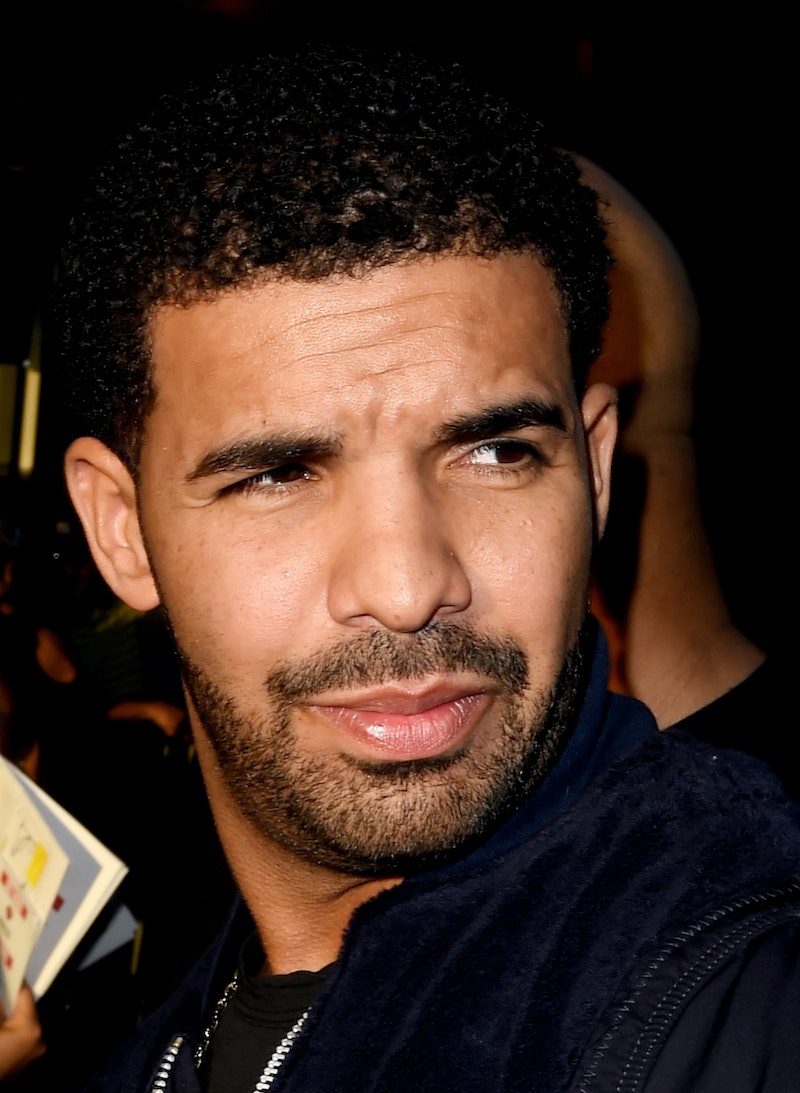 It's pretty safe to say that there are two extremes when it comes to being name-checked in a song — it's either used as a way to shower someone with praise or adoration, such as in Fifth Harmony's song, "BO$$," where they name-drop Michelle Obama and Oprah Winfrey as examples of fierce, bossy ladies, or it's used in entirely the opposite way, to call someone out for some pretty bad behavior (lookin' at you, "Becky with the good hair") — and there's generally no in-between. So fans were definitely curious when Drake released his song "Redemption" on Views and name-dropped quite a few ladies who'd apparently scorned him, including an infamous Ericka who'd "sued him and opened a business." Yikes. Who is this Ericka, and is this name-check based on fact or fiction?

Though some of the names mentioned in the song are still a mystery (Sydney and Tiffany, for example, are hard to definitively pin down), Ericka seems to be a very real person from Drake's past. According to The Hollywood Reporter, Ericka Lee is an ex-girlfriend of Drake's that did, in fact, file a lawsuit against the rapper in 2012.

In the lawsuit, Lee claimed that she was the voice on the phone call in Drake's 2011 hit "Marvin's Room," and, according to THR, she sued him for allegedly not sharing co-writing royalties with her. She claimed Drake agreed to pay her for her contributions, as well as give her songwriting credits, but alleged that he did not do so.

In February 2013, TMZ reported that Drake and Lee came to an agreement outside of court and the case was dismissed. Drake did not offer a public comment on the allegations.

But based on the lyrics in "Redemption," Drake still has the former relationship on his mind:

Ericka sued me and opened a business / Wonder if they wish it could've been different / Wonder what they'd do put in my position / I wonder, when my sh*t drop, do they listen? / Wonder if they're second guessin' their decisions

The jury's still out on if she's listened to Drake's new album...

More like this
Tristan Thompson Plays Drake’s Best Man In A Music Video Wedding With 23 Brides
By Grace Wehniainen
Drake’s Net Worth Will Have Critics Saying “Honestly, Nevermind”
By Hugh McIntyre
Oh, How The Tables Have Turned On 'Love Island'
By Victoria Sanusi
Britney Has Been Granted A Restraining Order Against Her Ex-Husband
By Bustle Staff
Get Even More From Bustle — Sign Up For The Newsletter