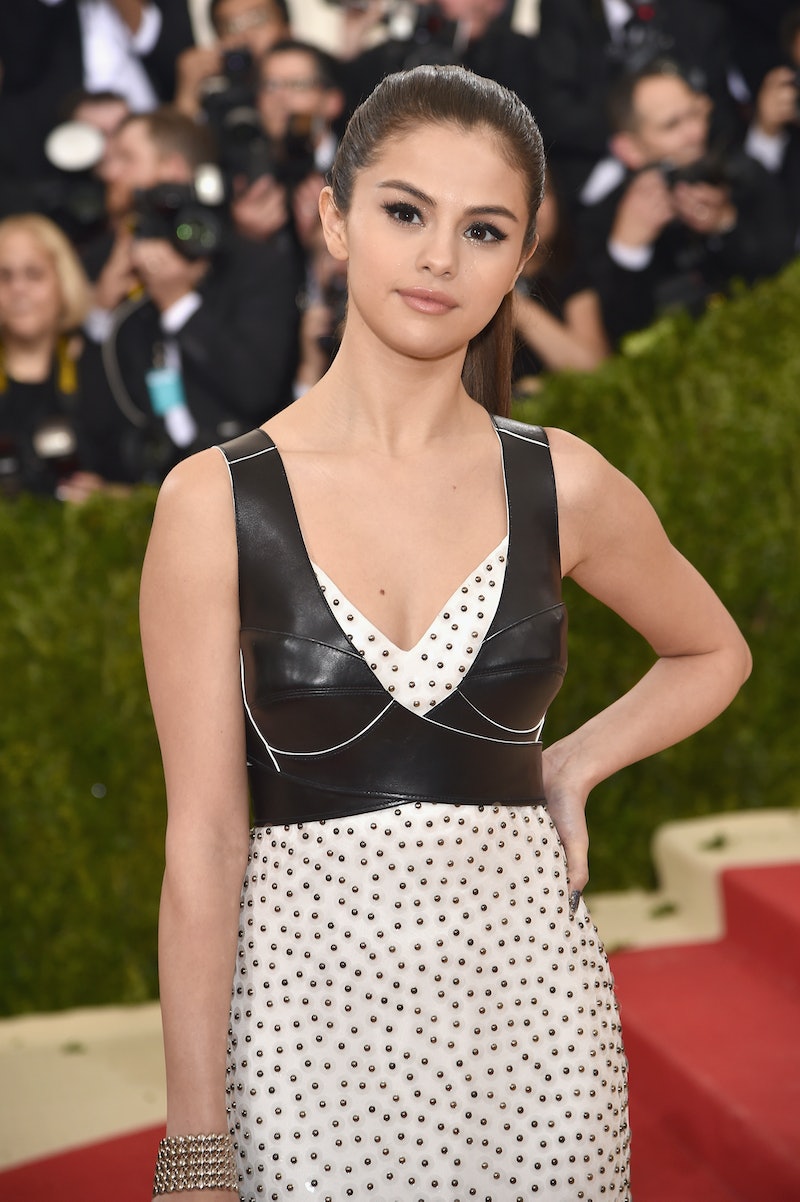 One of the most powerful facets of Selena Gomez's Revival era is that she is owning and asserting her independence, refusing to be defined by the big names associated with her (Justin Bieber, Taylor Swift) and is instead choosing to define herself by her own hard work and everything she's done in her career to get her where she is now. Because as much as Gomez's name is linked with on-and-off boyfriend Bieber and bestie Swift, Selena Gomez is her own person. And she has a bigger platform than anyone else in the game on which to be heard — after all, she just became the most followed person on Instagram.

In a new interview with Entertainment Weekly, the "Good For You" singer discussed her upcoming Revival tour and why she wasn't about to go the Taylor Swift route of bringing #squads on stage with her every night.

"I made a joke about this [when] Taylor was in the room, and she looked at me like, 'You should totally do that!' I was like, 'I can't have all those people come on my stage!' She's like, 'Why not?'" Gomez recalled, gamely telling her friend point-blank: "'Because I’m not Taylor Swift!'"

While that could be interpreted as some self-deprecating humor, that isn't what Gomez meant by the "I'm not Taylor Swift" mention. By purposely not following in the footsteps of her friend, Gomez is laying out her own tour exactly the way that she wants to — on her own terms; not someone else's. It's an idea that she has discussed throughout press for Revival, and it's clear that it's a point she will keep making until it hits home with anyone trying to compare her to someone else.

"I think I have a different everything about me. I’ve worked for my whole career, and I’ve always wanted it to be about that," Gomez explained. "I’ve been in so many situations where it’s like, 'Oh, you’re friends with this person? You’re with that ­person?' All this credibility sh*t that drives me crazy. I love being able to work with other artists I admire, but I have a lot to do on my own before I am willing to make it all about embracing other people."

It's not hard to see why Gomez would grow frustrated of constantly being defined in the media as "Justin Bieber's ex" or "Taylor Swift's best friend": She is an artist with her own talent, her own personality, her own opinion, and her own career. The comparisons to others — no matter how much she love(d) the people in question — are frequent and unfair, especially when Gomez has her own narrative to tell, and it is badass AF all on its own.

Like she has been telling reporters throughout this past year (including my all-time favorite, her response to being asked if Bieber influenced her album: "No. This is my time. I’ve deserved this. I earned it. This is all me"), Gomez is no longer beating around the bush. She is expressive and blunt in her statements, assertive and firm in her attitude, and she is proving — time and time — that this Revival era is all about her.