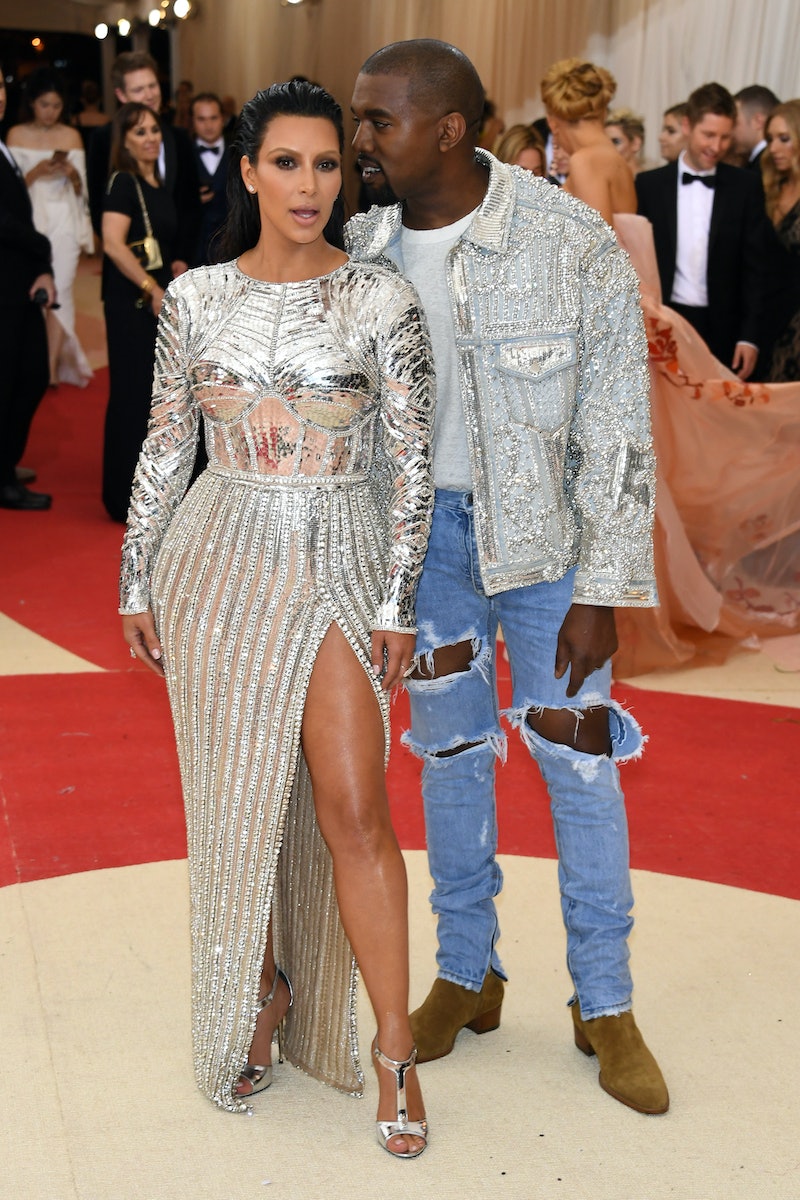 I think it’s safe to say that we know for sure who Kim Kardashian’s baby daddy is. Not that there was any reason to doubt that her husband, Kanye West, was the father of her two children, North and Saint. Still, when a picture of Kanye West carrying Saint in Cuba surfaced on the internet on Friday, it became abundantly clear that the apple definitely did not fall far from the tree when it comes to those Kardashian kids. Because Saint West looks exactly like Kanye West in this picture, and it’s sort of the most adorable thing ever.

The entire Kardashian clan is visiting Cuba for one of their annual family trips, but their visit hasn’t been without drama. South Florida Representative Ileana Ros-Lehtinen criticized the family’s high-profile and glamorous visit, telling People exclusively, "I know it's cool for celebrities to go to Cuba, but the Cuban people don't experience the glamorous Havana that is featured on social media. Far from photo shoots and fruity drinks, everyday Cubans experience a different, sad reality."

But in the midst of this political backlash, the famous family enjoyed their time in a country that was only recently opened to U.S. travelers. The family is reportedly filming episodes of Keeping Up with the Kardashians during their visit, seeing all of the hot spots in Cuba and taking tons of selfies along the way.

But whatever the cameras have caught of the family, nothing compares to this sweet shot of Saint West being carried in his father’s arms. I mean, just look at those two. Saint West’s profile looks like it could be Kanye’s. They have the same shape to their eyes, the same little pout, the same self-serious look. They are spitting images of each other. Seriously, no one has looked more like Kanye West than Saint West does in this adorable picture.

Maybe I’m being swayed by their identical outfits — white on white leisurewear? I die! — but I’m these two are definitely pulling off the daddy and me look like absolute pros.