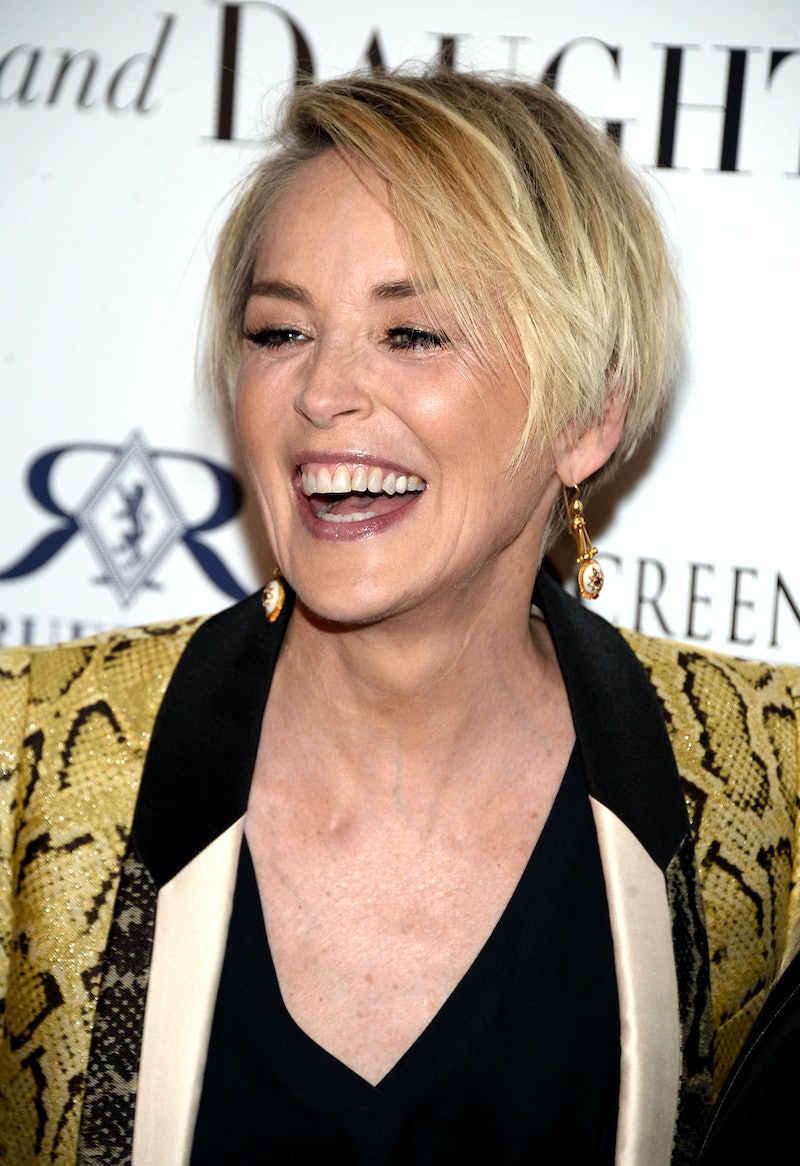 Sharon Stone is one of the most iconic living actresses in the world. Honestly, who wouldn't want her to be in their movie? So it's no surprise that while appearing on The Late Late Show With James Corden, Stone said that she'll be playing a "wee part" in a Marvel movie. The actress was on the popular talk show along with Captain America: Civil War actor Sebastian Stan. Corden asked Stone if she would ever consider acting in a superhero movie, prompting the actress to spill the beans: "I am going to do a Marvel movie".

So far, so exciting. Since Stone's lips are sealed, it's over to your humble entertainment correspondent to lead the investigation into the question we all want to know the answer to: Who exactly will Stone be playing, anyway? Let's take a stroll down speculation lane and see if we can come up with any convincing theories for minor roles worthy of Ms. Stone.

Van Dyne is married to Hank Pym, a scientist who is able to shrink humans to the size of insects while retaining the same level of strength as that insect, and you probably know van Dyne better as her superhero self, Wasp (and Hank Pym as Ant Man). This would explain Stone's repetition of the phrase "wee part" — she may not be saying the role itself is small, just that the character she'd be playing is miniature. It would also be a crafty casting decision, since she'd be playing alongside her former Basic Instinct co-star Michael Douglas, who played Pym in the first film.

2. Aunt May In Spider-Man: Homecoming

Sure, Marisa Tomei has the Aunt May locked down in Captain America: Civil War, but it's not impossible, right?

3. Star-Lord's Mom In Guardians of the Galaxy Vol. 2

While Star-Lord has an alien father, you might remember that his mother is human. Stone doesn't look a million miles away from Chris Pratt, who plays Star-Lord in Guardians of the Galaxy. Also, the age difference is spot on: Stone's 22 years Pratt's senior, making her appropriately aged to play his mother.

Whatever role she plays, Stone's sure to light up the screen — her appearance on Corden's talk show and her wonderful satirical rap collaboration with Corden proved that she still has the charisma to be any piece's focus. If Marvel's hoping to use Stone to attract a whole new audience for their movies, it's a very smart move — and if she's on screen, I'll certainly be there.