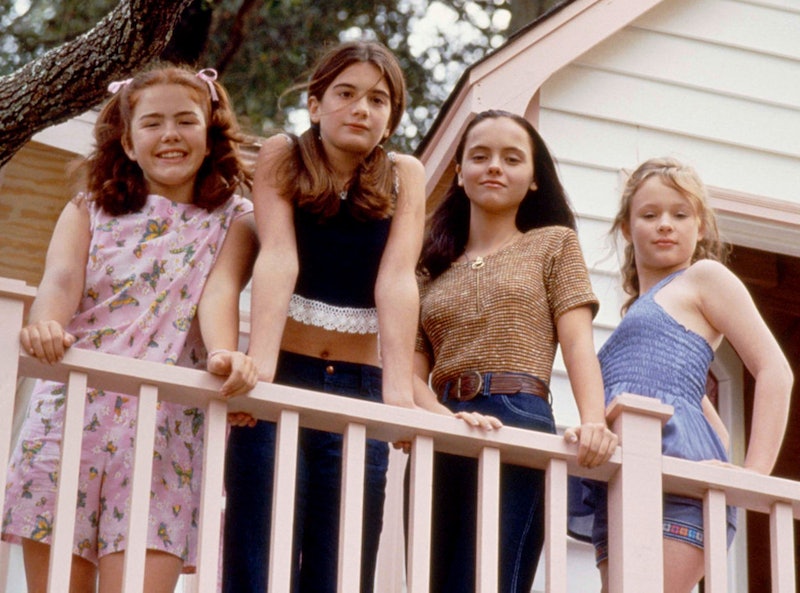 Maybe you spent your summers in the '90s actually outside, roller blading, razor scooter-ing, or just generally enjoying the fresh air and pre-social media, pre-iPhone way of existing in the world. Or maybe you spent your summers in the '90s inside, with the AC turned on full blast, in your Limited Too tankini, with your friend Tina and her bubblegum pink braces — Tina, who for some reason was always over even though you never really remember extending the invitation? Maybe you and Tina spent your whole summer of '97 watching the best '90s summer movies of all time, back to back. Because you and Tina were those kind of children.

Summer movies don't necessarily have to be enjoyed during the summer season, but there's something extra special about watching them indoors when the world outdoors smells like hot pavement, SPF 30, and chlorine. Summer movies from the '90s are a particular kind of celebration. One that commemorates childhood desires of having the quote on quote "best summer of your life!" every time June rolled around and the doors of your elementary school opened wide. The following 12 summer movies from the '90s might take you back to that place — even if it's just for an hour and 20 minutes.

Nothing can prepare you for the warmer months like the classic 1995 coming-of-age film Now And Then. When this foursome pedaled down the street in their bikes, and put vanilla pudding in balloons to stuff their bras, Roberta, Samantha, Teeny, and Chrissy reminded you that some summer friendships can last forever.

S'mores? Check. Baseball? Check? Lifeguards? Check. The Sandlot has everything you'd ever want in a summer film.

Ah, the last day of high school. It was a time of daze and confusion, and this movie encapsulates that oh so well.

Since this is a list about '90s summer films I'm speaking directly to the 1998 version. Lindsay Lohan — with her fake British accent — made this the defining summer camp film of the latter half of the '90s.

Speaking of other summer camp films, Heavyweights takes the cake. Though Tony Perkis, fitness guru played by Ben Stiller, would probably advise against that, considering he works at a "fat camp for boys."

True story: Every time I think of My Girl I start to sob. The romance and friendship between these two youths was so sappy, but so sweet. The kind of fling you envisioned for yourself back in the day. Minus the (spoiler alert) ending.

A group of six BFF entrepreneurs chase that paper, and experience all the other perils of summer break.

It Takes Two was pretty much The Parent Trap, but that didn't make either movies any less great. Two twins (this time, real life twins) that don't know each other meet at summer camp and then do crazy things in the name of someone else's romantic pursuits. P.S. Raise your hand if you ever went to summer camp and were bummed to find out that your twin was not there.

If you want to feel inspired, just watch the above clip of Alfalfa and Darla taking a cute boat ride.

Why wouldn't a film about a young boy who spends his summer helping an Orca whale escape the confines of a glass cage not be on this list? That's a quintessential '90s story arc if I've ever seen one.

Although this film starts at the beginning of the school year, Harriet's recap of her fellow classmates will instantly remind you of what it was like to return to school after a break. Like this gem: "Carrie Andrews thinks she's cool because she spent her summer vacation growing boobs."

A professional all-female baseball league kicks ass and takes names. What more do you need for a feel-good summer flick?

You have a few weeks until summer officially begins. Maybe it's best you start preparing now. With these films of course.

Editor's Note: The original version of this article included a clip from Little Rascals Save The Day (2014) not Little Rascals (1994). This has been corrected.