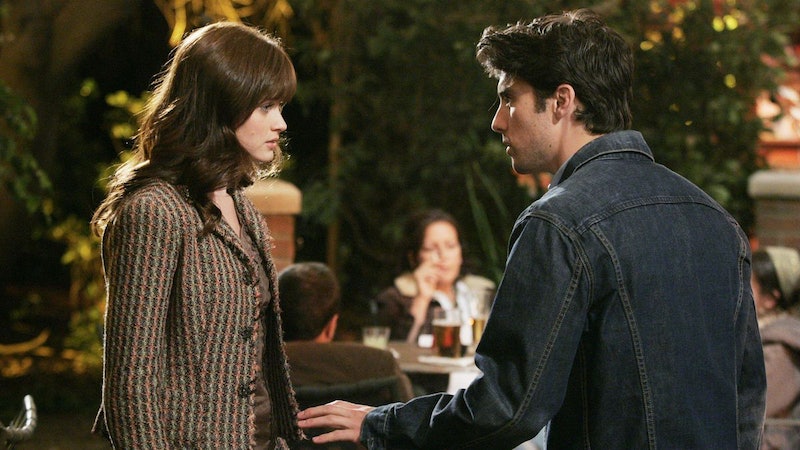 Before I get right into this, let me begin by saying that I love Rory Gilmore. In fact, I love just about every character in Gilmore Girls (and that includes April Nardini, so suck a lemon, you haters), but the thing about love is that, sometimes, it involves seeing all the flaws of a character and allowing yourself to be critical of them. Whenever I go back to re-watch Gilmore Girls (which I do more often than I'd care to admit), there's this one thing about Rory Gilmore that I can't stand. Sure, her character can be irritating, she can make terrible decisions and she can be annoyingly stubborn, but all of that makes for great TV — this one character trait, though? It rubs me up the wrong way, I hate seeing it, and it's all about money.

Part of the main source of the central drama on Gilmore Girls stems from the great wealth of Emily and Richard Gilmore. Their lifestyle is lush, affluent and pivoted around their wealth, which gives them a great sense of entitlement and power over many aspects of the world. It also grants them access to their daughter, Lorelai and their granddaughter Rory, both of whom live deliberately outside of this opulent existence until Rory requires money for school and they get slowly brought back into the fold.

It's clear in the early seasons of Gilmore Girls that Rory has been brought up by Lorelai to understand that living in high society or being in possession of a lot of money doesn't equate to happiness. In these episodes, Rory isn't impressed by opulence in the least bit and seems to be aware of the fact that great volumes of money come at a great price; money provides control, and, by having it, you get to be the one in control, as opposed to needing it, when you become the one being controlled. The money that Rory and Lorelai get given to pay for the Chilton School fees is granted only in return for access to Rory and Lorelai in the shape of regular Friday night dinners, and these continue to happen when there's great animosity between the Gilmores.

Rory, at least in these early seasons, seems to understand that this money is essential for helping her to get the most out of her exceptional smarts and talents, and that at some point down the line that this will then transfer to her becoming self-sufficient and in debt to no one. This is true freedom: not having to rely on the money of anybody else and as such being free to make your own decisions as a result. But, as the show progressed, Rory became very comfortable with having a lot of money and of living a lavish lifestyle within high society. She enjoyed being a Gilmore, and everything that her family name represented to the world of the rich and affluent, and she lost a great deal of herself within that world as a result.

When you compare the way in which Rory treated many of the children she attended Chilton with (cautiously, deliberately not mingling, and anxious when forced to socialize amongst many of them) with the way in which she treated the people she attended Yale with (dating Logan and happily becoming an accepted part of his prosperous gang of friends), you can see where Rory went wrong as a character. While at Chilton, she understood that money granted her access to an education, whereas, while she was at Yale, the opposite seemed to become the case. Rory realized that her education granted her access to the sort of lavish lifestyle which money can grant.

It's easy to see where this change happened, and poor, sweet working class Marty is a character used to personify this leap from Rory's roots to the affluence of high society. When Rory starts befriending and eventually dating Logan, she's pretty good friends with Marty, who hates that entire crowd because he bartends for their parties and presumably sees them at their absolute worst (they also publicly mock him). Despite this, Rory doesn't completely dismiss them, and starts spending more and more time with them and their entire crowd. Marty gets cast aside, and Rory becomes part of their affluent gang instead.

My apologies to any Logan shippers reading this, because like, yeah, Matt Czurchy is dreamy as hell, and Logan is as typically charming a character as any of Rory's boyfriends tend to be, but he was rotten to the core. The damaged product of affluence and snobby and arrogant as a result, Logan provided the impression that Rory could achieve her dreams by climbing up a ladder of prosperity (i.e. getting cosy with his family and the newspaper internship with his father) when she was already on the perfect path of achieving her dreams by her own talents, hard work, and intelligence.

This was why it was so upsetting when Rory dropped out of Yale following that internship. She rejected everything that she was, and became everything that she wasn't. Rory stopped talking to Lorelai, she moved into the comfortable setting of her grandparents pool house, she started organizing high society functions; she basically started turning into a tiny Emily Gilmore. Jess was right to make such a speech when he finally visited her during this period, because he understood what I'm talking about here. Rory became someone else; she was ruled by luxury, and she allowed her spectacular smarts and talents to take a back seat to that.

It isn't so much the money side of things that upset me so much about Rory's change in perspective, but more so that she became a character who wanted to enjoy the perks of certain drastic modes of existence, regardless of who that hurt and how that weakened her as woman. When Rory became a part of that system of wealth which her mother had so eagerly abandoned, it was a slap in the face of everything Lorelai had fought to supply for her daughter and to protect her from.

Rory was raised with the inspiring belief that she didn't need money in order to achieve, that she was extraordinary and capable without needing that extra help to become whoever she wanted to. Of course, the world sadly isn't quite that idealistic, and we all require some form of money to navigate our way from simply dreaming to actually becoming. But placing more prestige on her place in high society and her family's wealth, rather than on her strength, smarts and capabilities is an enemy that all women should seek to avoid. And it was the one flaw I couldn't stand about Rory.