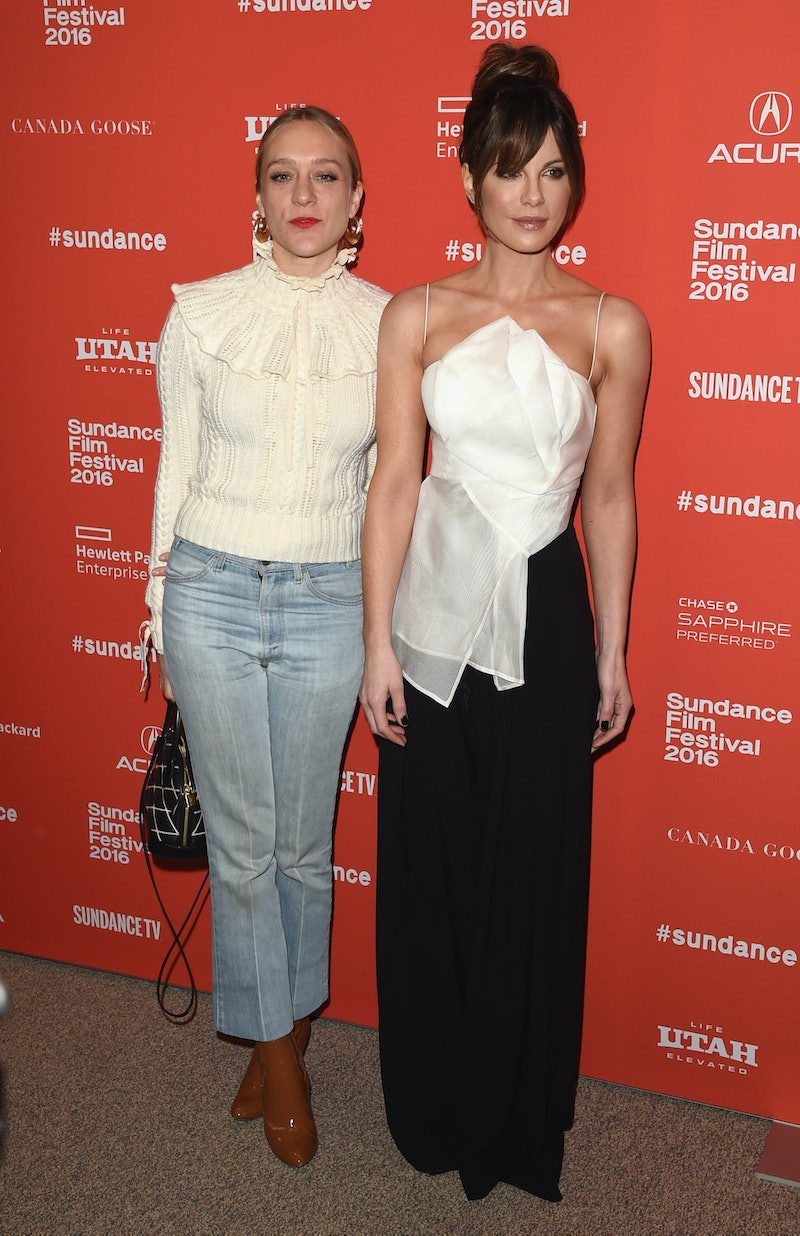 There is no denying that Kate Beckinsale is a walking goddess. I know it, the world knows it and her Love & Friendship co-star Chloë Sevigny most certainly knows it. But if Sevigny is as taken by the British babe as much as the rest of us, why is it she also finds her so undeniably frightening? Don’t fret, I have the answers you need more than Bey’s next surprise album.

Sevigny and Beckinsale reunite on the big screen for first time in 18 years (since 1998’s The Last Days of Disco) in the romantic comedy Love & Friendship, Whit Stillman's adaptation of Jane Austen’s 1871 novel Lady Susan. In midst of the film’s upcoming premiere this Friday, Sevigny reflects on what one can expect when working with her 42-year-old co-star, who seems to be as dedicated to her craft as she is absolutely freakin’ stunning. “I feel safe with her,” Sevigny tells me. “I know she’s going to come prepared and do her best. Some actresses come not knowing their lines and it’s very frustrating — or actors. There’s a certain amount of safety in her preparation. She’s very thorough.” And it comes through. Beckinsale’s cunning and manipulative portrayal of Lady Susan — for lack of a better word — slays.

“I’m also kind of spellbound by her figure in a way,” the 41-year-old actress adds. “She’s so wispy. She has this tiny, tiny waist, I’m always kind of transfixed by her physique.” Aren’t we all.

But seriously, if she’s so talented and so gorgeous, how can she possibly be scary? “Her humor is just so wicked that it’s almost frightening. I mean she’s so smart that it’s scary,” she says. “I mean that in the most positive sense. Sometimes I’m afraid that if I’m not on my game, she’s just gonna be like, ‘Ugh.’ She would never do that, she’s so sweet, but she’s just wickedly dry and witty.”

What further confirms that Beckinsale is #goals personified is something most of us wouldn’t know about her — how incredible she is at being a mom. Sevigny couldn’t help but gush about how admirable her co-star’s dedication is to her 17-year-old daughter Lily Mo Sheen.

She was showing me photos [of her daughter]. She’s very involved and you can tell they have a very good relationship. Even the things she was telling me, like [what] her daughter was talking to her about, I don’t know that many children that would be comfortable talking to their mothers about. She’s so bright, I think she challenges her daughter and made her daughter just as smart. You get a sense of that mutual admiration, that’s really nice and rare.

Women praising moms who are raising smart, strong daughters? Well it doesn’t get much better than that.

See Love & Friendship in theaters May 13.