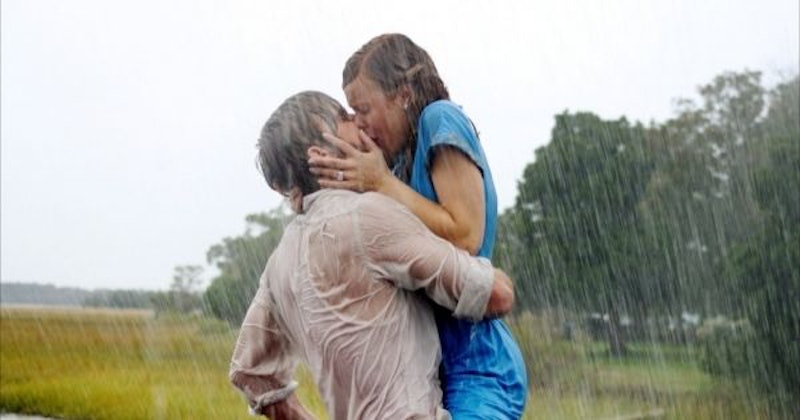 In the world of the romance novel, you can’t throw a rock without hitting a new subgenre. From small town romances, to intense urban fantasies, you can layer subgenre upon subgenre and come up with something awesome and new every time. Lately, I’ve been thinking a lot about second chance romances, a subgenre that centers on couples who learn to love again years and years after their first encounter. As a single girl, I often look back on the love affairs of my past and wonder what would happen if I were to reconcile with any of them. Most would end up being a complete disaster, but there are a small handful of former lovers and missed opportunities that linger in the back of my mind. Sometimes a person just can’t help but wonder.

This subgenre isn’t simply a romance novel trope. In fact, there are loads of literary couples who reunited after years apart. These love affairs might have seemed doomed at the start, but sometimes slow and steady does win the race. These couples may not all win out in the end, but at least they give it the old college try. Take a look at these couples and see what you feel… hopefully, it’s hope.

1. Florentino and Fermina from Love in the Time of Cholera by Gabriel Garcia Marquez

The odds seemed almost entirely impossible. Teenage sweethearts Florentino Ariza and Fermina Daza were completely and totally in love, almost ready to marry each other, until Fermina changed her mind at the last minute and decided to marry a wealthy doctor instead. For 50 years, nine months, and four days, Florentino never stopped loving Fermina. The day Fermina's husband dies, Florentino appears again, fully ready to win her back. There's a bit of a creep factor here, but the final 20 pages of this novel are charming beyond words.

2. Odysseus and Penelope from The Odyssey by Homer

Odysseus was a war hero during the Trojan War, and now that the war is over, he has a pretty sweet deal waiting for him at home in Ithaca, including a gorgeous wife, Penelope, and a strapping young son. Alas, what should have been a simple journey home turns into a decade-long journey after he pisses off Poseidon, god of the sea. Odysseus gets himself into a load of trouble, and picks up a few girlfriends along the way. Meanwhile, back in Ithaca, Penelope remains faithful to her husband — despite the bevy of suitors who show up on her doorstep, asking her to remarry. There's a bit of a double standard here, but props to Penelope for standing in her own truth in spite of insane odds.

3. Kitty and Levin from Anna Karenina by Leo Tolstoy

The path of true love did not necessarily run smooth when it came to Constantine Dmitrich Levin and Princess Ecatherina "Kitty" Alexandrovna Scherbackaa. Levin is the type of aristocrat who prefers to live in the country instead of the "morally loose" cities of St. Petersburg or Moscow. Nevertheless, he journeys to the city to ask for Kitty's hand in marriage. Kitty, although fond of Levin, has her sight set on the incredibly handsome Count Vronsky, so she rejects Levin not once, but twice. Of course, as we all know, Vronsky falls for the beautiful Anna and rejects Kitty. A nebulous amount of years later, Kitty and Levin meet again and decide to start over.

4. Jay Gatsby and Daisy Buchanan from The Greaty Gatsby by F. Scott Fitzgerald

Gatsby and Daisy first met many years before the events of the novel — back when Gatsby was a poor soldier from the Midwest stationed in Louisville during World War I and Daisy was a poor debutante. They have a brief love affair, and Gatsby becomes obsessed with becoming worthy of Daisy, a scenario that doesn't necessarily end well for anyone.

5. Anne and Frederick from Persuasion by Jane Austen

Eight years before the events of the story begin, Anne Elliot, then 19 years old, was happily betrothed to Frederick Wentworth, a handsome naval officer. Despite her love for Wentworth, Anne breaks off the engagement after being persuaded that he's an unworthy match. When Wentworth returns from sea, he's a rich, handsome, successful captain — and he's looking for a wife. But will he forgive Anne?

6. Noah and Allie from The Notebook by Nicholas Sparks

Noah and Allie first met as teenagers one summer in a vacation town on the North Carolina coast. Unfortunately, their love was torn apart by Allie's wealthy parents, who wanted their daughter to have a better match. Fourteen years later, World War II has ended, and Noah and Allie find each other again — but of course, there are a few complications. Most importantly, Allie is engaged to a perfectly nice man by the name of Lon. You've probably seen the movie, but you should still read the book if you're looking for a good cry.

7. Beatrice and Benedick by Much Ado About Nothing by William Shakespeare

The love of Beatrice and Benedick is a bit of a strange one to pin down, as readers aren't exactly sure how many years they spent separated. We do know, however, that the two of them were former lovers, and that it clearly didn't end. I mean, at one point Beatrice is quoted as saying, "I would rather hear my dog bark at a crow than hear a man say that he loves me." Brutal. However thanks to the careful planning of the rest of the cast, the two fall in love... again.

8. Dexter and Emma from One Day by David Nicholls

Dexter and Emma share one night together on the eve of their college graduation, before going their separate ways for what they think is forever. However, after that one night, they're unable to stop thinking about each other. So every day on the day they met (July 15), we are treated to little snapshots of their lives as they date other people, fall in love, argue, and everything in between. Their love story takes a staggering 20 years to unfold, so think about that the next time you personally vow to love a person who doesn't love you forever. How much of forever are you actually willing to sacrifice?

9. Clare and Henry from The Time Traveler's Wife by Audrey Niffenegger

This one is a little complicated. Technically, the whole "reunion" only happens for Clare Abshire, a girl who met her husband, Henry, when he was 36 years old and she was 6 years old. Henry visits Claire every so often as she grows up, and on her 18th birthday, she loses her virginity to him. A few years later, she meets him again... and this time, he's not traveling through time. For Clare, it's a reunion. For Henry, it's a beginning. For the reader, it's a totally mind-bending love story.

10. Rhett Butler and Scarlett O'Hara from Scarlett by Alexandra Ripley

The events of Scarlett begin where Gone With The Wind left off. It's a globe-trotting epic where Scarlett and Rhett — after one divorce, a couple of illegitimate children, and a burned down house — finally decide to make a true go of it.