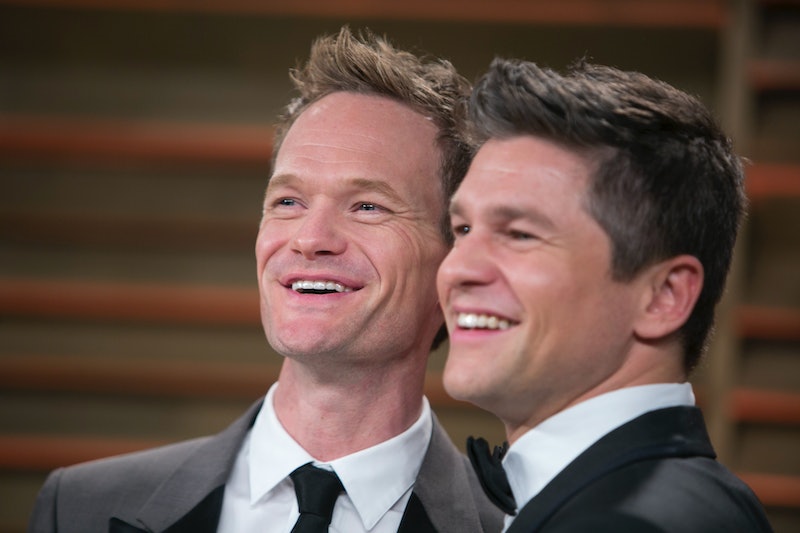 So you’re at a party, and the conversation turns to politics. It’s all going swimmingly, but then someone says something ignorant. And while you know that they’re in the wrong, and that you could totally engage them and win if you were a bit more prepared, your words escape you. Pretty soon, the conversation has moved on, and the moment is lost.

To make sure that doesn’t happen, we’ve compiled a series of handy reference guides with the most common arguments — and your counter-arguments — for all of the hot-button issues of the day. This week’s topic: How to argue for gay marriage.

Your Response: Okay, then name one demonstrable, tangible effect that same-sex marriages have on the functioning of individual heterosexual marriages. The ability of same-sex couples to get married doesn’t alter a single aspect of heterosexual marriages — directly or indirectly. The legal rights and benefits of heterosexual couples are completely unaffected by the existence of gay marriage. It’s not as if straight couples suddenly start loving each other less or start treating their kids worse once gay people start getting married.

Common Argument #2: Marriage has always been between a man and a woman. Legalizing gay marriage would be changing thousands of years of tradition.

Your response: A lot of things were “always that way” before they were changed. For example:

Should we go back to doing all of that?

Why is long-standing tradition a good reason to prohibit gay marriage?

Common Argument #3: The purpose of marriage is to procreate, and same-sex couples can’t have children.

Your Response: So should we also prohibit straight couples from getting married if they’re biologically incapable of having kids? What about if they simply don’t want kids?

The percentage of married couples with children has been declining over the last 25 years, but couples who don't want kids can still get married. And does adoption count? Because around 19 percent of same-sex couples adopt kids.

In addition, there are plenty of legal benefits — like hospital visitation rights, joint tax returns, welfare benefits for spouses, and estate inheritance — that married couples enjoy regardless of whether or not they choose to have children. Should the government prevent straight couples from receiving those benefits until they have kids?

Common Argument #4: If we legalize gay marriage, it's a slippery slope to polygamy, incest, and/or bestiality.

Your Response: I’m arguing for one law, and one law only: Legal marriage rights for same-sex couples. Anything else is a different policy argument altogether. Overturning bans on gay marriage has no legal effect on polygamous, incestuous, or — sigh — human being-animal relationships. Those are separate areas of law, and they won’t be affected by the existence of marriage rights for gay couples.

If you’re saying that allowing gay marriage will set a legal precedent for legalizing other types of relationships, you need to have some sort of evidence as to why that might happen. And saying that you, personally, think that homosexuality is in the same category as incest isn’t evidence. It’s a moral judgment, and the Supreme Court has ruled against laws based on personal moral judgments.

Common Argument #5: Children raised by a mother and a father are more emotionally well-adjusted than those raised by same-sex parents.

Your Response: Zero data supports this assertion, and studies from around the world have all supported the opposite conclusion. Here’s what a 2013 Australian study comparing gay and straight families concluded:

On measures of general health and family cohesion, children aged 5-17 years with same-sex attracted parents showed a significantly better score when compared to Australian children from all backgrounds and family contexts. For all other health measures, there were no statistically significant differences.

Here’s an American study from the same year that focused on adopted children:

An estimated 16,000 same-sex couples are raising more than 22,000 adopted children in the U.S., and these findings indicate that these children will likely fare no differently, as a result of their family type, than those being raised by heterosexual parents.

And here’s the American Academy of Pediatrics, which analyzed over three decades of data on child development in same-sex families:

Extensive data available from more than 30 years of research reveal that children raised by gay and lesbian parents have demonstrated resilience with regard to social, psychological, and sexual health despite economic and legal disparities and social stigma. Many studies have demonstrated that children's well-being is affected much more by their relationships with their parents, their parents' sense of competence and security, and the presence of social and economic support for the family than by the gender or the sexual orientation of their parents.

In short, there’s no evidence to support the claim that children with same-sex parents are worse of — and, once again, “I have an intuitive feeling that they probably are worse off” doesn’t count as evidence.

Your Response: Legalizing gay marriage won’t have any bearing on what churches, or other religious institutions, can or can’t do. The Supreme Court has long upheld the right of tax-exempt religious organizations to fire, hire, discriminate or not discriminate based on gender and sexual orientation. While same-sex couples in Denmark do have the legal right to get married in churches, there’s zero precedent for U.S. courts ruling the same way.

Your Response: “Separate but equal” was the argument used in favor of racial segregation in schools. Ever since the landmark Brown v. Board of Education ruling in 1954, the Supreme Court has consistently found separate-but-equal laws to be unconstitutional.