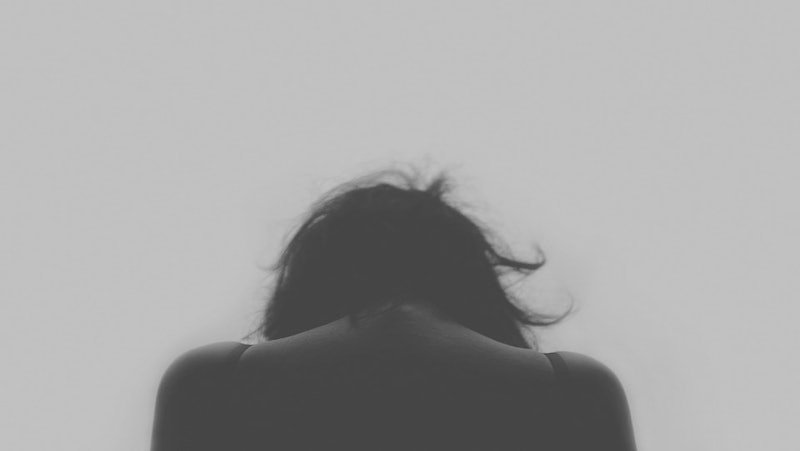 Eating disorders are not a topic to be taken lightly, so when miscommunication about them starts to circulate, it can become very confusing and potentially detrimental, particularly to those who are suffering from them. For that reason, let’s talk about some myths about eating disorders that you should disregard. As you’ll see in this article there are plenty of them, so it’s important that we get to the bottom of the notions that are flat-out false.

The thing about eating disorders, as we’ll get to below, is that they’re actually difficult to diagnose just by looking at someone. That very person you were certain was battling an eating disorder can very well be someone who has a completely healthy relationship with food. Oppositely, someone who, from the looks of things, appears to be an average weight might be someone who has been struggling with food issues their entire life. If we go on appearance alone, we could be highly wrong in our assumptions. There are many other assumptions you might have as well that have no backing, so to get the facts straight, I spoke to Melissa Harrison, co-founder of the Center for Hope and Health in Philadelphia, Pennsylvania. She helped me debunk some common myths you may believe.

Here are 11 myths about eating disorders that you should disregard, according to an expert.

You might have heard before that eating disorders are not that common. Unfortunately, this is untrue. According to Harrison, the National Eating Disorder Association says in the U.S. alone, 30 million people will struggle with an eating disorder at some point in their lives.

While eating disorders are more common in women, there are a substantial amount of men struggling as well, according to Harrison. The statistics break out like this: Out of the 30 million who will suffer from an eating disorder in their lifetime in the U.S., approximately 20 million of those are women and the other 10 million are men, she says. However, there are studies that show certain behaviors are equally as common between women and men. “It is important to note that eating disorder behavior which does not fully meet criteria for the diagnosis — including infrequent binge eating, purging, laxative use, and fasting — are found in some studies to be just as common in males as they are in females,” Harrison says.

3. You Can Tell Someone Has An Eating Disorder By How Thin They Are

Looking at someone alone is not a good indicator of if they’re suffering from an eating disorder. “Even if someone visually appears malnourished or significantly overweight, there are too many life variables, including medical complications, that can attribute to a person’s physical appearance,” Harrison says. “Making assumptions about people’s bodies can actually reinforce the belief that we are constantly judging each other’s bodies, which can perpetuate an eating disorder.”

4. You Can Tell Someone Has A Eating Disorder Because They “Look Sick”

According to Harrison, in her experience the average person struggling with an eating disorder does not appear to look sick at all. “This is because many women with Bulimia Nervosa (BN), Eating Disorder Not Otherwise Specified (EDNOS), and Binge Eating Disorder (BED) do not need a low body weight to obtain an eating disorder diagnosis.” Harrison says. She also notes, however, that if you have a loved one who appears to have additional struggles including avoiding meals, depression, distorted body image, and visually appears to be at an unhealthy weight, it would be appropriate to confront him or her gently.

5. If You Have One Eating Disorder, You Can’t Have Another

One might assume that if a person is suffering from a certain eating disorder — let’s say anorexia — that it means they can’t also be simultaneously suffering from an additional one. However, there is no truth to that statement. While some with eating disorders only struggle with one, others can fluctuate between disorders, Harrison says.

6. If You Have An Eating Disorder, You’ll Have It For Life

If there is the right treatment involved and a high level of motivation to do so, those who’ve suffered from an eating disorder can overcome it and achieve a new lifestyle, Harrison says. “However, this might still mean that they have a more thoughts than the average person has regarding related issues like body image for example,” Harrison adds.

7. Parents’ Actions Are Responsible For A Child’s Eating Disorder

“The development of an eating disorder is a result of many factors that create a perfect storm effect,” Harrison says. “In Cognitive-Behavioral Therapy-Enhanced for Eating Disorders (CBT-E, the gold-standard treatment for Bulimia and Binge Eating Disorder), there is very little focus — especially in the early stages of treatment — on childhood experiences and what the causes of the illness were, but more on the current factors that maintain the behaviors in the disorder.”

8. Eating Disorders Are Not A Mental Illness

False. In fact, eating disorders are even classified as a mental illness in the Diagnostic and Statistical Manual of Mental Disorders (DSM), the standard classification manual created by the American Psychiatric Association used by mental health professionals in the United States to diagnose mental disorders. “Eating disorders were admitted into the DSM because they are clinically meaningful behavior that have psychological patterns which are associated with distress or disability and/or an increased risk of mortality,” Harrison says. Given eating disorders are a mental illness, they are certainly worth seeking professional assistance and treatment for. Harrison reiterates that this type of mental illness can be overcome through with the correct treatment and a high level of motivation by the person suffering from the eating disorder.

9. Eating Disorders Are Not A “Real Problem”

According to Harrison, some of the biggest myths about eating disorders are those that may hinder or disqualify a person from getting the help they need. Saying an eating disorder is not a “real problem” in comparison to other health issues and illnesses is an example, she adds.

10. Eating Disorders Are Only For Getting Attention

Again, Harrison says this statement falls into the category of false notions that could be harmful to the one suffering from an eating disorder, as it could prevent them from fully acknowledging they really have an issue, and might stop them from getting the necessary help they need.

11. If Someone Has An Eating Disorder, They’re Just “In A Phase”

As you can see, there are countless misconceptions about eating disorders that circulate that simply have no grounding. Now equipped with the right facts, if you believe you or someone you know is suffering from an eating disorder — help is all around you, so don’t hesitate to get the bottom of the issue and get the necessary assistance. Additional resources that might be of help include Eating Disorder Hope, the National Eating Disorder Association, and Caring Online.

More like this
15 Black-Owned Liquor & Wine Brands To Add To Your Bar Cart
By Alexis Morillo
The 8 Best Crystals For Meditation, According To A Healing Energy Practitioner & Meditation Teacher
By Lauren Moison
The Internet Is Obsessed With These LEGO Flowers — Here’s Where To Buy Them
By Alexis Morillo
24 Funny Valentine’s Day Captions To Use No Matter Your Relationship Status
By Jessica Booth
Get Even More From Bustle — Sign Up For The Newsletter
From hair trends to relationship advice, our daily newsletter has everything you need to sound like a person who’s on TikTok, even if you aren’t.