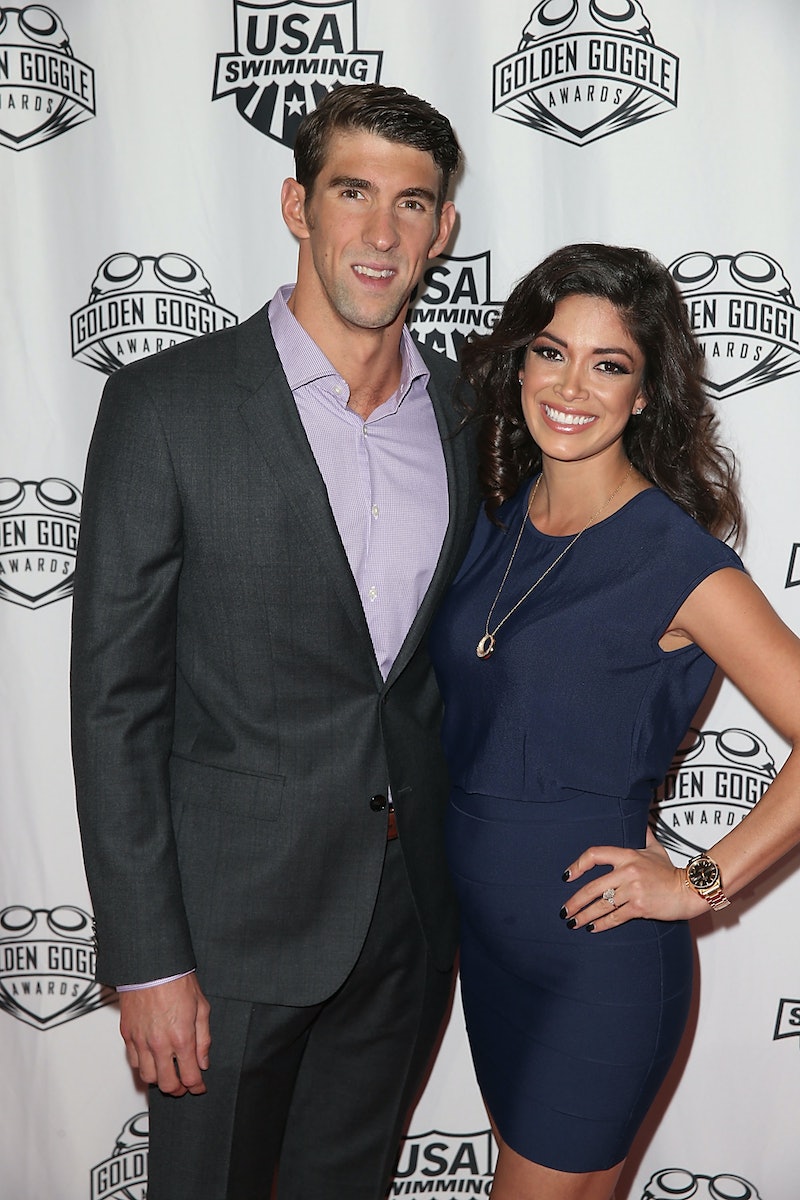 A certain Olympian just got some very exciting news. On May 5, Michael Phelps and his fiancée Nicole Johnson welcomed a baby boy named Boomer Robert Phelps, and the proud Olympian poppa shared the news via his official Instagram. The baby boy is the first child for the couple, and if you're a fair-weather fan like me, you might even be shocked to know that Michael Phelps was engaged and expecting a baby at all. While this is very happy news for them both, I couldn't help but wonder who the new mother was and what exactly Johnson does.

After a very shaky 2014, Phelps seems to have found his stride again when he announced his engagement to Johnson in January 2015. He was involved in some public troubles with the law, but took the necessary steps to change his ways and went full family man soon after.

Although many people might not know who Johnson is, she and Phelps have been involved in one way or another since 2007. And, as it turns out, she is a very accomplished woman in her own right, aside from being a famous athletes' fiancée and a first-time momma.

According to her LinkedIn page, Johnson graduated from the University of Southern California in 2007 with a degree in Communication and Media Studies. While that is quite an accomplishment on its own, her next stint would get her nationwide recognition. Johnson was crowned Miss California in 2010 and according to E! News, later went on to compete in the 2010 Miss USA Pageant, where she came in ninth place.

While Miss California, she worked as an ambassador for INTA Gems & Diamonds, the official crown jeweler of Miss California USA. During this time, also per her LinkedIn, she earned a title from the Gemological Institute of America, as an accredited "jewelry professional," and that's not something you come across every day. After she passed over her crown of Miss California, Johnson worked as an account manager at a restaurant app start-up, MOGL, until landing her current and pretty sweet gig.

Since 2014, Johnson has worked as Director of Communication for Sales & Training at The Yellow Pages, also according to her LinkedIn. At the age of 30, Johnson is already an accomplished woman in her career and will no doubt tackle her new role as mom and wife as fiercely as she has everything else.