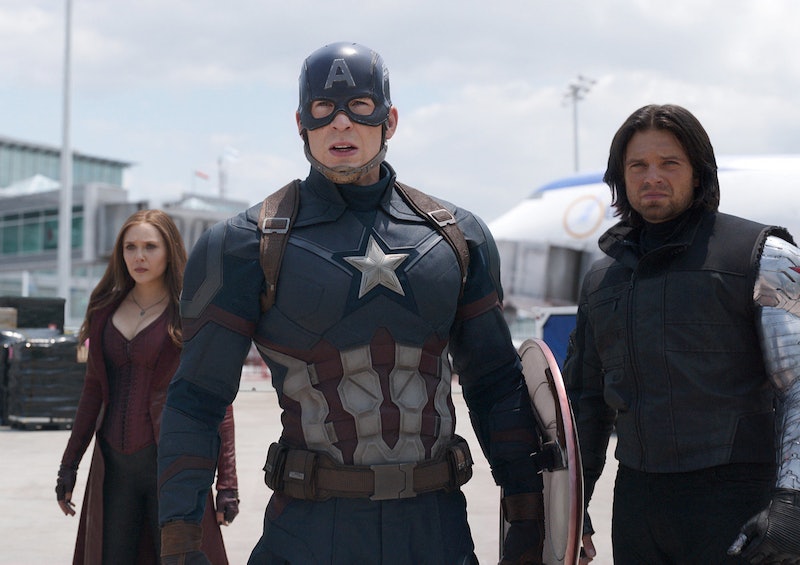 Welcome to the Marvel Cinematic Universe where the good guys usually win, but personal relationships don’t fare so well. Think about it: the romances that aren’t doomed in the realm of Marvel movies and TV shows are rare, and that reflects the world of the comic books too. It’s not that any lasting connection is impossible; but these are serialized stories that have to switch tracks and change things up in order to continue. Sometimes an interpersonal conflict can do that as efficiently as an actual battle can. (And sometimes, it’s both. See Captain America: Civil War, for example.) Also, it’s in the villain handbook that the easiest way to get to a hero is to go through someone he or she loves. Flawed and failed relationships are the lifeblood of this franchise, whether they are romantic or not. Read on to see eight of the MCU’s most toxic couples.

You may want to argue some of these, and that’s fair. I’m not saying that none of these relationships are built on real feelings or run on good intentions. But in every case, the very fact that the two people (or gods or super soldiers) in each of these damaged couples are or were together caused a lot of drama and in some cases, explosions. Just like high school! Check out these ill-fated MCU duos and your own relationship will feel much healthier by comparison.

In the first Iron Man, pre-suit Tony really leaned into the "playboy" side of his "billionaire, playboy, genius philanthropist" descriptor. Christine was an opportunistic reporter who'd do anything to get a story. No one was trying to hurt each other, but their relationship was transactional, and nothing compared to what Tony had later with Pepper Potts.

Nothing against Betty, who deserves a lot more respect for her contribution to the Marvel ladies line-up, but her romance with Bruce Banner in The Incredible Hulk was destined to fail. It's not her fault. Thaddeus Ross let his toxic protectiveness of his daughter feed his aggression towards the Hulk, and that didn't go well for anyone.

Have you ever met a more mismatched set of brothers? Loki and Thor have a love-you-hate-you chemistry that almost destroyed New York City.

On Netflix, the Jessica Jones series serves up a cautionary tale against possessive partners. Jessica was under the complete sway of Kilgrave when they were together, and he compelled her to do unforgiveable things. But in his twisted mind, part of her was really there with him and they might still have a shot. If he can force it.

Again, I'm sorry. Unlike a lot of the Avengers fandom, I wasn't bothered by the flirtation between Bruce and Natasha in Age Of Ultron. But their collective guilt doomed their progress (for now) and sent Bruce on an extended vacation to a deserted island where he can't hurt Widow or impede her life. Drama.

Hear me out. I 'ship Steve and Bucky until the end of the line, but even I can see that Steve's judgement is impaired where his old friend James Buchanan Barnes is concerned. When Bucky comes back to himself (and Civil War sees him getting there), it'll be a different story. But sometimes love makes you too blind.

True, Elektra and Matt have way more chemistry than Matt and Karen on Netflix's Daredevil series. But they brought out each other's most reckless sides, as the most passionate relationships tend to do.

Pretty much everything Hank Pym does in Ant-Man is motivated by the responsibility he feels for his wife's death. Mourning is one thing; letting it consume your life is another. Luckily by the end of the movie, Scott and Hank's daughter Hope (get it?) help him to honor Janet's memory and move on.

Love is a battlefield always, but especially in the MCU.