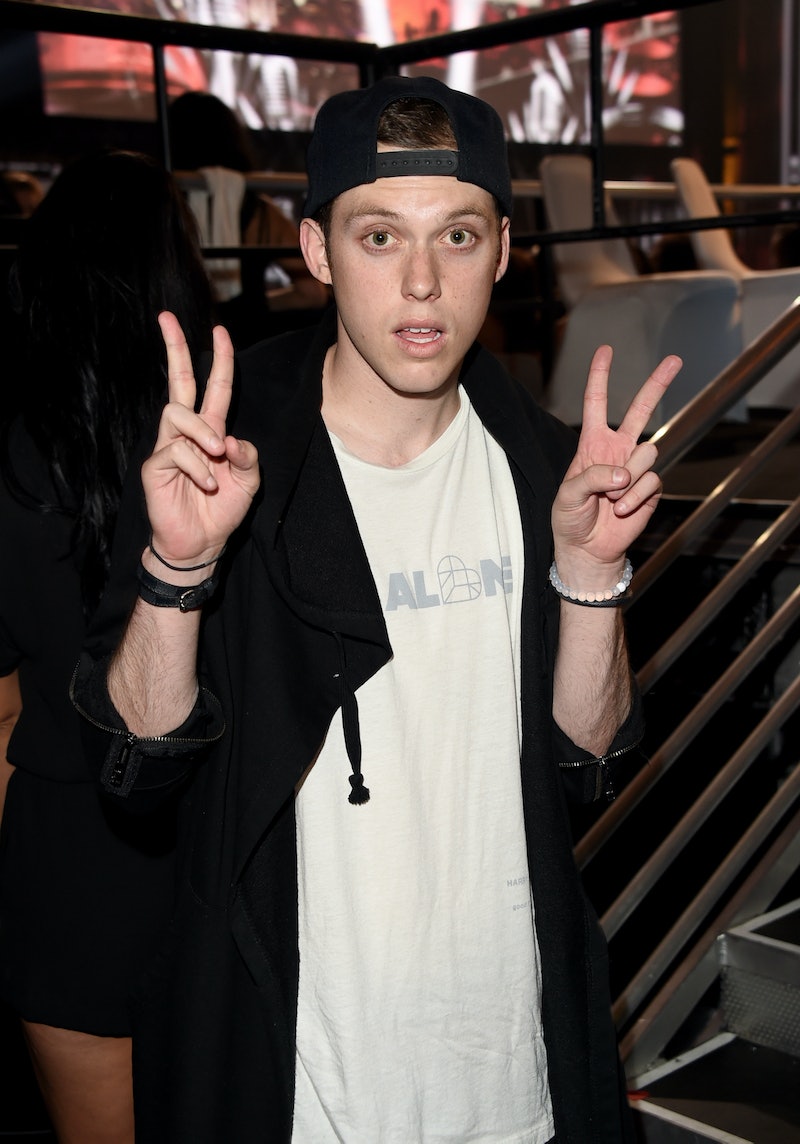 As the reigning queen of social media, Kylie Jenner's Snapchats are viewed by millions of people, so if you're lucky enough to make an appearance, people will start wondering who you are, which was exactly the case for Harry Hudson. Who was this cute, stylish blonde always driving in Kylie's car? Fans eventually found out his name, but questions of who he was and where he came from soon spread throughout the Kylie/Kendall fandom. And one I need answered is what Harry Hudson does for a living.

Husdon's rise to Internet fame came fast and furious, and I would count his appearance in Kylie's "Snapchat drama," alongside her sisters and Caitlyn Jenner, as the moment he became famous. After the video went viral, Hudson told Complex about a phone call from his mom: “She was like ‘I saw you on E! News, and they had this Snapchat thingy.’ And I was like ‘What the f*ck are you talking about?’”

Just like that, Hudson was connected to the Kardashians and their wild world, but aside from being their sidekick on Snapchat, he is a songwriter and musician who is on the verge of releasing his first album.

It turns out Hudson came from humble beginnings in New Jersey until his family moved to California, and he discovered his love for music. In an interview with Vice's Broadly, Hudson shared that he moved to Southern California when he was 12: "My mom fell in love, and literally dragged us to the Valley." In high school, he started experimenting with freestyle rapping with some friends. He told Broadly, "Everyone else was going to parties, but we were making music in the bathroom."

According to Complex, Hudson performed a gig at Key Club when he was 16 and ended up in the same circle as Kylie and Kendall Jenner. He shared with The Daily Beast that at the age of 20 he was diagnosed with cancer at the same time that he was being courted to be signed to a major label. Hudson is currently in remission while he is working on new music. He told Complex that he is the process of recording an “urban folk” album to be released in the summer of 2016, and he has already posted a track titled "Stop" from the upcoming project on his official website.

Aside from being Kylie's sidekick in her Snapchat antics and an aspiring pop star, Hudson is devoted to making a positive impact to young people who have gone through illness or adversity like he has in his life. He has definitely overcome the odds to be in the unique position he is now. He told Complex of his hope for the future,

At the end of the day, I want to help save the world, as crazy as that sounds. But that’s my vision, to help bring light and spread love to the world. I have a group of misfits with me and they want to do the same thing. You can’t do anything by yourself. You can’t make an impact, you can’t create a wave by yourself.

I am all for more positivity in the world, and I hope he succeeds in this. He definitely has an impressive squad to back him up.