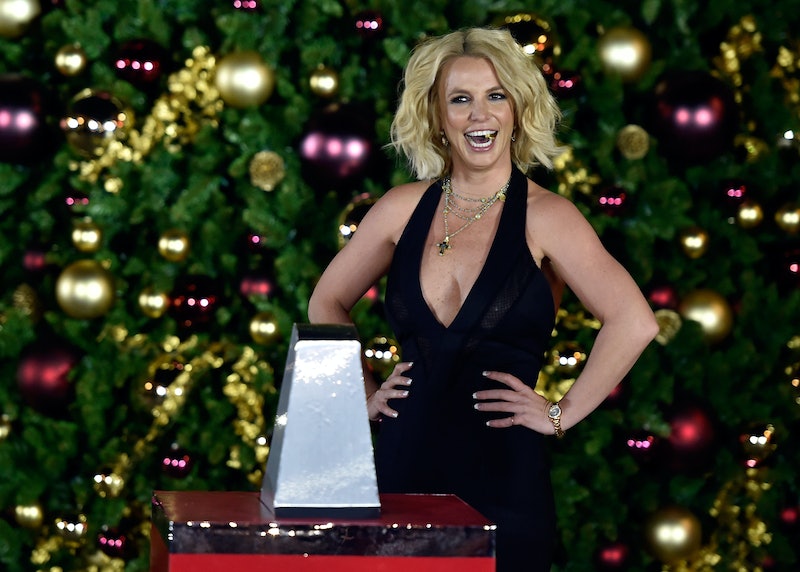 Back in April 2015, Glu Games Inc. revealed that a Britney Spears mobile game was in the works. Diehard Brit Brit fan and devoted Kim Kardashian: Hollywood player that I am, my heart wasted no time in making room for this to-be-released game. I was ready and raring to get my phalanges on that app. An entire calendar year has passed since that news item broke, and I'm still ready. And raring. And waiting. When will the developer behind the runaway success that was Kim Kardashian: Hollywood finally unleash what is sure to be my new favorite app? When will the Britney Spears mobile game be out? According to the pop deity, Britney Spears: American Dream is "coming soon." Yesssss! *Breaks into "Stronger" music video chair routine out of joy.*

On Monday, the “Oops!… I Did It Again” icon posted a photo of her game avatar to let the Britney Army know that the app will be out in the near future. The official release date has yet to be announced, but according to E! News, the game is currently in soft launch in New Zealand and was previewed on Google Play today. We're so close, y'all.

So, what's the game about? Take it away, New Zealand App Store:

Make hit songs and climb the music charts as a Pop Star with Britney Spears!

PLAY TO THE CROWD

Perform at venues worldwide - from Starbeans, to international stadiums, all the way to Britney’s stage at Planet Hollywood!

CREATE YOUR OWN SONGS AND ALBUM ART

Design your own hit single covers with a variety of locations, characters, stickers, and more!

GET THE BEST STUFF

High fashion! Superstar instruments! Adorable pets! Expensive cars! Your own mansion! You can have it ALL!

RISE TO THE TOP

Beat out other players to secure the #1 chart position and claim exclusive rewards!

I can't wait to keep on swipin' till the world ends.