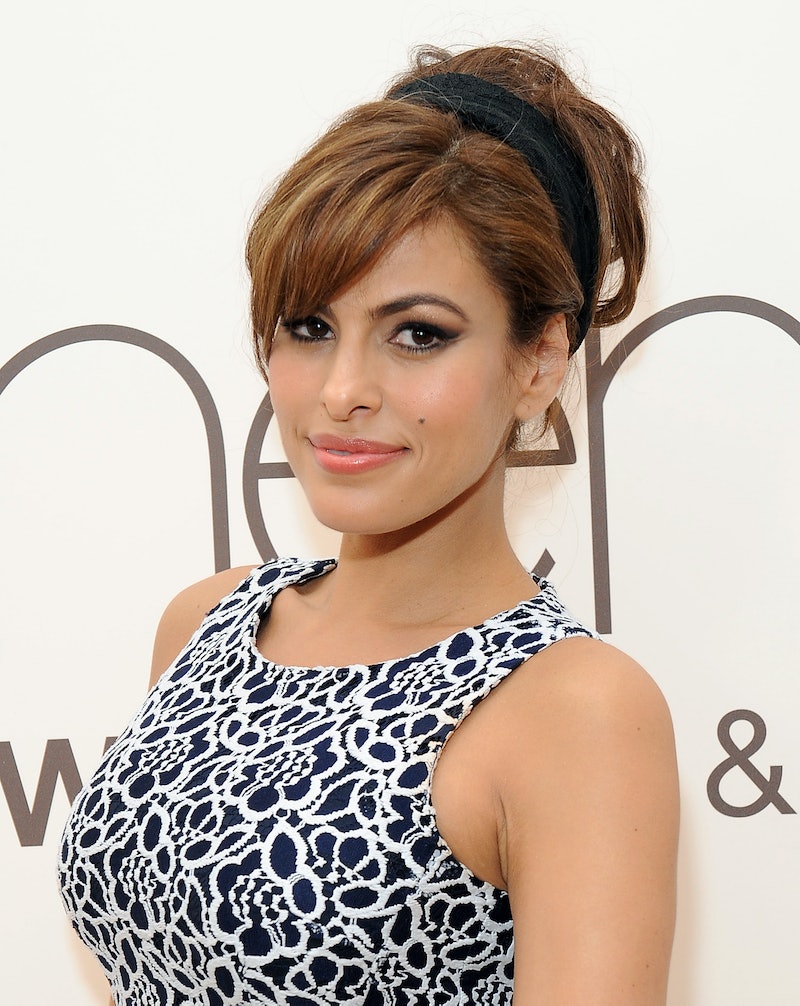 In what is totally shocking news (well, as far as celebrity news goes, at least), Ryan Gosling and Eva Mendes reportedly welcomed their second child on April 29, even though reports that they were even expecting only came out two weeks prior to that. Even before this news came out, Gosling and Mendes were known for being extremely private about their relationship and personal lives. I mean, I'm sure they share things with their family and friends ("Ry has been such a slob recently," Mendes probably tells friends over cocktails), but when it comes to sharing information with the general public, these two keep things hush-hush. This was made crystal clear when they welcomed their first child, a daughter, Esmeralda Amada, in 2014 and never spoke out about the news at all until after she was born.

Because of this high level of privacy, no photos of the couple's first child have ever been seen by the public and it's likely no photos of the reported second child, who TMZ claims is a daughter named Amada Lee, will be seen either. (Bustle has reached out to reps for Gosling and Mendes for comment on the reported news, but has not yet heard back yet.)

That's where I step in. Fans of the actors may think that there's no way of knowing what a combination of their good genes actually looks like, but that's not the case because... Internet! The glorious World Wide Web has provided multiple baby face morph sites for use when one needs to see what it would look like if they had a baby with their crush, or what it looks like when Eva Mendes and Ryan Gosling have a baby, or what it looks like when you and Ryan Gosling have a baby. (Hey, might as well while you're at it, right?)

So, with no further ado, here are what some of the top baby face morph sites show as the second offspring (Or the first. Let's be real, there's no "second child" option) of Gosling and Mendes.

This baby is from the Luxand Baby Maker (sounds fancy, yes?) and it is... not a baby. But that's cool. At least we know that Baby MenGos #2 is going to be way into ice skating and have an abnormally large head.

This one is from MakeMeBabies.com and while still fairly creepy, this one is a bit more realistic. And, I learned that an arched brow is the strongest inherited trait from both of little Amada's parents.

Ding, ding, ding! We have a winner. This one from MorphThing looks like an actual child. Sure, her mustache is coming in a little strong for her age, but I am definitely the least creeped out by this one and could totally see her strolling around when her mom and pops.

So, did this satiate your curiosity when it comes to seeing the Gosling/Mendes baby? By that do I mean that it turned you off from seeing babies or small children at any point in the near future? Yes. Yes, I do.