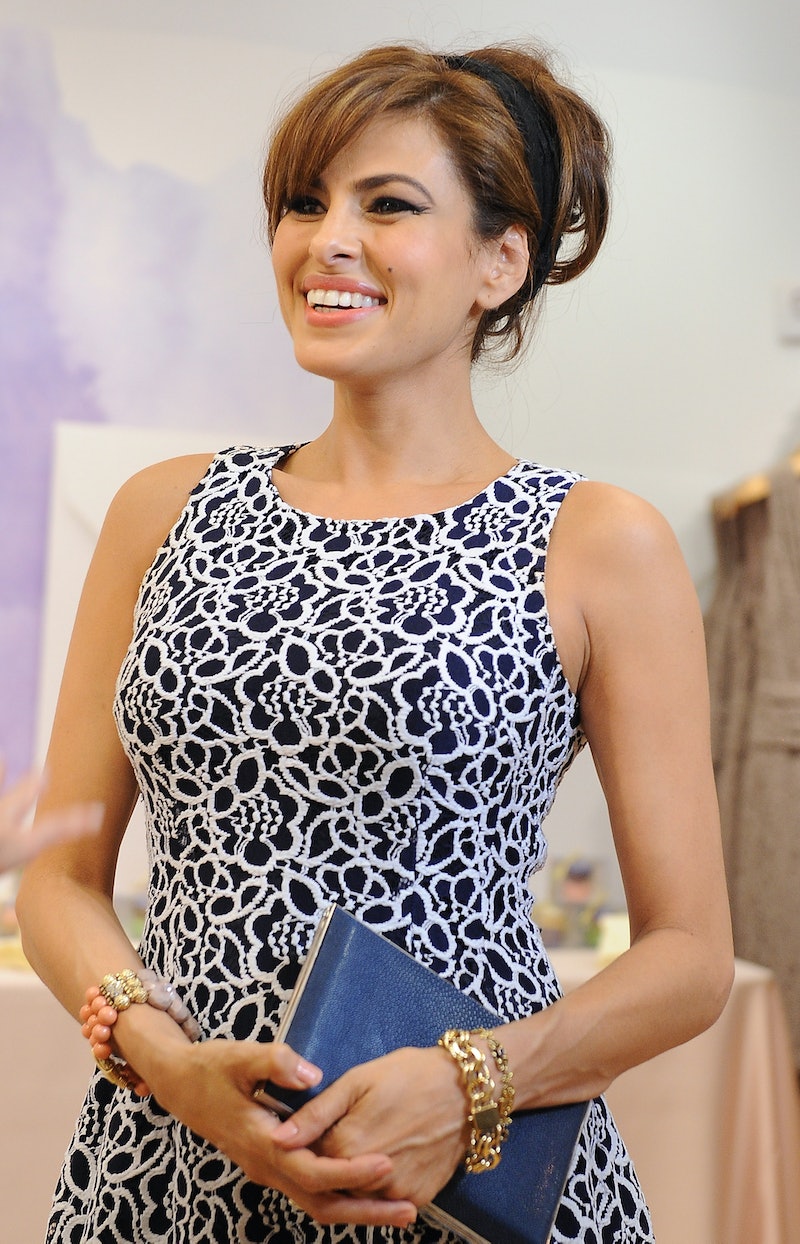 Just when you thought the world had no surprises left, TMZ drops a huge bomb on the internet. Ryan Gosling and Eva Mendes have had their second child, according to the latest report, and the baby girl has been given a beautiful name: Amada Lee. Now I know I'm not the only one with an unusual fascination with the life of the Gos, and thus I can't be the only person who is wondering, well, why exactly Gosling and Mendes named their baby Lee. It's a traditionally masculine name being given to their little bundle of female joy (with Leigh being the most common spelling for girls) which makes it as interesting as when Ryan Reynolds and Blake Lively chose to name their daughter James. I am all about slapping down gender stereotypes, but does Lee hold some sort of special meaning?

The meaning of Amada, which is the middle name of the couple's first child, has already been discussed, both by Bustle and by Mendes herself, but, for those who forgot, among its personal significance to Mendes, it's also a Spanish name that means "beloved." And, according to etymology website Behind The Name, the moniker Lee is an Old English name meaning "clearing." Another etymology website, Think Baby Names, the name means "pasture or meadow." So, essentially, if Mendes and Gosling truly have had their second baby, and the baby's name truly is Amada Lee, then the child's full name translates to "beloved meadow." Aww.

If the couple is feeling particularly literature friendly, then there's also the chance that Amada Lee could be a nod to the famous Edgar Allen Poe poem, "Annabel Lee." I mean, the poem is, in true Poe style, an incredibly creepy story of a man who's love, Annabel Lee, has passed away, and how he's so obsessed with her that he climbs into her tomb to lay with her every night. But, you know. It's still a lovely poem, and Amada Lee and Annabel Lee do sound very similar.

Whatever the reason for the choice of the middle name Lee, I can't deny that the name Amada Lee flows absolutely beautiful. And, if there is truly a Gosling-Mendes baby out there in the world with this name, then picking apart her name is all we can do since it's not like we'll ever get to see the child. We're still waiting to see Esmeralda Amada, after all.