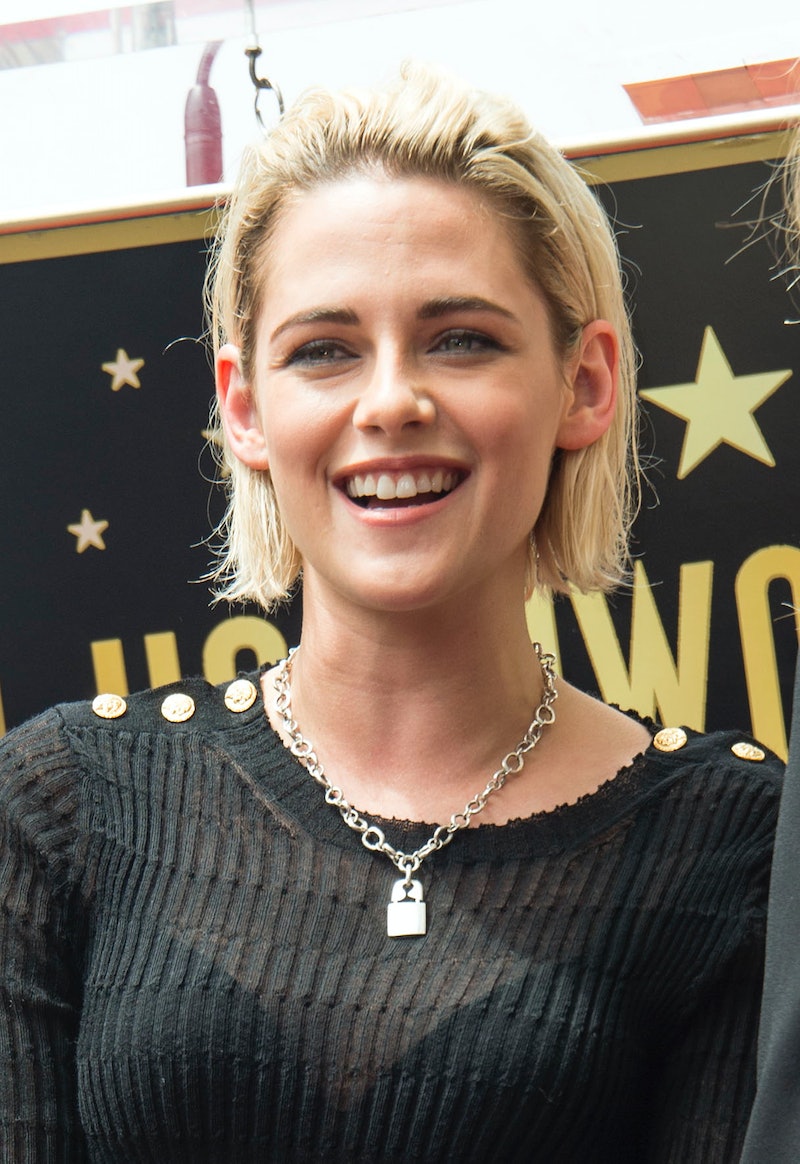 I have been a fan of K. Stew's from way back in her Twilight days, so I'd be lying if I said I didn't feel a certain amount of protectiveness when it comes to the actor. As someone who used to pore over her interviews, I've always felt that she was misunderstood, which is why Kristen Stewart's interview with Variety is a breath of fresh air. The interview finally feels like an accurate reflection of her character and it proves, once and for all, that everyone has had her all wrong.

Stewart tells the magazine that she is seen as "guarded." And she isn't wrong, but it's not a fair assessment. Maybe the 26-year-old doesn't operate under that Hollywood patented pageant-like perkiness, but that doesn't mean she's reclusive or ungrateful. Quite the opposite, in fact. She unabashedly spoke of her misconstrued nervousness about red carpets with Variety. She said,

The amount of tumultuous growing up I’ve had to do in front of everyone is awesome. For somebody who is super-sensitive and cagey, it’s the perfect place for me to be thrust into, because I’m like, "Oh my f*cking God. Now I have to live in a f*cking bounce house and stand and say, 'No, I deserve to be here.'"

While Stewart isn't the first and definitely won't be the last shy person to have their anxiousness regarded as standoffishness, it's still awesome to see her take a stand. In fact, standing up for herself is something she does that multiple times throughout the interview. Of course, the main thing the public will harp on will be her discussion of her sexuality in the piece, but it's actually what she says in reference to that burning question that truly speaks to her life at large.

The writer Ramin Setoodeh writes of her "decision to appear in public with girlfriends — in front of the paparazzi." Stewart said of this choice,

That’s really important to me. As much as I want to protect myself, it’s not about hiding. As soon as you start throwing up so many walls, you cannot see over them yourself, so you just start isolating in a way that’s not honest.

You hear that, guys? Stewart isn't cowering away, she just — gasp! — likes to maintain a healthy amount of privacy. How radical! But even better than her clarification of her seemingly close-to-the-vest lifestyle is how she smashes that preconceived notion completely. In this interview, Stewart is an open book, which may seem completely out of character to some, but it isn't.

She took that honesty a step further when she talked about something even I never thought she would: The Snow White And The Hunstman sequel debacle. She told Variety, no holds barred, that her involvement with director Rupert Sanders did not correlate to her not being in the next installment. "It wasn’t a situation where I got kicked off a movie because I got in trouble," she said. "We had been in talks months after that about making something work, and it never came together."

After reading this interview, there's hardly a topic Stewart seems reluctant to speak on anymore. And as a longtime fan, it's so refreshing to see her true colors made apparent to the masses.