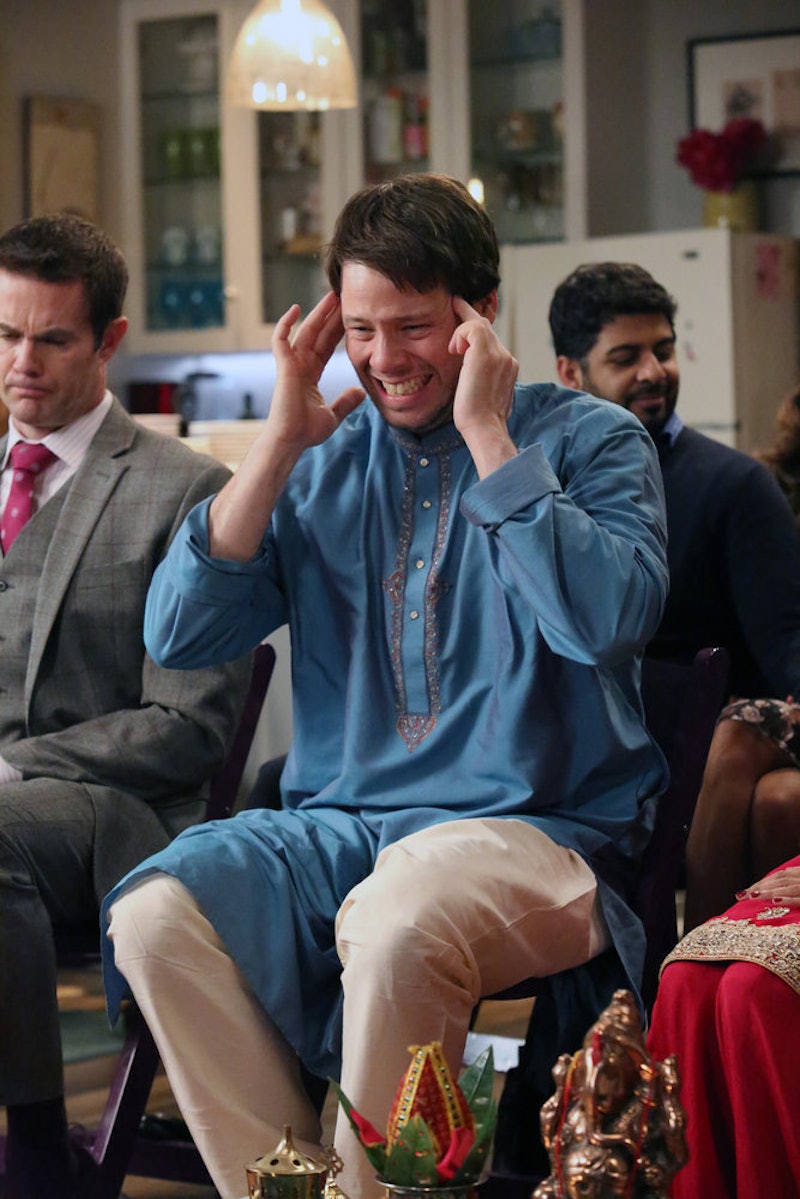 One of the benefits of splitting Mindy Lahiri and Danny Castellano up is that it gives The Mindy Project some room to really develop its ensemble, however embarrassing those adventures may become. Tuesday, Morgan and Jody met Ashley on The Mindy Project and it was truly astounding how much her personal choice to stay a virgin until marriage rocked their worlds. I can only hope that Ashley, who is played by Lauren Cohan, sticks around for more, because this dynamic is really interesting.

Just the fact that a woman's choice to save herself for marriage is enough to rattle two men to their core is a bit ridiculous. Jody was initially put off by Ashley's choice, then discouraged Morgan from pursuing her because "men have needs" — gross. I get that Jody is the "new Danny" in that he's a little traditional/backwards in his thinking (and still seems to have a crush on Mindy), but that doesn't make it any less annoying. How dumb are boys that the prospect of a woman who doesn't want to have sex with them, or any man, totally stumps them?

Plus, it's ridiculous that both Morgan and Jody reference "hand holding" — as if virginity was a one-way ticket back to the '40s. Ashley may have described herself as "old-fashioned," but I don't think she lives so far in the past that dating her means splitting a milkshake at the soda shoppe. There's a lot between bumping palms and bumping uglies when it comes to physical affection, and I'm so glad that Ashley set Jody straight by the end of the episode.

That's the other thing. It's possible that Jody was only trying to sabotage Morgan's chances with Ashley so that he could swoop in. I do not trust that smarmy Southerner (and I'm from North Carolina, so I can judge all I want) one bit. Ashley's a good character, and very different from the character that Lauren Cohan plays on The Walking Dead, Maggie. I just hate to see her paired up with this guy, so hopefully he gets better or she dumps him. Given how closed-minded he is about her sexual choices, I wouldn't be surprised if she did that sooner, rather than later.