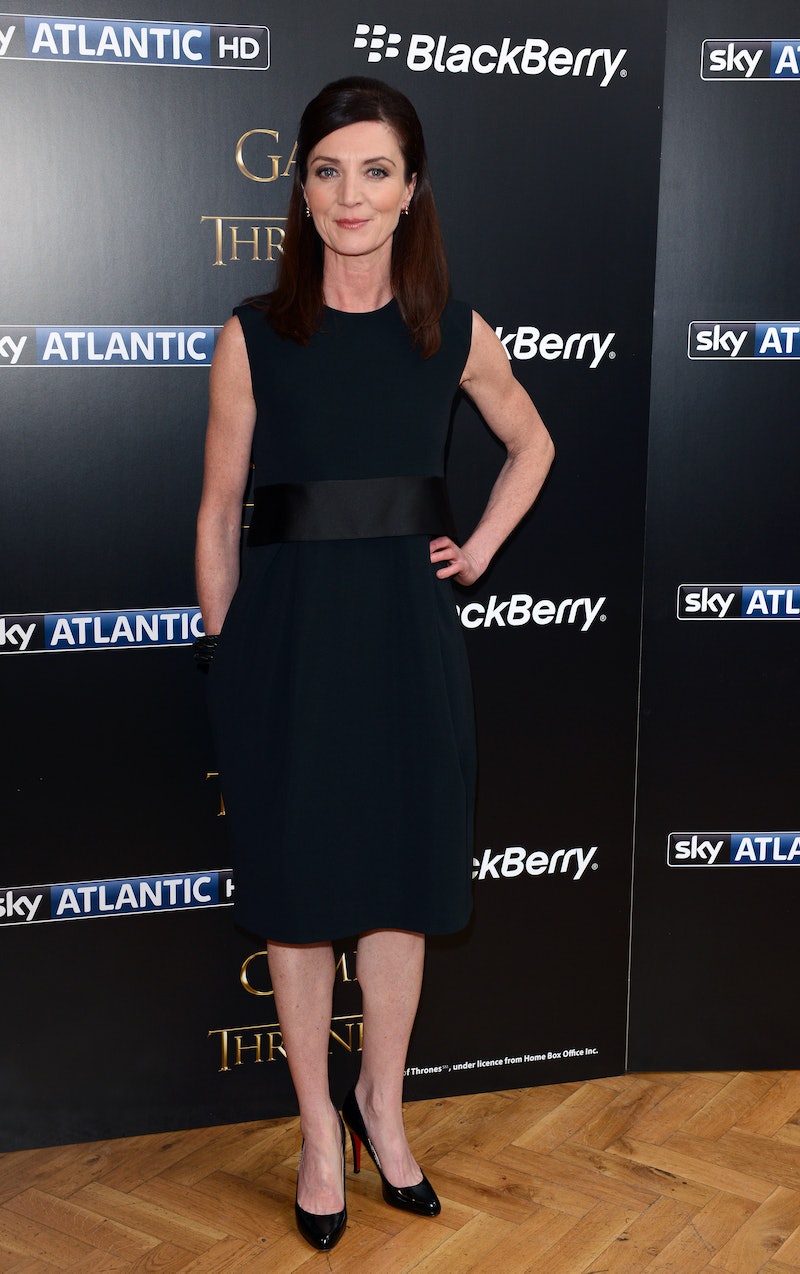 Michelle Fairley's character may be dead in the Game of Thrones universe, but that doesn't mean the actor is gone from TV screens for good. As Deadline reports, Fairley, known for playing Catelyn Stark on Thrones , will be appearing as Margaret Beaufort in The White Princess, Starz's eight-episode follow-up to The White Queen. The series comes from the mind of Phillipa Gregory, and will focus on the Tudor family during England's War of the Roses; Fairley's Margaret is Henry Tudor's mother. But other than the fact that Fairley will get to star in a serious drama once again, how will her White Princess role stack up to her time on Game of Thrones ?

For one thing, The War of the Roses is the same time in history that George R.R. Martin based a lot of Game of Thrones on, according to Mental Floss. For another, Fairley's Margaret, the mother of Henry VII and great-grandmother to Queen Elizabeth I, is a Cersei-esque character. As History Today recalls, Beaufort was a heavy-duty matriarch and through all sorts of plotting and shady deals, assisted her son onto the throne while still appearing squeaky clean due to her service work (she helped build Cambridge, for goodness sake!),

So you've got middle-ages art design and clothing, power plays between characters in order to make it to the top, and British accents; there's even the fact that Princess will follow how Margaret handles no longer being the most powerful woman in the life of her son, Henry, who has married Elizabeth of York to unite the Tudor/York family. (Margaery Tyrell and Cersei, anyone?) It sounds like The White Princess and Game of Thrones have a lot in common. And even those who never got into the HBO series should definitely check this one out, because it'll be interesting to see how the Tudor family gets the on-screen treatment, after so many previous iterations.

It will also be really intriguing to see Fairley as someone who creates victims instead of being a victim. Gone is the noble and trusting Catelyn Stark — it's time to see the calculating Margaret Beaufort.