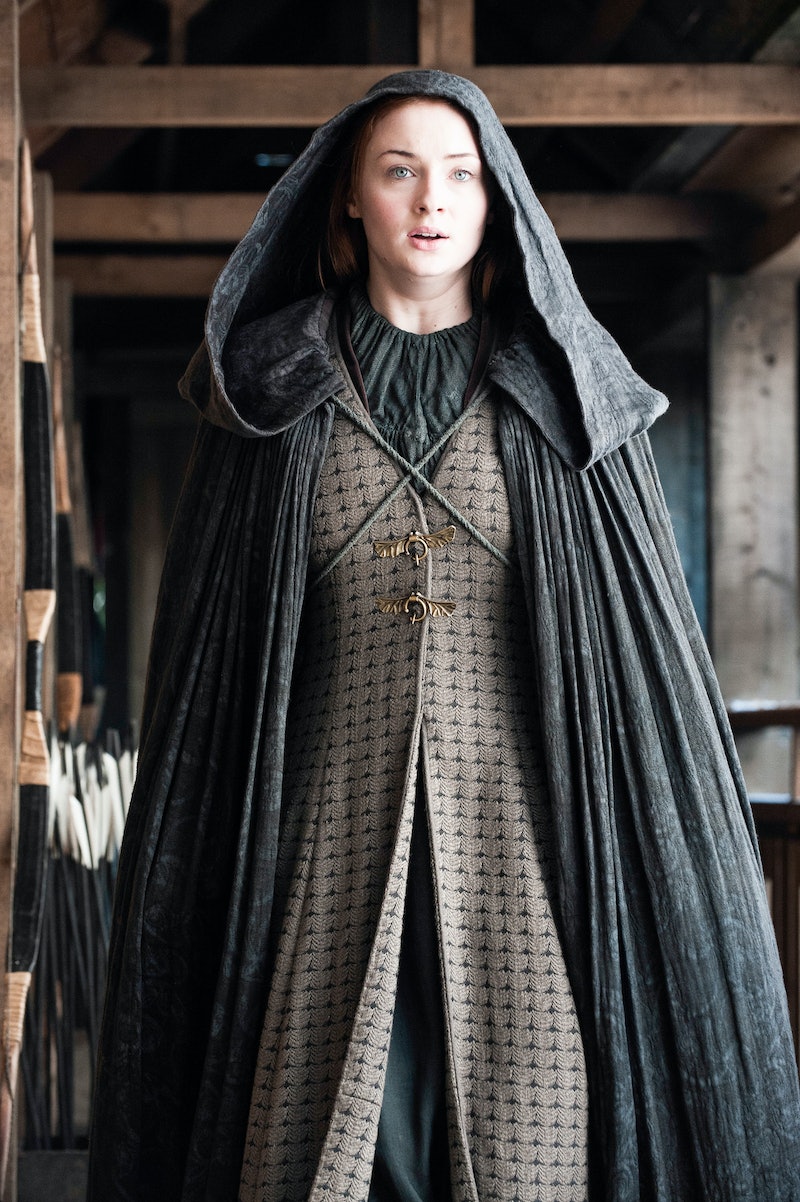 There's nothing more difficult than being a Stark in Westeros. It seems that there is nowhere in the Seven Kingdoms that doesn't actively have someone in power trying to destroy the remaining members of the Stark family, despite the fact that the family is nowhere near as powerful as it once was. Ned, Catelyn, and Robb Stark are all dead. Bran Stark is hanging out with a mysterious tree man named the Three-Eyed Raven. Arya is becoming "no one" and renouncing her Stark name. Rickon Stark is in the hands of the endlessly awful Ramsay Bolton. Two remaining Starks, however, have recently had some good fortune come their way and it could mean that a Stark family reunion for Sansa Stark and Jon Snow.

Now that Sansa is free from the rule of Ramsay Bolton and Jon Snow is free from death, these two have their sights set on reuniting. However, much like scheduling plans in the pre-cellphone era seemed to be impossible, it seems that these two might end up missing each other due to a lack of communication. Sansa is headed to The Wall with Brienne and Podrick, but Jon Snow was last seen leaving The Night's Watch. At present, it seems like their much-anticipated reunion might not happen due to a lack of communication.

Jon Snow's watch has ended, and he's aware that there is trouble brewing in Winterfell. It would make sense for him to take his new Wildling army down to Ramsay Bolton and show him a thing or two about how to be the best "bastard of the north." However, if Jon leaves then Sansa, Brienne, and Podrick will be going to The Wall for no reason and their reunion will take even longer to occur, which means someone could die before these two even see each other again.

Although Game of Thrones has a well-earned reputation for being one of the cruelest shows on television when it comes to giving fans what they want, it's getting to the point where keeping these characters apart is getting comically excessive. After an incredibly tense and dire Season 5, fans needs a pick-me-up. Watching Jon Snow come back to life was a great way to breathe a bit of joy back into the series, and seeing Sansa finally accepts Brienne's help was a heartwarming touch. Those are fantastic moments, but Game of Thrones fans will be brought to tears at the sight of two Stark children reuniting. The Stark family has lost so much that having each other once again will bring an extreme emotional catharsis to the show.

Game of Thrones has wallowed in misery for so long. It seems that some positive developments are starting to happen in Westeros, and Sansa and Jon Snow finding each other will be a grand moment. Of course, the show probably won't let fans be happy too long before something awful happens again. Perhaps they'll hug upon reuniting only to discover that they've been surrounding by the army of House Bolton, or that the Freys are back and aren't done killing Starks, or maybe they fall in a big ditch for no reason — nobody knows at this point. The only thing that is certain is that Sansa and Jon Snow need to find each other if the Starks want to take their rightful place at Winterfell once again.