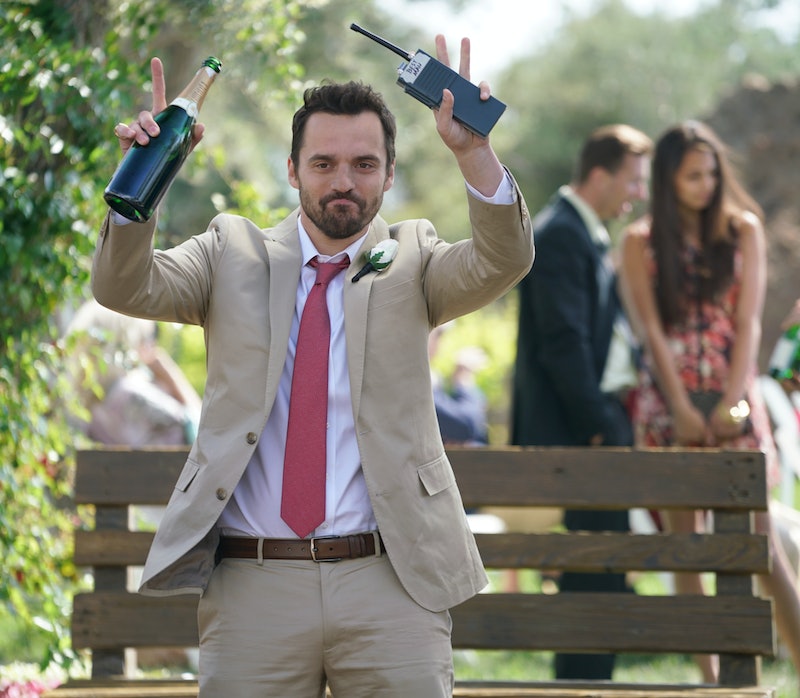 While a vast majority of the New Girl Season 5 finale focused mainly on Schmidt and Cece's wedding, there was another developing storyline playing out that managed to put a slight damper on the festivities, depending upon how you look at it. Thanks to his budding relationship with Reagan (who did make a surprise return for the wedding, FYI), Nick might be leaving New Girl temporarily in order to come with Reagan on her three-month business trip to New Orleans. And while normally Nick has tended to recoil at big changes like this in the past, it seems as though he really plans on seeing this adventure through. So does that mean we won't be seeing much of Nick come Season 6?

Unfortunately, that's a question that may only be answered when the FOX series returns, but if that's true, then I am not happy about it. Don't get me wrong, I love Reagan as a character. However, if her relationship with Nick is going to take him away from me, then that's a price I'm just not ready to pay. Granted, if Nick does end up going away for three months with Reagan, the series could decide to do a quick time-jump to after they both return. The show itself will be on summer hiatus, after all, so the storyline doesn't necessarily have to pick up exactly where it left off, meaning we could still get our usual amount of Nick time each week.

Then there's the frustrating fact that Jess has finally realized what we've all known for a pretty long time. She still has romantic feelings for Nick, but she cares about him too much to get in the way of him and Reagan. I can't say that I didn't see this situation coming. The writers clearly weren't done exploring the whole Nick and Jess saga. But will Jess confess her feelings to Nick before he leaves? Will learning about those feelings be the reason he chooses to stay? Will he find out about them only after he returns from his trip?

Again, these are all questions that I have zero answers to right now, but I wouldn't be surprised if this big revelation ends up bubbling to the surface shortly after the show's return. The only question is how will Nick respond once he finds out?

Your move, writers. Until next season...