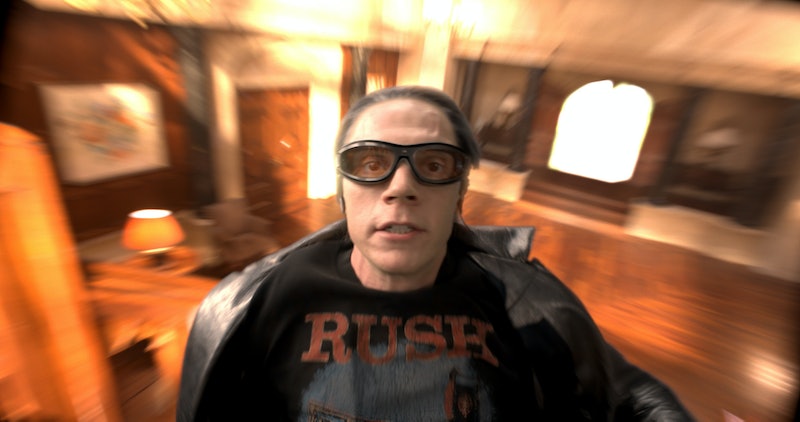 Now that Captain America: Civil War has arrived in theaters and steamrolled the competition, it's time to start discussing the next blockbuster superhero film, which arrives in just a few short weeks. I am of course referring to the next installment of the X-Men saga, X-Men: Apocalypse. Now, some fans have no doubt heard that the X-Men, like the Avengers in Civil War, are a Marvel Comics property. But since the two teams' don't crossover with each other in the movies, fans are also wondering just how the X-Men and the Avengers are connected.

Their comic book connections run deep, but first let me explain why you don't ever see the two teams in the same movies. Back before Marvel Studios existed, and way before Disney purchased Marvel, Marvel Comics licensed out some of its characters to various movie studios. One of theses studios was 20th Century Fox, who secured the rights to the X-Men and kicked off the modern superhero movie phenomenon in 2000 with X-Men. Marvel retained the rights to the Avengers and a number of other characters, began making their own films in 2008, and were then bought by Disney a few years later. Since Disney and Fox are rival studios, they aren't too keen on sharing their lucrative properties, which means you won't see the X-Men and the Avengers share a movie anytime soon. The comics, however, are a different story.

Both teams actually debuted on the exact same day, September 10, 1963, and were created by writer Stan Lee (whom you've definitely heard of) and artist Jack Kirby (whom you may not have). At the time, superhero teams were a hot commodity thanks to Marvel's The Fantastic Four, which debuted in 1961, so the company was looking to add more teams to their lineup of comic books.

The X-Men were created as brand new characters with a new type of power source — they were mutants who were born with their abilities, which differentiated them from other heroes like Spider-Man and Hulk who obtained their powers through radioactive accidents. The Avengers, meanwhile, were a group of heroes who were already present in the Marvel Universe (Iron Man, Thor, Hulk, Ant-Man, and the Wasp), and were brought together to form a mighty team — taking a page out of D.C. Comics' playbook by mimicking their successful Justice League title, which had debuted in 1960.

The two teams have crossed paths in the comics a number of times over the fifty-plus years they've existed alongside one another. They first came face to face in X-Men #9 in 1965, when both teams go after a villain named Lucifer and end up coming into conflict with each other. The first substantial crossover though, happened in 1965, when the mutant X-Men villains Quicksilver and Scarlet Witch join the Avengers. The characters' connection to both teams is the reason why two versions of Quicksilver exist at the movies: Evan Peters' X-Men version, and Aaron Taylor-Johnson's incarnation in Avengers: Age of Ultron, as the rights to the speedster apparently don't belong to any one studio exclusively.

Other characters often associated with the X-Men have also been members of the Avengers in the comics. The most notable is Beast, who switches from the team of mutants to Earth's Mightiest Heroes in 1975 and remains on the team until the '80s. Also enjoying a lengthy run as an Avenger in more modern times is Wolverine, who joins the team in the early 2000s and sticks around as an influential member for a decade and a half. Recognizable mutants like Storm, Rogue, and Havok have also joined various Avengers teams within the last five years, further blurring the line between the two properties.

So despite their lack of movie crossovers, the X-Men and Avengers will always be connected in the pages of Marvel Comics. And who knows, maybe some day Fox and Disney will set aside their differences and fans will be able to see the two teams share a screen. Hey, it happened with Spider-Man!